Mandela on life, the universe and everything 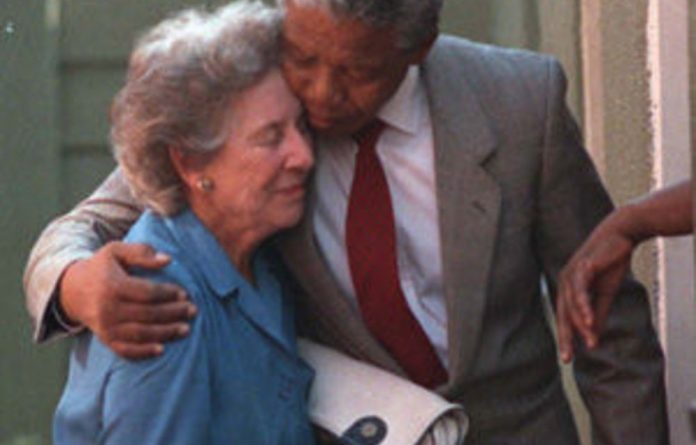 He was a man who moved a nation with his words. And through his words he helped a nation move towards democracy.

For many years, the quotes of former president Nelson Mandela could not be uttered in South Africa for fear of a criminal record or a prison sentence.

It was only on February 11 1990 that the world listened to a newly released Mandela utter the words: “I greet you all in the name of peace, democracy and freedom for all”.

Since then, Mandela’s words of wisdom have been quoted, often incorrectly, the Nelson Mandela Centre of Memory said on Monday.

The foundation decided to release a book of his quotes in June to provide an accurate and extensive resource for the public as well as document his life.

Gathered from Mandela’s vast archive of private papers, speeches, correspondence and audio recordings, the quotes give insight into a man who spent 27 years in prison and emerged to become a revered politician and father of the nation.

As he said on July 14 2000 at the International Aids conference in Durban: “It is never my custom to use words lightly.

“If 27 years of prison have done anything to us, it was to use the silence of solitude to make us understand how precious words are and how real speech is in its impact on the way people live and die.”

Mandela was an inspiration in prison long before he was released, said Ahmed Kathrada, a fellow prison inmate and chairperson of the Nelson Mandela Foundation.

“He led from the front … he was a man of courage, compassion and care,” he said, at a press briefing in Houghton on Monday.

“Read the book and be sure that Madiba has something to say on every topic.”

Nelson Mandela By Himself: The Authorised Book of Quotations, deals with topics from accountability to Zionism and also includes quotes about gardening, old age and heaven.

Mandela’s eldest granddaughter Ndileka said he was a man ahead of his time, and was candid and honest.

When she went to visit him in prison on Robben Island, his first questions to her were whether she had had a pap smear, if she had a boyfriend and if whether she was practising safe sex.

He also advised her when she was pregnant with her first child that it was never wise to have children too young.

Mandela, who turns 93 on July 18, has fathered six children, has 20 grandchildren and a growing number of great-grandchildren.

Embracing his life and the future, Mandela had this to say in an interview for a documentary in 1994: “When a man has done what he considers to be his duty to his people and his country, he can rest in peace.

“I believe I have made that effort and that is, therefore, why I will sleep for the eternity.” – Sapa