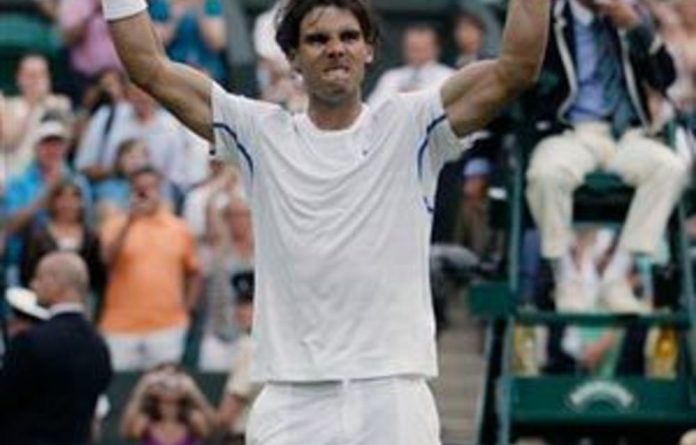 Defending champion Rafael Nadal said on Tuesday that he will be fit to play his Wimbledon quarterfinal against Mardy Fish after a scan revealed he had not suffered a serious left foot injury.

The world number one suffered the injury in Monday’s last 16 win over Juan Martin del Potro and immediately revealed that his future participation in the tournament was in doubt.

But the 25-year-old revealed on his Facebook page that he will be fit to take on Fish on Wednesday.

“Yesterday after the match I went to take an MRI at a London hospital,” he said.

“During the match I thought I had something serious. But as the match went on the pain got better and thankfully the tests don’t show an injury.

“Today I will practice at 4.30pm and I’ll play tomorrow. Thanks all for the support.”

The top seed was immediately despondent over his chances of taking on American 10th seed Fish on Wednesday.

“I cannot predict the future but I am worried for sure,” said the Spaniard.

“I felt really bad at 6-5 in the first set. I thought I had broken my foot at that moment. I asked for the trainer when the game was done.”

Nadal had his foot bandaged during a lengthy medical time-out at 6-6 in the first set in Monday’s last 16 match on centre court.

While he sat in his chair, he grimaced with pain, but still came out for the tie-break which he won even though his movement appeared to be restricted.

“I thought I would have to retire at the end of the first set because there was a lot of pain. But the tape changed the situation. At 6-5, I pushed hard with the forehand. I felt something crushed there in the back of the foot.” — AFP