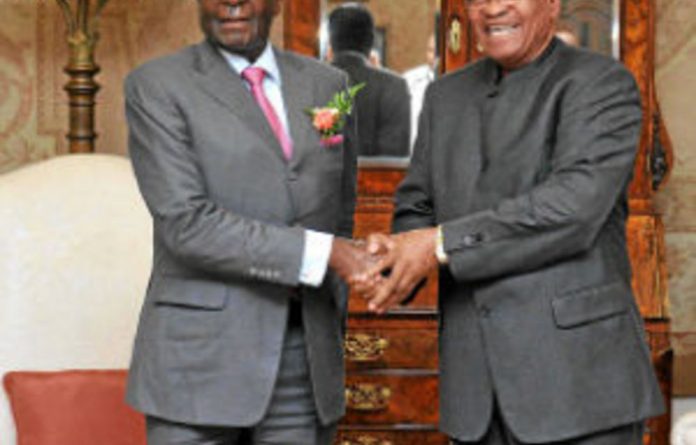 The letter of protest by four judges of the South African Development Council (SADC) tribunal about the tribunal’s suspension at a regional summit was described this week as “unprecedented” and “a powerful denunciation of the summit’s conduct”.

Observers also noted the role of South African Justice Minister Jeff Radebe in “the process of dismantling the tribunal and paralysing its operations”.

The suspension, by SADC justice ministers at a heads of state summit on May 20, is widely seen as a sop to Zimbabwe. In a judgement in 2008, the Supreme Court found that Zimbabwe’s “land reforms” were racist and that expropriated farmers who applied to it for redress were entitled to compensation. When the Zimbabwean government failed to act on the ruling, the tribunal found it in contempt.

In their letter last week, the former tribunal judges, including former president and former Mauritian chief justice Ariranga Pillay, denounced the summit’s decision as illegal, because it was itself subject to the tribunal’s jurisdiction.

The judges also accused the SADC justice ministers of acting in bad faith, saying that they had declared that the tribunal was legally constituted after commissioning an external review of its status, only to “open anew the debate and express concern about the scope of jurisdiction of, and the law applied by, the tribunal”.

What the ministers should have done, the judges complained, was make decisions “about appropriate action to take against Zimbabwe for non-compliance with the judgements of the tribunal taken in 2008 and 2010 respectively”. The judges went on to argue for compensation for themselves.

This week, Ben Freeth of SADC Tribunal Rights Watch said that the letter was “surely unprecedented among judges in any international court anywhere in the world”.

Said Freeth: “We must all do what we can to bring the SADC leaders to account for acting against the SADC treaty and denying the people of the SADC their right to approach the tribunal when the pursuit of justice fails in their own countries”.

Cape advocate Frank Pelser called the judges’ letter “a powerful denunciation of the summit’s conduct and an important contemporary piece in the rule-of-law jigsaw puzzle of Southern Africa.

The Democratic Alliance’s Wilmot James, a member of the SADC parliamentary forum, described the dissolution of the tribunal as “a great shame” and called for it to be reinstated as previously constituted.

“The fact of the matter is our minister of justice, Jeff Radebe, led the process of dismantling the tribunal and paralysed its operations,” James said. “It was the most prestigious part of the SADC, was independent and had robust judges. The motivation for the decision was to protect Mugabe. He said the DA was “looking at the possibility of appealing to South Africa’s high court and Constitutional Court”.

Chief director of the Africa multilateral unit at South Africa’s department of international relations, Ajay Bramdeo, said that the justice department was better equipped to answer the Mail & Guardian‘s questions, as it had already assessed the possible outcomes of the communiqué.

Justice department spokesperson Tlali Tlali said: “We are unwilling to speak on this thing because it is a matter that is raised at an international level.”

“I don’t know what it is Dirco feels uncomfortable about — it’s the line function department to represent the country in matters of this nature.”

The international response remained muted, however, with the European Union and the Chinese, United States and British governments declining to comment.

“The EU does not wish to comment on the letter or the process around the SADC tribunal, which is an internal matter of SADC,” said Gerard McGovern, the head of the EU’s Botswana delegation. “However, we do have principles that we feel strongly about, including respect for human rights, democracy and the rule of law. EU support is linked to performance in these areas.

The SADC justice ministers’ communiqué, which inspired the judges’ letter, called for the judges not to be reappointed after their contracts expired on August 31 last year, for the dissolution of the tribunal, and for the establishment of a new tribunal with a different jurisdiction.

Ariranga will be in South Africa on July 11 to address discussion of the tribunal’s dissolution jointly staged by Freedom under Law and the Constitutional Court Alumni Association.

This article was supported by a grant from the Open Society Foundation. The views expressed in it are those of the author

The wicked challenge of rethinking internationalisation in Southern Africa

Mozambique needs an intervention – but SADC must not rush in blindly