War orphans on the run 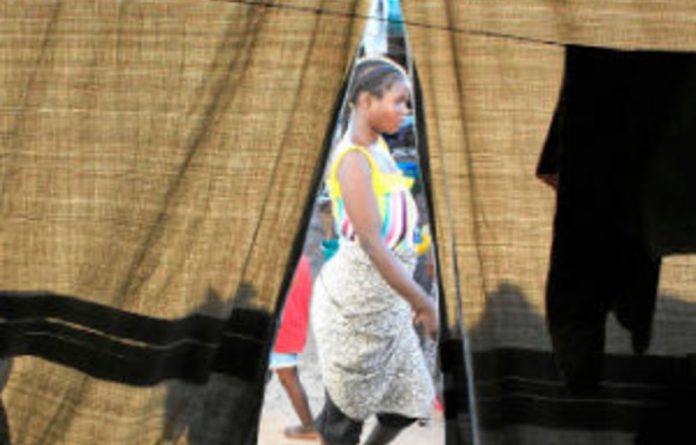 It was when armed men appeared in town that 13-year-old Israel Gbehe knew it was time to run. The town of Toulepleu in Guiglo county, Côte d’Ivoire, was under attack.

Israel didn’t know whether the fighters were supporters of Laurent Gbagbo, the country’s deposed president, or Alassane Ouattara, his successor. What he did know was that he needed to find his five-year-old sister, Pacifique, and join the crowd of people fleeing the town and heading to the Liberian border.

“I just saw armed men that came to the town. I didn’t have time to see my family,” said Israel, who was living with relatives in the town while he and his sister attended school. “We walked through the bush back to my parents’ house but when we got there I didn’t see my parents. We met other people escaping to Liberia so we joined them.”

The next day Israel and Pacifique were at a United Nations refugee transit point in the northeast of Liberia and eventually transferred to Bahn refugee camp in Nimba county. That was in March.

Israel and Pacifique are among more than 2 000 children now at Bahn, 52km from the Ivorian border. The camp was built in January in an attempt to ease the pressure on the border towns that were filling up with Ivorians fleeing post-election violence.

But the majority of people have chosen instead to stay a little closer to home and in many cases have been offered shelter in the homes of Liberians living in villages dotted along the border (Liberian families are returning the favour for the support they received from Ivorians when they were forced to escape civil war).

According to figures published by the UN refugee agency, the UNHCR, in May, more than 175 800 Ivorian refugees had crossed the border into Liberia since last November’s disputed election, most settling in Nimba county. Thousands more have reportedly fled to Guinea, Mali, Burkina Faso, Togo and Ghana.

Since arriving at Bahn, Israel and Pacifique have been placed with a foster family, while the International Committee of the Red Cross helps to trace their parents. Pacifique is attending the camp’s primary school and, in the absence of any formal secondary education, Israel spends time in what’s known as a “child-friendly space” (CFS), a youth club of sorts that offers young people the chance to meet, play games, share experiences, receive counselling and gain skills it is hoped they can use when they return home.

Both the school and the CFS have been set up by the non-governmental organ­isation, Save the Children, which is responsible for education and child protection in the camp.

Unaccompanied or separated children present a particular challenge when they arrive at Bahn. Apart from the distress of having to flee their homes without close family, some youngsters, particularly girls, may have been sexually assaulted on their way.

Fiona Bukirwa, Save the Children’s child protection manager at Bahn, said that ensuring their protection while they were in the camp was vital. “When they arrive, we work out who has the most urgent needs, who needs to be put in foster care,” she said. “We try to put them with a relative of sorts. We monitor them on a regular basis.”

Bukirwa said that since January about 450 children arrived at the camp either alone or with relatives who were not their usual caregiver. She said about 50 girls said they had been sexually assaulted. “We have a lot of cases of children being gang-raped or raped along the way.”

Young people who have been assaulted are referred to Médecins sans Frontières, which takes care of the camp’s medical needs, and then Bukirwa and her team try to provide counselling, which includes sessions for teenage girls about how to avoid sexual abuse and exploitation while they are in the camp.

Save the Children also recruits foster parents to offer an extra layer of protection. Adele Bekabo Bouh (30) is one. She arrived at the camp with her husband and 12-year-old daughter in February, after fleeing Côte d’Ivoire when a neighbouring village was attacked.

“When I saw these children I felt so sorry for them, and felt they could be my children,” she said, sitting outside her tent, with Pacifique sitting on her lap. Israel was inside sweeping.

He said Pacifique was finding it very hard being away from her parents. She was often sad and upset — and he got sad too. He wanted to go home and see his parents. “I want to go back to school,” he said. —