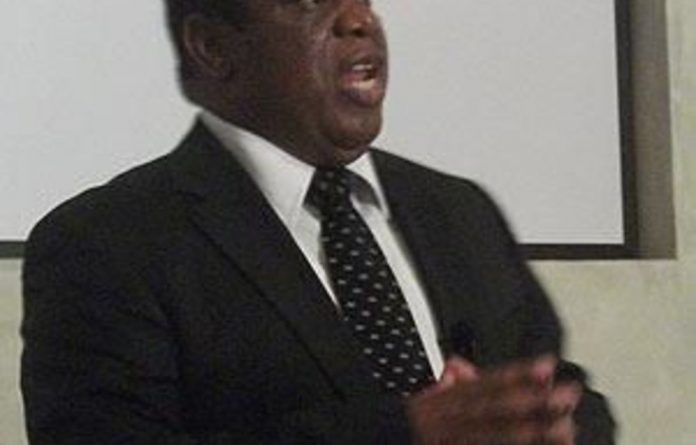 One of the strongest statements made last year by Robert Gumede has come back to haunt him.

“Change in its nature brings fear to those who are in control,” Gumede said when it was first announced that Guma and Trans African Capital (TAC) were negotiating a 49.9% stake in the Golden Lions Rugby Union (GLRU).

At that stage the IT mogul was in good spirits, convinced that their involvement as equity partners with the union, and its struggling team, would break new ground in the transformation of rugby.

Eight months later, Gumede and his partner, Ivor Ichikowitz, insisted that negotiations broke down this week due to resistance against change at the GLRU.

Ichikowitz said on Saturday that the transformation for which they had strived had less to do with race and more with the way in which the GLRU, as a business, was being run.

“Our walking away from this deal is not a racial issue, said Ichikowitz.

“Our goal was to change the way the business leg of the Lions was run with specific emphasis on marketing and management, or creating a brand all South Africans can identify with.”

Prior to the arrival of the billionaire investors, the Lions had already started restructuring by firing some of their key decision makers.

First, in perhaps one of the most embarrassing moments in the union’s 120-year history, coach Eugene Eloff was sacked in May 2009, a week before the Lions hosted the British and Irish Lions.

Then, the following month, long serving president Jannie Boshoff was asked to step down.

Disappointment
Like Eloff, who later spoke out about the union’s poor administration, Gumede and Ichikowitz had voiced their disappointment.

Their concerns surfaced in a document signed by Gumede and Ichikowitz that was leaked to the media this week.

Some of the more serious allegations in the letter, addressed to GLRU president Kevin de Klerk, revolved around the management of the Lions’ financial affairs.

Ichikowitz said they wished no further damage to the reputation of the GLRU.

“We don’t want the Lions to suffer reputational damage,” he said.

“We want the franchise to succeed with or without us.”

Despite the public spat, Ichikowitz said they would continue to search for ways to get involved in the sport.

“We will not be walking away from rugby,” he said.

“We still remain very committed to rugby as an opportunity to create a sport everybody subscribes to.

“Our passion for the Lions hasn’t gone away either.

“The fact that the board and current management hasn’t been able to see this through to conclusion doesn’t mean that a future board and management won’t see it differently.”

Guma TAC was not the first high-profile company to part ways with the Johannesburg rugby team.

The concerns with regards to the union’s professionalism, voiced by Guma TAC, also surfaced when World Cup winning coach Jake White — now the Brumbies head coach — was employed as a consultant shortly after Eloff was replaced by Hans Coetzee.

Lack of cohesion
White’s company, Jake White’s Winning Ways, believed the lack of cohesion between management and the coaching structures would always be an obstacle.

Current Lions coach John Mitchell had also, on multiple occasions, stressed a need for unity at the top before the results were to start showing on the field.

The real tragedy — according to Gumede and Ichikowitz — was that the Lions had missed an opportunity to build a legacy that could have been used as a blueprint for transformation in other sporting codes.

“The reason we decided to get involved in the first place was to make rugby an all inclusive sport and not only the unique domain of a small group of the South African population,” Ichikowitz said.

“Sure, Lions rugby has 120 years of history, but it’s not all good history and they seem to be embracing the past rather than looking at how they can change and improve in the future.

“I really thought that South Africa, after 17 years of democracy, had come of age the day we announced this deal.

“I’m disappointed, gutted and emotionally hurt that my perception that South Africa was ready for a deal like this was incorrect,” he said. – Sapa