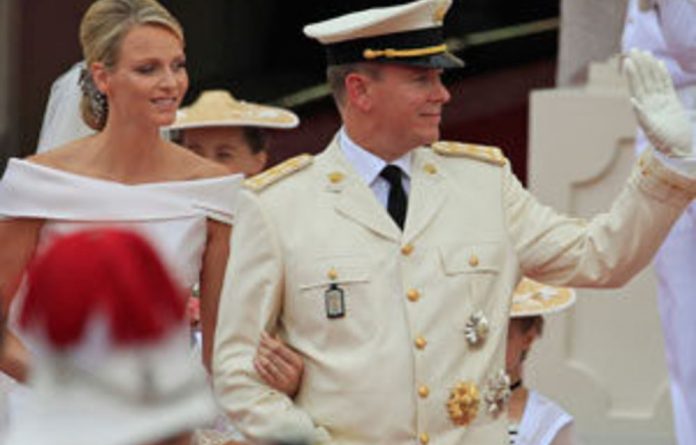 Newlyweds Prince Albert II and Princess Charlene of Monaco arrived in her home country South Africa on Tuesday after their weekend wedding, according to the hotel where they are hosting a reception.

The couple are in the eastern port city of Durban for the annual session of the International Olympic Committee (IOC), and are planning a lavish dinner reception for 400 guests Thursday night at a hotel in the nearby resort town of Umhlanga.

The five-star Oyster Box Hotel said the princess had dropped by shortly after arriving to go over plans for the party.

“Obviously we are delighted, it is wonderful for Umhlanga and of course the Oyster Box.”

South African media have reported that the couple are staying in the hotel’s lavish presidential suite, but the Oyster Box declined to confirm if they are guests.

“The whereabouts of our guests and who is staying at the hotel is private information which we do not divulge,” spokesperson Joanne Hayes said.

Both Albert and Charlene are former Olympians — he a bobsleigh racer for Monaco, she a backstroke swimmer for South Africa.

Charlene (33) trained in Durban ahead of the Beijing Olympics in 2008.

The couple moved their wedding up by six days to be able to attend the IOC meeting, where the host of the 2018 Winter Olympics will be decided on Wednesday.

Albert, the 53-year-old son of late Hollywood star Grace Kelly and Prince Rainier III, has been a member of the IOC since 1985. — AFP