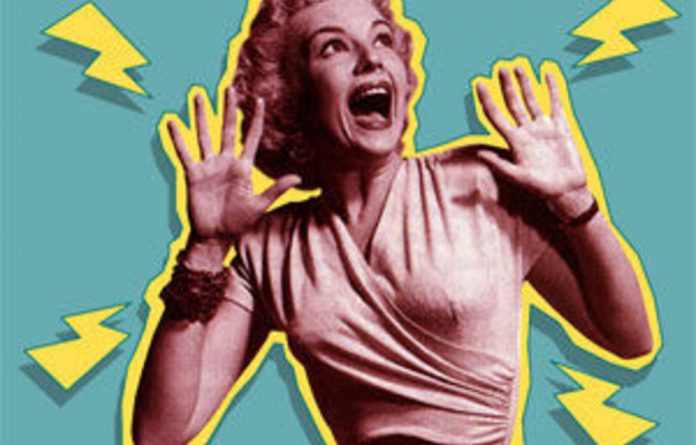 Nothing exhilarating is happening, no big presentation to a new, powerful client, and nothing dangerous is happening either. It’s a panic attack, and at least 8% of South Africans have had one.

A sudden surge of overwhelming fear that comes without warning, without any obvious reason and lasts for between five and 30 minutes, a panic attack is a sudden rush of anxiety that may happen because of stress. But a panic attack is the result of far more than simply being stressed.

Graduating from university, your first “real” job, getting married, having a baby, moving house, losing a business account, giving a presentation to the board of directors or being hijacked all cause stress. We talk about “being stressed”, about having more on our plates than we can cope with, yet we secretly admire those people who can juggle a career, a family and a social life.

We have been conditioned to believe that stress is normal, that we should expect it and that if we aren’t stressed to breaking point something is wrong — we’re not doing our “jobs” properly. Not all heart attacks begin with the sudden, crushing chest pain you see on TV. Many start slowly with mild pain or discomfort.

Heart disease is still the biggest killer and we are educated about the signs and symptoms of a heart attack. So it’s no wonder that with the onset of chest pain, numbness in the fingers, dizziness and shortness of breath many people rush to the emergency room.

Johan*, a 44-year-old businessman, has seen many hospital ­emergency rooms. “I was sitting in my office after a meeting, having a cup of coffee, when my heart started thumping and I felt dizzy and nauseous. I was sure I was having a heart attack.” He was rushed to the hospital — but he was fine. “Indigestion and stress, they said.”

Then it happened again — and again. After tests and more tests, EEGs, ECGs, blood tests and X-rays he was finally diagnosed with panic disorder. Although there is no data available for South Africa, we know people can sometimes see up to 10 or more doctors before being properly diagnosed with an anxiety disorder.

“Only one in four people receive the treatment they need,” said Cassey Chambers of the South African Depression and Anxiety Group (Sadag). The “flight or fight” reaction we experience when we’re in danger becomes overwhelming during a panic attack. “Panic attacks happen suddenly, seemingly without any warning or cause. And the level of fear the person experiences is totally out of proportion to the actual situation,” said anxiety expert Dr Colinda Linde.

The episodes seem to last forever but in reality they pass in a few minutes — the body can’t stay in “fight or flight” for longer — but attacks can happen repeatedly over hours in extreme cases. “I was 45 when I had my first panic attack”, said 60-year-old James*.

“I felt overwhelming anxiety in my mind and body. I went to the emergency room a number of times, too, but I didn’t have a GP who knew me well and generally GPs and hospital staff didn’t have a full understanding of anxiety disorders or panic, so I remained frightened of what was happening to me for many years, convinced there was a problem with my heart.”

Men often let other people — colleagues, bosses, rivals — set their pace and benchmarks at work. They become preoccupied with winning at all costs and this causes stress. Although the greatest stress trigger for women, unsurprisingly, is usually relationship issues, for men it is performance failure. Whereas women tend to seek emotional support, men tend to withdraw socially.

“Managing stress is very different for men and women,” said Linde. “Women often seek support and discuss their experiences to ­process what is happening and explore solutions.” Men frequently seek an escape activity, such as golf. Golf is a common example of how men escape their stressful energy. The problem is that men don’t take time between rounds to delve into their feelings.

“Because of stigma and misunderstanding I didn’t ever talk about how I was feeling or what was happening. I had a stressful, fast-paced job and the anxiety really took its toll. I had to leave and eventually took a job that was not going to stress me too much”, said James.

Panic disorder is a condition that can seriously affect your life. Although the exact causes are unclear, there seems to be a connection with stressful life events that act as triggers. A panic attack is not dangerous, even though sufferers feel that way.

“They can be terrifying, though,” said Chambers. “Many people feel out of control during an attack and start to try anything to avoid another one.” When Johan experienced his first “heart-squeezing, brain-numbing terror” he assumed it was a normal part of dealing with deadlines and pressure and that it would go away. But the attacks didn’t go away.

“I started having them before every big meeting, so I started making excuses and handing over projects to subordinates to try to avoid the panic.” This is common. People with panic disorder often avoid places where, if they have an attack, they can’t get help.

Some people avoid going to movies, supermarkets or even heated rooms because they’re afraid these places might trigger an attack. Many people who suffer from panic disorder are worried that they’re going crazy or that the panic might induce a heart attack.

“I was convinced that if I wasn’t having a heart attack at that moment it was just a matter of time until I did,” said Johan. Panic disorder is highly treatable and treatment is effective.

Most specialists agree that cognitive behavioural therapy (CBT) is the best treatment for panic disorder, although medication might also be appropriate in some cases. The first part of therapy is largely informational — “for many people just understanding what is going on is a huge help,” said Chambers.

“With CBT I was helped to change my way of thinking. Instead of panicking when I felt out of breath, I was taught to be more rational and realistic,” said Johan, who now attends work meetings and presentations. “Support is crucial to getting and staying well. It’s important to get someone in your life who you can trust to give you emotional support,” said James.

But not everyone has someone they can talk to. Managing stress from over-demand and inadequate self-maintenance is very important. We are all under chronic stress for various reasons and we need to find healthy and adaptive ways to deal with it.

The human body has not evolved to cope with chronic stress. It can increase a person’s risk of everything from anxiety, depression and burnout to heart disease and impaired healing. Stress is a part of life, but anxiety doesn’t need to be.

Sadag runs a toll-free helpline to enable people to identify the symptoms of a panic attack and get the help they need. The helpline is open seven days a week from 8am to 8pm on 011 262 6396

The Rage Room: ‘Break things to your heart’s content’