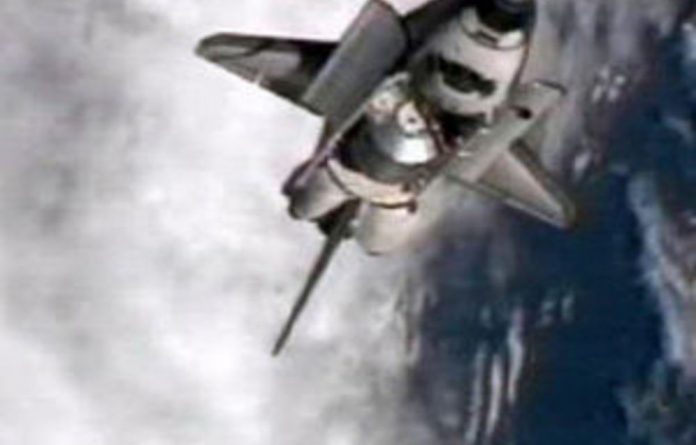 Nasa is tracking a piece of Soviet space debris that could collide with the International Space Station, the US space agency said on Sunday after the shuttle Atlantis docked on its final mission.

The space junk is part of Cosmos 375, a satellite launched in 1970 by the former Soviet Union and which collided with another satellite and broke apart, but details about the size and exact trajectory of the object were unknown, Nasa said.

However, the debris could be on a collision course with the station at 4mp GMT on Tuesday, the same day that two US astronauts are scheduled to step out on a spacewalk.

“The team expected updated tracking information following today’s docking to help determine if a manoeuvre using the shuttle’s thrusters is necessary to avoid the debris,” Nasa said in a statement.

Word of the debris came shortly after Atlantis docked at the orbiting International Space Station for one last time, on its final space voyage before the entire 30-year US shuttle programme shuts down for good.

The shuttle docked at 3.07pm GMT, just over an hour after the spacecraft performed its habitual slow backflip so that the ISS crew could take pictures of Atlantis‘s heat shield before clasping on to the lab, Nasa said.

Hatches opened between the two spacecraft at 4.47pm GMT, and the four Atlantis astronauts floated across to greet their ISS crewmates with hugs and smiles.

A close call between the orbiting outpost and a piece of space debris happened just two weeks ago, and the astronauts took temporary shelter in their Soyuz spacecraft docked at the station until it passed.

‘Lot of junk in orbit’
Flight controllers are monitoring more than 500 000 pieces of debris in Earth’s orbit, Nasa said.

“It is not uncommon. There is a lot of junk in orbit and there are a lot of objects that are being tracked,” said deputy manager of the space shuttle programme LeRoy Cain.

“What we were told today is very preliminary,” Cain said. “It is a potential right now.”

Atlantis‘s flight marks the end of an era for Nasa, leaving Americans with no actively operating government-run human spaceflight programme and no method for sending astronauts to space until private industry comes up with a new capsule, probably by 2015 at the earliest.

With the shuttle gone, only Russia’s three-seat Soyuz capsules will be capable of carrying astronauts to the ISS at a cost of more than $50-million per seat.

Asked on CNN on Sunday about headlines that proclaim the start of a period of Russian dominance in spaceflight, the US space agency’s administrator Charles Bolden said: “I don’t think I could disagree more with the headlines.”

“We have been the leader for many years, many decades now, and that will — we will maintain that leadership,” said the former astronaut.

Atlantis is carrying 3 000kg of supplies, which the combined crew of 10 — four aboard the shuttle’s STS-135 mission and six aboard the ISS as part of Expedition 28 — will transfer during the mission.

A failed ammonia pump will then be transferred to the shuttle payload bay for return to Earth.

Monday will be occupied with setting up the transfer of the Raffaello multipurpose module, which holds the extra supplies, from the shuttle to the Earth-facing side of the station’s Harmony module.

A spacewalk by American ISS crew members Garan and Mike Fossum is set for Tuesday.

The duo has already stepped out together on three spacewalks in June 2008 as part of the STS-124 mission that delivered the Japanese Kibo lab to the ISS.

The shuttle’s return to Earth is currently scheduled for July 20, though Nasa may add an extra day to the mission.

After that, Nasa will continue working with private industry on plans to build a next generation spacecraft to tote astronauts and cargo to the ISS, while Nasa focusses on a multipurpose crew vehicle that could take astronauts to deep space, Bolden said.

During pre-election debates in the United States, very little has been said on how they view one of the world’s largest markets — which, in turn, is determined to come into its own
Read more
Sci-tech