Madonsela, then Hofmeyr … spot the pattern 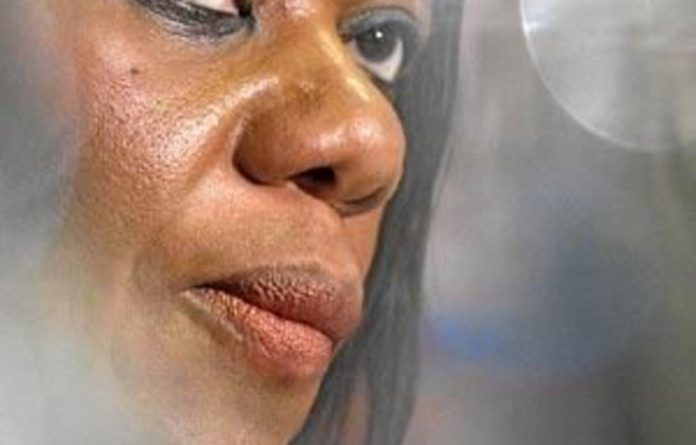 The reported probes of Public Protector Thuli Madonsela, and Special Investigating Unit (SIU) boss Willie Hofmeyr were part of a pattern and created a “worrying picture” about police conduct.

“This is a very, very disconcerting development,” chairperson of the Council for the Advancement of the Constitution, Sipho Pityana, said in an interview at his office in Parktown, Johannesburg, this week.

Nel, head of the now-defunct crime-fighting unit the Scorpions, was arrested in 2008. He was the prosecutor heading the probe against corrupt former police National Commissioner Selebi.

“Now you have what seems to me, a pattern.”

Pikoli, former National Prosecuting Authority head, was suspended, then sacked in a protracted battle with the state.

The raid on the Public Protector’s offices earlier this year, by two crime intelligence officers, should have sent a warning that all was not well, said Pityana. Police bosses denied knowledge of the raid.

‘Nobody asks questions’
“There is no full report to the public. The matter is not referred to an independent body, the ICD [Independent Complaints Directorate]. And then you have these officers return to work. No punitive action is taken against them for conducting themselves in a manner that amounts to an attack on a body that has been established for the protection of the Constitution.

“Why were we surprised when now there is an investigation?” said Pityana.

Madonsela’s offices were raided shortly after she released a report that found the SAPS’s lease of a Pretoria building for R500-million was unlawful. Shortly before she was about to release her findings into the police’s suspect rental contracts with property vendor Roux Shabangu, the Star reported that her arrest on fraud and corruption charges was imminent.

This was followed by denials of any probe into the protector, and by a report that Hofmeyr was facing investigation for allegedly flouting procurement procedures in his office.

The SIU is involved in several serious investigations, among them a probe into police procurement procedures for new office space.

In March Hofmeyr told MPs the unit was probing 16 departments and public entities for fraud, graft and maladministration.

It seemed, he added, that anybody who investigated corruption had to accept that they themselves would eventually be investigated.

The police’s conduct was “questionable” and it was hard to believe they had bona fide intentions.

“In the eyes of ordinary South Africans, it creates an impression that if you touch certain people in society when it comes to corruption, you must be prepared to pay the consequences. That is not acceptable, that is an affront to a constitutional democracy.”

“It is not an exaggeration. The spokesperson of the president says people must stop exaggerating, but if it was just an isolated incident maybe you could overlook it. But when you look at it in the context of the pattern of behaviour, then it is very, very worrying … it’s not enough to say that we have got assurances that this is not what is being done.

‘Chaotic and dangerous situation’
Pityana said South Africa was on a “dangerous road” if state institutions were being used to fight personal vendettas or political battles.

State institutions were not “fiefdoms”. He was surprised Parliament had not summoned Police Minister Nathi Mthethwa and police National Commissioner Bheki Cele to attempt to “understand” the probes into Madonsela and Hofmeyr.

“Why are the Hawks investigating the SIU? Why do you have the Hawks being investigated by police intelligence? It creates a very, very chaotic and dangerous situation when the security structures get pitted one against the other. They should be working together.

“Once you go down the route of abuse of state institutions to settle political scores, or to settle differences with people you don’t agree with, you don’t like, we are in for a very dangerous ride. And it is an affront to the Constitution because these institutions are supposed to be at the service of everyone.”

However, he said he could not imagine that state institutions were being used in the ANC’s succession battle ahead of its elective conference next year.

“If you look at ANC policies adopted at the last conference, they are unambiguously strong against corruption.”

The ANC’s Polokwane resolutions took a hard stance on graft, which was why ANC ally the Congress of South African Trade Unions was pushing to have them implemented.

But very little has been done by the ANC in government to breathe life into these resolutions — which include regulating party political funding and investment companies linked to political parties.

Pityana said while corruption was a big problem in South Africa, the trend was not irreversible.

“There is sufficient political goodwill to reverse the trends, but we need to act and act fast.”

Pityana was hopeful Parliament would draw up legislation to institute such a body. – Sapa