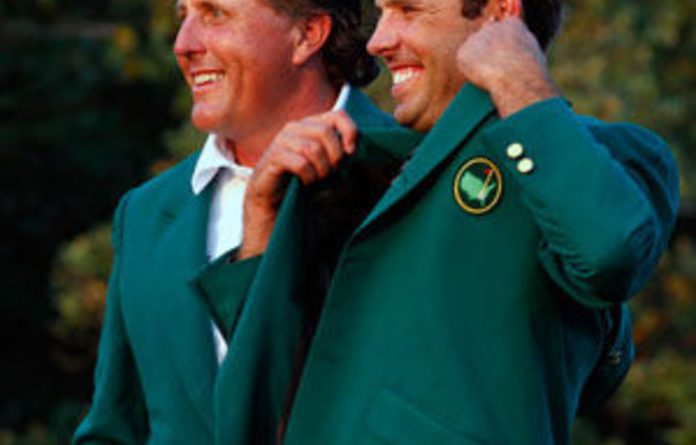 There will be a huge depth of golfing knowledge amid the galleries of Royal St George’s this week but even the keenest statistician might be hard pressed to name the winners of the last 11 Major championships.

What makes it such a tricky challenge is that the 11 tournaments have been won by 11 different players in a stark illustration of how dramatically different golf’s landscape has become since Tiger Woods slipped from his once-dominant perch.

Harrington also won the British Open in 2008, which coming after Woods’s US Open triumph and Trevor Immelman’s victory in the Masters that year makes it 13 different winners of the last 14 Majors.

“The game is in a transition and I would really say a transition from Tiger,” 18-times Major champion Jack Nicklaus said after McIlroy swept through the US Open.

Woods won the 2008 US Open despite struggling with the knee injury that eventually required surgery and kept him out of the remaining Majors of the year.

His subsequent domestic problems kept him off the course for almost five months and on his return he struggled to rediscover his best form.

More injury trouble kept him out of this year’s US and British Opens and his rivals have wasted little time in rushing to fill the vacuum caused by his decline.

Different nationalities
Those 11 winners include seven different nationalities; eight of the last nine were winning their first Major while the four current Major holders – McIlroy, Schwartzel, Kaymer and Oosthuizen – are all in their twenties, the first time that has happened.

“There are probably a number of reasons that you could argue [for the variety of winners] but certainly the depth of talent is the first and foremost,” Mickelson said.

“The quality of play now that has come across the international circuit is some of the best I’ve seen. I think the overall level of play throughout the world internationally is what has sparked that and I wouldn’t be surprised to see a first-time winner this week.”

Eight years ago when the Open was last at Sandwich, Ben Curtis was not only a first-time winner but victorious in his very first appearance in a Major. A repeat is highly unlikely — he was the first man to do it in 90 years — but the American maintained it was a wide-open tournament.

“There are probably 130 guys [out of 156] who could win this week,” he said. “Maybe 20 or so may not be feeling well or their game is really bad coming in but pretty much anyone in the field can win.

“It’s just a matter of having the right things go your way and making a few putts here and there.”

Justin Rose, another player to make a dramatic entrance when he finished tied for fourth as amateur on debut at the 1998 Open, agreed.

“It needs patience so it could suit a more experienced player but on the other hand someone who can just come out and go round with clean ball-striking could do well,” the Englishman told Reuters.

“Eleven different winners could easily become 12 on Sunday and I hope that 12th will be me.” — Reuters