Silvio Berlusconi may have screwed Europe, not just Italy 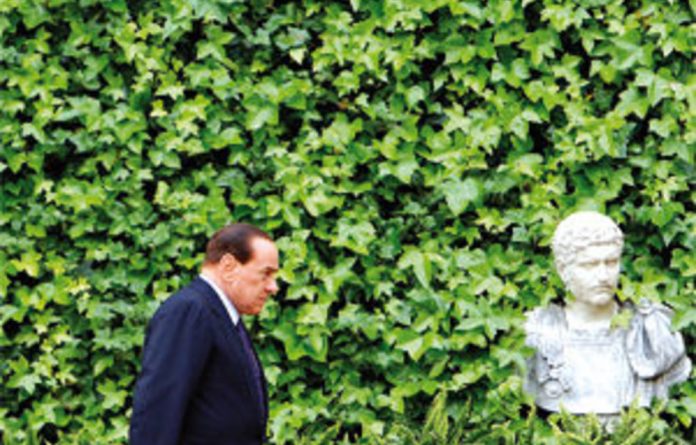 What is happening in Italy? Old stereotypes have been common in recent reporting of the worsening crisis in the eurozone. These Mediterranean countries with their big state debts, “problems” with criminality and established black economies have frequently been lumped together as the “sick men of Europe”: lazy, unproductive, with trade unions who go on strike and people who protest in the streets. How outdated they are! Yet this kind of analysis is almost useless in helping us understand what is happening in Italy, and why is it taking place now. It also gives us no insight into the deep human costs produced by Italy’s current problems.

There is no doubt that the Italian economy is in deep trouble. The huge state debt has been in place for decades. Savage cuts have hit the education and the university sector. Many young people find it almost impossible to find stable work, thanks to a massive increase in the flexible nature of the labour market, something that has been pushed by governments of both the left and right in the 1990s and 2000s.

As a result, a whole generation is being systematically excluded from professional work and state institutions. The brightest minds have left, but many highly talented Italians still work for nothing in the vain hope of a future post. I know many brilliant historians who have published books and articles of the highest quality, but who are effectively unemployed right into their 40s and 50s, and are forced to humiliate themselves by hanging on to their patron’s coat tails for years. Italy has always been something of a gerontocracy, but this tendency has worsened considerable in recent times.

‘Dirty’ jobs
Moreover, the millions of immigrants who have come to Italy to look for work since the 1980s are in a particularly vulnerable position. Often employed in the country’s large black economy, these immigrants have never been allowed much access to welfare state services, and usually end up in the “dirty” jobs at the bottom of the social scale. They are often easy prey to the criminal organisations that control much of the illegal sector in the south and large parts of the north of the country. Go into a building site in Italy, or a restaurant kitchen, and you will not hear Italian being spoken. Yet, without these people, the country would grind to a halt overnight. Grotesquely, some even blame these immigrants for the crisis.

Yet there may well be at least one positive outcome from these recent events. This crisis is another indication of the impending end of Silvio Berlusconi’s colourful and extraordinary political career. Berlusconi took on his finance minister over the recent budget, and lost. He tried to impose tax cuts, but failed to do so. His hold over the Italian people is weakening by the day. Defeated in his home town of Milan and then in three national referendums, he now struggles even to control his own Cabinet.

For the first time, there is open debate about his successor. The world has finally opened its eyes to the dangers of Berlusconi’s grip on power. For far too long, comment about Berlusconi’s reign has concentrated on the more exotic aspects of his private life — the girls, the parties, the gaffes, the hair, the bandanas.

But Berlusconi is much more serious, and deadly, than a few “bunga bunga” parties. This multimillionaire has been in charge of one of the world’s biggest economies for years, despite being entirely uninterested in the success of the economy as a whole, or in anything beyond his judicial situation and the fortunes of his private companies.

The Economist wrote, years ago, that Berlusconi was “unfit to run the country”. It was true then, and it is even more true today. A recent headline went further: here was a man who had “screwed an entire country”. But it now appears clear that such a statement was far too mild. Berlusconi has not just screwed Italy. He may well have screwed Europe.

The sooner Berlusconi goes, the better, although the deep structural problems inherent in the Italian economy and its self-perpetuating political caste will remain. Meanwhile, Italy’s young people and its immigrants will pay the price for the meglamania of a TV entrepreneur (sound familiar?) and the toothless nature of Europe’s political institutions. – guardian.co.uk