Beauty and the beast within 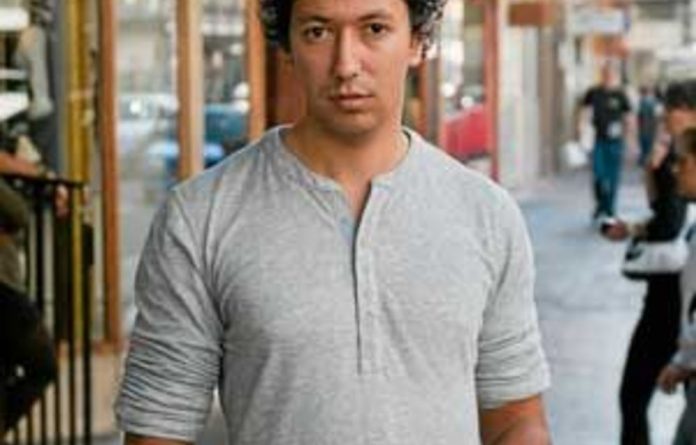 It was a bizarre advert in the classifieds section of a Cape Town newspaper that gave writer and director Oliver Hermanus the idea.

“You even had to bring a marriage certificate,” Hermanus mused last week when we met at the Beleza Café in Cape Town to talk about his new movie, Skoonheid (Beauty). “They might as well call themselves Repression R Us!”

The Queer Palm judges did not mince their words: “It is a true cinema film, a quite unpleasant one at first sight, and very disturbing, hard-hitting, radical.”

The movie will be shown for the first time in South Africa at the Durban International Film Festival in the week from July 21.

“I get goose bumps just thinking about it,” says Lotz. Says Keegan: “It’s not easy to watch yourself in a scene that [depicts a situation] you wouldn’t want to see anyone in.”

The main character distances himself from homosexuality, identifying himself instead as a “straight man who has sex with men”. The movie demonstrates Francois’s struggle to deal with his desires, which run counter to his cultural upbringing as a traditional Afrikaner with deeply embedded conservative, heterosexual values.

He is a family man living and working in Bloemfontein, the owner of a timber company, until he meets Christiaan at his daughter’s wedding in Cape Town. Francois becomes obsessed with this beautiful young man. His desire for 22-year-old Christiaan unravels his neatly compartmentalised life, ending the movie with Francois’s violent possession of the “beauty” society will not allow him to have.

A daring move
Hermanus pitched the idea to French producer Didier Costet in January last year after winning a spot in the Cine Foundation’s exclusive writing programme, which allowed him to spend several months in a house with five other scriptwriters in Paris. Each was supposed to write the script for a movie.

“I pretended I had a draft,” Hermanus says. This was a mistake — of sorts. Costet loved the concept and wanted to see the non-existent, completed draft a week later. Somehow Hermanus pulled this off.

“That’s what I really realised in the writing — I knew what I wanted to say,” Hermanus says. “I picked Bloemfontein because it felt like the city I had the least in common with. It’s a family values-based city, it’s a city with social structures in place.”

The entire process — from the first word to “Cut!” ­– took only five months and was filmed at locations in Bloemfontein and Cape Town. The film was co-produced between France and South Africa through Costet’s production company, Swift 2.0, and with funding from Equation Films, Moonlighting Films and the department of trade and industry.

“I was scared I’d written myself into a corner,” says Hermanus about finding an actor for the character of Francois. He was worried, he says, that he wouldn’t find an Afrikaner man who would want to play the role.

Then Hermanus saw Lotz’s head shot and called him in for an audition. Lotz had seen Hermanus’s first film, Shirley Adams (which took the feature film award at the South African Film and Television Awards) and knew he wanted to work with this young director.

Real-life issues
Francois might be a fictional character but he is not the only man dealing with these issues. According to the Centres for Disease Control and Prevention in the United States, more than three million men in the US who identify themselves as straight have had sex with other men.

And well-known American sex columnist Tristan Taormino says heterosexual men have sex with other men for many reasons. In his column in the Village Voice in 2008, Taormino says they do it “for anonymous, no-strings-attached sex; to explore homoerotic desire without a gay identity or relationship; or to fulfil a fantasy, including one of dominance and submission”.

“The reality of the film is that the main character is not gay,” says Hermanus. Rather he is infatuated, “like a 15-year-old”, and dealing with the object of his love being considered inappropriate by society.

Lotz says he never played the character as a gay man but as someone who is very confused. “It’s a story about a man going through a difficult time in his life, and I hope that the audience feels empathy for him.”

Dangerous beauty
But the film explores more than just sexuality in the Afrikaner community — its title comes from the concept that “beauty is poisonous”. Francois’s desire for Christiaan is the start of his spiral to self-destruction.

“We all want something, and invariably it is something beautiful,” says Hermanus. “Beauty ruins you.”

Keegan puts it another way. “Skoonheid is going to make a lot of people angry,” he says.

Over 250 screenings will be presented at the 32nd edition of the Durban International Film Festival that runs from July 21 to 31. Oliver Hermanus’s Skoonheid is showing at the festival on July 23 at 8.15pm at NuMetro CineCentre in Suncoast Boulevard, and on July 25 and 30 at 6pm at Ster Kinekor in Musgrave Centre. The full programme of film synopses, screening schedules, seminars and workshops is available on www.cca.ukzn.ac.za