Dipstick of where SA art is at 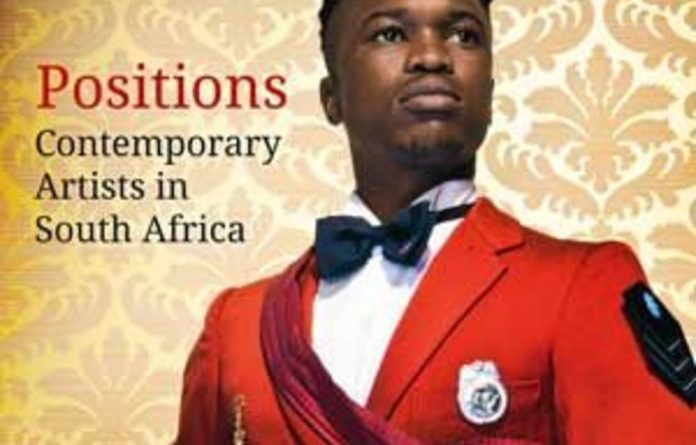 This meaty illustrated anthology begs comparison with Lee Hirsch’s Amandla (2003), a film engaging with how song and dance in apartheid South Africa dealt with what protest means.

But as with any group of mixed voices saying similar things, its strengths are mixed too.

In the introduction Peter Anders and Matthew Krouse write of how local protest song and dance turned inside out after democracy. They refer to the fact that, with all his foibles, President Jacob Zuma remains the only South African president to formally meet artists. The success of the encounter on November 17 2009 is less of an issue than the fact that it happened. But this book is not a treatise on how art and governmental politics overlap. It’s a splaying of information by a range of critics, in four chapters.

Deliciously provocative
First up is a gutsy essay by Andries Oliphant on performance poet Lesego Rampolokeng. Chapter one, “I Write to Fight”, engages street smarts. Neighbouring Oliphant’s essays are Ashraf Jamal on pan-African magazine Chimurenga, Jane Duncan on political cartoonist Zapiro and Kwanele Sosibo on playwright Mpumelelo Paul Grootboom. The last shifts in style to Q&A halfway through. Grootboom makes deliciously provocative comments about audience interaction, which could have been capitalised on but aren’t.

Oddly, many contributors relax into verbatim Q&A at some point in this book. Is this an easier way of writing? The outcome is often more about the interviewer than the content, bruising the book’s overall lucidity.

The second chapter, “What Rainbow?”, looks at the flawed fruit of the eponymous South African metaphor coined in 1994. It kicks off with a head-to-head between Rodney Place and dancer-choreographer Boyzie Cekwana. The interview grapples mostly successfully with Cekwana’s challenges to the vestiges of racism and colonialism, but the Q&A also damages its flow.

Still in the same chapter, Krouse’s contribution on Robyn Orlin breaks with formality, as the choreographer has done throughout her career. The essay grapples entertainingly with the inexorably controversial nature of Orlin’s work, leaving one sated and informed.

It is a pity more of the pieces in this book don’t come from a similarly intimate place. Krouse’s obvious knowledge of and engagement with Orlin’s work is not premised only on this anthology but dates back through years of interviewing, seeing and reviewing.

Shaun de Waal’s essay on gay and lesbian organisation Gala sits uneasily. Positions is about individual artists or art-related organisations, but Gala is an organisational entity and its focus here effectively blots out a potential one on confrontationally homosexual artists such as Mamela Nyamza, Zanele Muholi or Steven Cohen, which is a pity. Similarly, and towards the end of the book, Ali Hlongwane’s chapter on the Hector Pieterson Museum opens a new can of discursive worms that seemingly has little to do with the rest of this book.

Pertinence of xenophobia
Beginning the third chapter, “New Street, New People, New City”, Cara Snyman yields an extremely fine essay on Ismail Farouk, an artist — or self-styled urban geographer — who fights government restrictions on Johannesburg’s informal traders, succinctly throwing light on the city’s profusion of problems. These strengths are also present in Percy Zvomuya’s piece on Zimbabwean artist Kudzanai Chiurai, in which he deftly considers the pertinence of xenophobia and the struggle to belong.

Sean O’Toole’s essay on Guy Tillim reads as smoothly as fiction. Alongside the pieces by Krouse, Duncan and Lewis, the insight it lends to this book’s bones is satisfying. And Buys’s second contribution, on the complicated realities punctuating work for Michael MacGarry, also ups the book’s tone in the start of the final chapter, “Tipp-Ex Politics”, but it is not clear what this chapter’s title means. The reference to MacGarry’s work is obvious — it floats insubstantially around the rest of the artists.

The next essay, by Anton Krueger on performance artist Brett Bailey, is easily the best in the anthology. Krueger retains structural sub-headings in his writing, forging an engaging mix of history, insight and critical input reflecting Bailey’s work on a broad South African canvas, complicated as it is with humour, violence and accountability. Chris Roper does the same in his engagement with the oeuvre Sue Williamson is known for, in her own rigorous self-criticism and her initiation of as vast a project as Artthrob, which stands not only as an edifice to art criticism but also as a collaborative and growing artwork.

Having said all that, the book as a whole is thwarted by occasional sloppy copy-editing and slippery reference uniformity. It relegates captions to an appendix in a bid to keep the book visually clean, a gesture that compromises its fluidity. In some instances repetitive writing hurts the material’s flow. Some essays poke holes in the book’s promised mandate, though each piece has the advantage of essentially being self-standing and useful from a “dipping-in” perspective.

Anders and Krouse refer to Positions‘s status as a thermometer, deeming it “an instrument by which we can gauge the temperature of society”. They promise its focus to be on those who raise society’s blood pressure — and by and large they deliver. The publication as a whole, rollicking in size as well as diversity, forces dialogue between pieces.

It contributes to filling holes in the discipline: many of these ­artists haven’t yet enjoyed focus this serious.