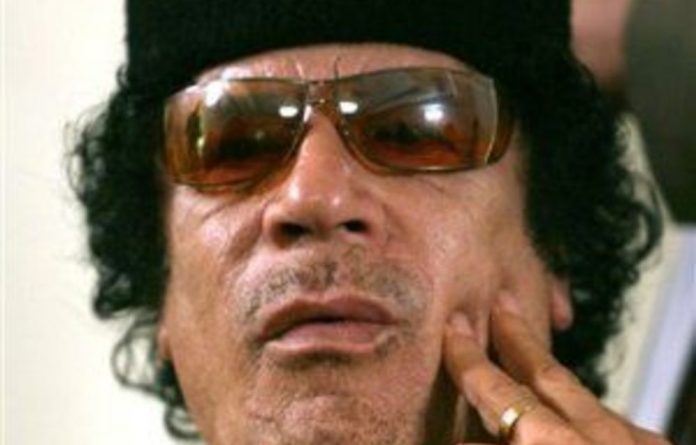 Libyan rebels were poised for an attempt to retake Brega on Saturday after breaching the key oil refinery town’s defences, buoyed by the recognition of their administration by major powers.

The recognition decision, taken by members of the International Contact Group on Libya at a meeting in Istanbul on Friday, clears the way for the release of funds frozen in accordance with sanctions adopted against the government of veteran leader Muammar Gaddafi.

Rebel military spokesperson Mohammed Zawi said that a light mobile force had breached loyalist positions around Brega late on Friday, before pulling back in anticipation of a renewed offensive early on Saturday.

A group of reconnaissance troops entered the town from the north, then pulled back 4km before midnight (10pm GMT), Zawi said.

“Tomorrow we can take Brega, God willing,” he said.

The probing raid on the front line between the rebel-held east and the mainly government-held west came some 32 hours after the rebel command launched a three-pronged attack against Gaddafi’s forces in Brega, who were thought to have numbered around 3 000.

While the rebels’ forward position to the north was 4km from the town centre, a second unit attacking from due east of Brega faced stiffer resistance and was about 10km to 20km from the town.

“Most of Gaddafi’s troops seem to be at the centre,” Zawi said.

Rebels were trying to dispose of more than 100 landmines positioned around the town, to make way for heavy artillery.

Casualties of war
Earlier, the rebels said radio chatter from Gaddafi’s forces in the north showed them asking for reinforcements and for medics to come and collect the dead and wounded.

To the south of the town, where the rebels had made initial gains but suffered large numbers of casualties, Gaddafi forces had pushed back harder.

Brega, nestled at the south-eastern tip of the Gulf of Sirte, has changed hands multiple times during Libya’s civil war, which soon enters its fifth month.

Brega’s vast oil refinery and storage facilities — if intact — could provide fuel and a much-needed income stream for the rebels.

A victory would also provide a major boost for rebel morale, which had been sagging amid months of stalemate.

The rebels began the first stages of their offensive on Brega on Thursday. The wounded began arriving soon after.

A dozen doctors worked to keep up with the flow of wounded, despite the lack of morphine and other basic supplies.

But for some there was nothing the doctors could do.

One of the fighters was brought in splayed on the flat bed of a pickup truck, his entrails dripping from a large open wound to the back.

He was wheeled back out shortly afterwards, his head covered in a medical gown.

The heroic Libyans
In Istanbul, the Contact Group recognised the rebels’ National Transitional Council as “the legitimate governing authority in Libya” until an interim government is formed.

The Contact Group, which includes regional players as well as countries participating in the NATO-led air war against Gaddafi’s forces, “encouraged” its members to release funds to the cash-strapped rebel administration in a final statement issued after the meeting.

It urged countries which have frozen Libyan assets under UN sanctions “to open credit lines to the NTC corresponding to 10% to 20% of the frozen assets by accepting them as collateral.”

A defiant Gaddafi called the Contact Group’s recognition of the rebels “insignificant”. He said he could not imagine the day “the heroic Libyan people would be represented by a fistful of traitors who opened the doors of Benghazi to crusaders.” — AFP

Claims of favouritism stalk the game, but the data on penalties paints a picture at odds with righteous indignation
Read more
World

The daily number of new Ebola cases has tripled in recent months, according to aid organizations
Read more
Advertising
Continue to the category
Politics