Comic-Con kicks off with flicks and costumes 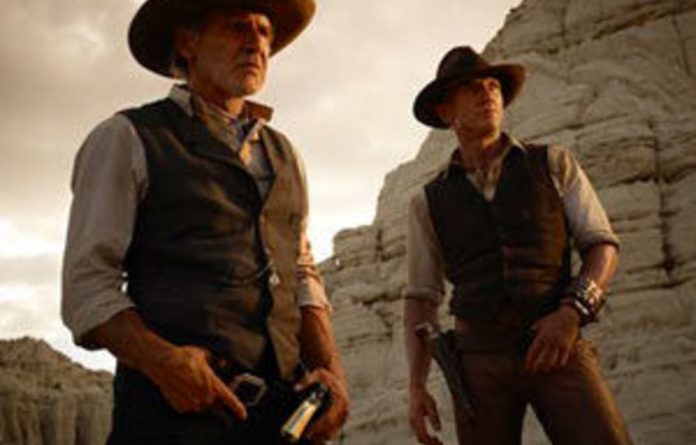 Calling all superheroes, zombies, space aliens, comic-book lovers and kids of all ages: Comic-Con is here.

The pop-culture convention, which annually draws thousands of costumed fans to San Diego, begins on Thursday, but the die-hards (and those with weekend-long passes) will get a peek at the colorful convention floor on Wednesday night.

Hundreds of exhibitors and more than 130 000 guests are expected to pack the San Diego Convention Centre for the sold out, four-day event.

“The people who go through those doors, most of them are film fans and fans of pop culture, be it video games or movies or television shows, T-shirts or comic books, it’s all part of this big cultural stew,” says filmmaker Jon Favreau, who will premiere his latest flick, Cowboys & Aliens, at Comic-Con. “These are people who normally interact with one another through the internet … Then when you finally open it up to meeting in person, it just concentrates that experience.”

The blogosphere is already abuzz about some of the offerings at this year’s Comic-Con, where Hollywood continues to command a headlining presence.

Captain America will play in San Diego for a full day before its nationwide opening on Friday, and star Chris Evans is set to introduce the earliest screening. Cowboys & Aliens will hold its world premiere at Comic-Con on Saturday — a festival first.

Steven Spielberg and Peter Jackson are coming to the convention to talk about The Adventures of Tin-Tin; Sony is offering a peek at The Amazing Spider-Man; and the Twilight trio — Kristen Stewart, Taylor Lautner and Robert Pattinson — will again greet their fans at the conference.

TV-wise, True Blood, Game of Thrones and The Walking Dead are big draws, while new shows such as Person of Interest, Grimm and Terra Nova will present preview footage and introduce their casts in an aim to attract viewers before their fall premieres.

New video games are also expected to score big at Comic-Con, where players can get an early look at sci-fi shooters Halo and Gears of War 3 and the latest Batman and Spider-Man games.

“Comic-Con is this incredible celebration of the arts, and the arts spans movies, television, video games — which are incredibly artistic now. It’s toys, it’s collectibles, it is straight comics and graphic novels,” says documentarian Morgan Spurlock, who made a movie about Comic-Con and will introduce its companion photo book at this year’s festival. “It is this cornerstone of pop culture that has so much influence now.” — Sapa-AP