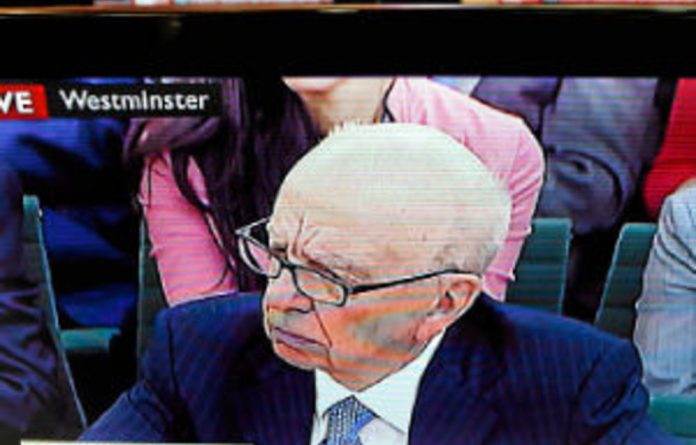 A former editor and now top media executive is arrested over potentially thousands of illegal phone intercepts and the bribing of policemen. Sound familiar?

Of course it doesn’t. In fact, there is almost no connection between the drama of hubris and nemesis being played out in Rupert Murdoch’s British newspaper empire and the South African media scene.

How, then, is one to understand the widespread assertion on Twitter that the British phone-hacking scandal cements the case for statutory media controls in this country?

The fact is that the South African media are exceptionally well behaved by British standards. The underlying malaise in the United Kingdom — cut-throat tabloid competition and a “get the story at any cost” culture — does not exist here.

About 4 000 names and 3 000 numbers may have been illegally hacked by the defunct News of the World (NoW) and many investigations now under way are expected to uncover evidence of live phone-taps and even break-ins. No South African ­journalist has ever been accused of such crimes.

Besides many libel settlements over the years, the NoW paid a total of £2-million for the silence of phone-hacking victims. By contrast, the Mail & Guardian has not been successfully sued for defamation in its 26-year history.

The alleged sins of South African journalists, and the alleged failure of our hard-working press ombud to curb them, are unsubstantiated “factoids” that have become virtual truth by force of endless repetition by the nabobs of the ANC.

The closest the ruling party has come to detailing its charges is its persistent whine about the Sunday Times‘s use of former health minister Manto Tshabalala-Msimang’s medical records. A parallel is perhaps drawn with the hacking of former British premier Gordon Brown’s family medical data and publication of his son’s cystic fibrosis.

There are obvious differences, however. As far as is known, the Sunday Times did not break the law. And, more importantly, no public-interest defence is possible in the Brown case, whereas the report on Tshabalala-Msimang, highlighting her drinking problem and abuse of hospital staff, clearly went to the burning question of her fitness for office.

Is the ANC seriously arguing that the media should never disclose confidential personal information, regardless of a subject’s misdeeds?

Another charge is that the ANC speaks with the voice of the masses, whereas the “unelected” private media wields unaccountable power. In reality Murdoch’s News International has the kind of political power and access South Africa’s publishers and editors can only dream of. It decides elections in a way that the local media cannot — after John Major’s upset 1992 victory, The Sun notoriously boasted “It’s The Sun wot done it!”

Murdoch is said to have personally dictated the policies he expected from British Prime Minister David Cameron in return for his electoral support and former News International chief executive Rebekah Brooks is said to have met Cameron on 26 different occasions.

Also, the police investigation appears to have been subverted by a combination of a strategic NoW deployment to advise the police chief and implied — even direct — threats of personally damaging exposés.

The British Press Complaints Com­mission, a close cousin of our press council, may have failed to rein in the hackers but so, too, did the British government and the law enforcers.

It is important to see that the current wave of public revulsion was unleashed by the Guardian‘s disclosure that the parents of murder victim Millie Dowler were given false hope by the NoW‘s hacking of her voicemail and deletion of messages. The British public seems to have been largely unmoved by the scandal when it was confined to celebrities.
That is the most important difference between the two media settings. The British backlash flows from the view that it is ordinary people — and particularly ordinary victims of misfortune — who deserve special protection from what Tom Wolfe called “the Beast”.

In South Africa much lip service is paid to the rights of ordinary folk but ANC media policy is really an extension of the VIP protection service. Behind the campaign for a statutory media tribunal lie the insecurities and resentments of ANC bigwigs — Higher Education Minister Blade Nzimande offended by reports of cash in plastic bags and President Jacob Zuma by reports of his suspect dealings with a French arms company.

If the masses were the ANC’s real concern, it would be focusing on the Daily Sun, not the M&G. We are accused of destroying lives: Can Jackson Mthembu, the ANC’s spokesperson, name a single ordinary South African who has suffered this fate?

Drew Forrest
Drew Forrest has been working as a journalist for 40 years, with stints at Business Day, Mail & Guardian, Times of Swaziland and the amaBhungane Centre for Investigative Journalism. He has been a deputy editor, political editor, business editor and labour editor, among other positions. Author of a book on cricket, The Pacemen (Pan Macmillan 2013), he has also edited several non-fiction books. He is the managing partner (editorial) of IJ Hub, a regional training offshoot of amaBhungane.
Facebook
Twitter
WhatsApp
Linkedin