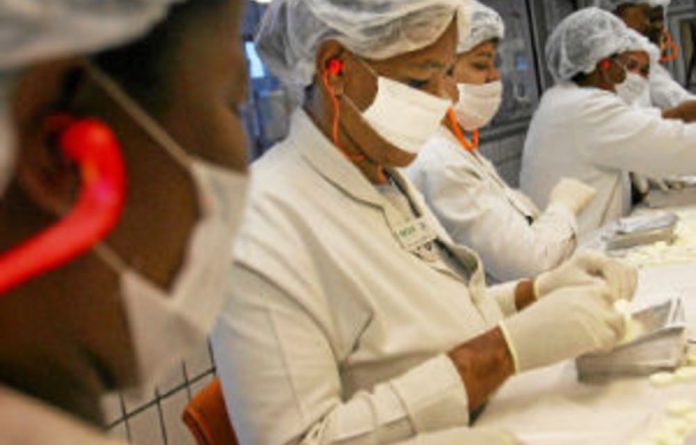 A state-owned pharmaceutical company providing antiretroviral drugs (ARVs) to South Africans is not a clear remedy for cheaper and more efficient manufacturing of the life-saving medication.

Pharmaceutical stakeholders and Aids activists question the decision by the ANC to instruct the Cabinet to create a state-owned pharmaceutical company.

Vicki St Quintin, the head of the Pharmaceutical Industry Association of South Africa, said the country had a well-developed pharmaceutical industry, with local manufacturers in place, and a choice of competitively priced drugs from around the world.

She said it would be interesting to see the results of a feasibility study to assess the viability of setting up a state pharmaceutical company.

ANC secretary general Gwede Mantashe briefed the press about the instruction to Cabinet, saying such a company would improve access to medication at public healthcare facilities and cut government spending.

St Quintin said what had to be considered was that local manufacturers supplied original and generic medicines to private and state sectors at very competitive prices.

“It would therefore be interesting to know why it was felt that spending limited government resources on pharmaceutical manufacturing would be a wise decision,” she said.

Mantashe said Cabinet would take a decision on how the state-owned company would be established and how much it would cost.

South Africa consumed 25% of the world’s ARVs, even though the country accounted for only 0.7% of the world’s population, he said. “That is a compelling case for us establishing a state pharmaceutical company.”

More than a million people in South Africa are taking ARVs. But the government has predicted that by the end of this financial year there will be 1.5 million.

St Quintin said the ANC’s 2007 Polokwane conference took a resolution to establish a state pharmaceutical company, as had been done in China, Cuba and Brazil.

Although the ANC was probably looking at the security and supply of ARVs, government policy ensured that there was more than one supplier before a tender was awarded, said St Quintin.

“Right now the government has a choice of securing medicines locally or internationally at extremely low prices and low margins,” she said. “At present, it has a range of products to choose from. But you are stuck with your own products if you manufacture yourself and the products might not be the best and the cheapest.

“It would be necessary to look at the opportunity costs and to decide whether this is where the government and the taxpayers’ money is best spent.”

Stavros Nicolau, a senior executive at Aspen, a pharmaceutical company, said he would wait to see what the feasibility investigation yielded before commenting on what Mantashe had said.

Nicolau said another option for government could be a public-private partnership in the pharmaceutical industry, as was the case with local company Biovac Institute, which was working at manufacturing vaccines.

Morena Makhoana, Biovac’s chief executive officer and a medical doctor, said vaccines had been manufactured during the apartheid era in South Africa but some facilities had been shut down.

“For me, it was very important to go back and see what worked and what did not work. We are going to revive vaccine manufacturing under public-private partnership, where the government still has a stake,” he said. “But the risk is transferred to a private company.”

Biovac was still building its own facilities and was not certain what it would cost, Makhoana said.

“The government has a 47.5% stake but we have to raise our own funds,” he said. “We get no direct capital injection from the government.”

Catherine Tomlinson, a Treatment Action Campaign researcher, said that the government starting its own pharmaceutical company did not necessarily mean a “clear route to accessibility”.

“There is no reason to think that the government would be able to produce medicines more efficiently and sell them at lower prices than generic companies,” Tomlinson said. “A challenge that the government could look at is that we continue to have to source most of the active pharmaceutical ingredients in medicines from overseas.”