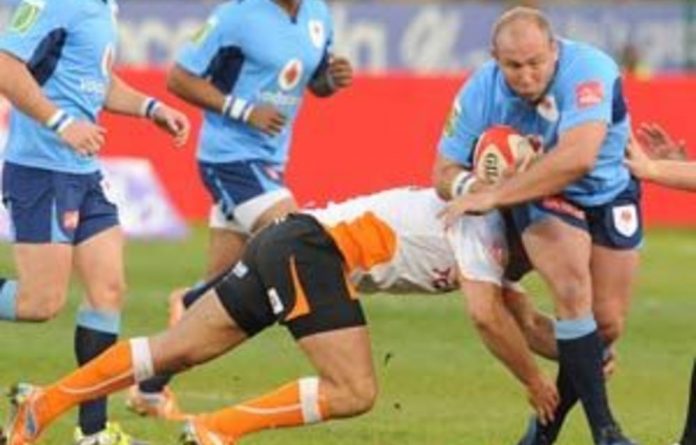 Blue Bulls coach Pine Pienaar commended his team for their character in their 33-30 victory over the Free State Cheetahs at Loftus Versfeld on Saturday.

After trailing 6-17 at the break, the Bulls fought back strongly to win by three-points.

“One thing that can’t be coached is the character which they have shown,” said Pienaar. “It was a team effort and everyone showed commitment to pull off a win and it’s something we needed as a team.”

While the Bulls coach revered his team’s success, Cheetahs coach Naka Drotske lambasted his team for letting the victory slip through their fingers.

“I think we had the game in the bag and threw it away,” said Drotske. “What we decided at half-time and then did in the second half was the exact the opposite.”

Drotske said his team played too much in their own half and when they were in the Bulls’ half of the field, they kicked away too much possession.

At times it looked like the Bulls were going to lose their second game of the season, but they showed resilience to claw their way back into the lead.

Pienaar said the Bulls forced too many passes which gave the Cheetahs a lot of turnover ball.

“Gary [Botha, Bulls captain] mentioned at half-time that we needed to look after the ball better, and that is what we did in the second half,” he said.

Pienaar said he was satisfied with the win but felt his team still had a lot of work ahead of them.

Botha said their set-phase play had improved from the first round match against the Sharks and his team kept their cool at certain times in the match.

In the other match on Saturday, Golden Lions sent out a strong message with a 49-7 victory over Griquas in Kimberley.

The Lions finished week two at the top of the Currie Cup log after recording their second win of the competition.

The visitors led by 36-6 at the break in a match where they had too much fire power for the team from the Northern Cape.

The Leopards have now gone 22 Currie Cup games without a win.

Their last victory at this level was on August 28 2009 against the Boland Cavaliers in Potchefstroom, when they won 50-16.

The defending Currie Cup champions, the Sharks, had to dig deep on Friday night and could only secure their 23-22 victory over the Pumas late in the game when prop Dale Chadwick crashed over.

Flyhalf Frederic Michalak’s conversion gave them a one-point lead which they managed to hold for the final five minutes to win their second game of the season.

It was the second successive weekend where the Pumas made their more fancied opponents work hard for a win.

The Sharks’ victory saw them finish in second position on the log. — Sapa

Kolisi’s race: Nothing and everything

For a long time, sports betting was just not cricket. But the country has come a long way
Read more
Advertising