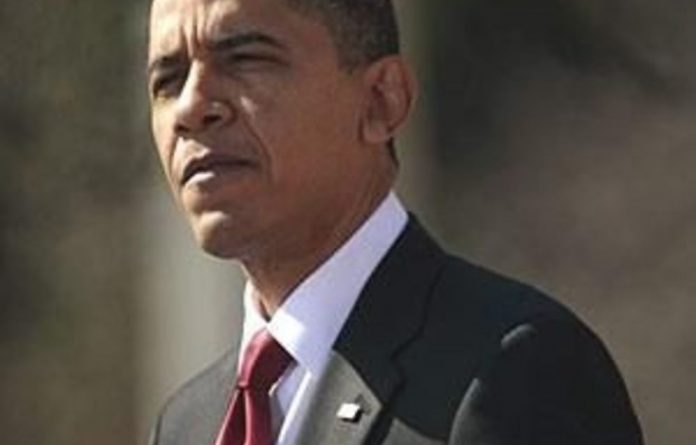 United States lawmakers were locked in a standoff on Monday over duelling debt plans that offered little prospect for compromise, increasing the threat of a ratings downgrade and default that could sow chaos in global markets.

Little more than a week before the August 2 deadline to raise the $14.3-trillion US debt ceiling, President Barack Obama’s Democrats and their Republican rivals pursued separate budget proposals in the US Congress, with no clear path to bring them together.

The impasse rattled investors worldwide, sending stocks and the dollar down and pushing gold to a record high, but falling far short of the panicky sell-off that some politicians in Washington had feared after weekend talks broke down.

As new details emerged of a Republican proposal for $1.2-trillion in spending cuts but no tax increases, market players warned of the prospects for a greater alarm and a damaging downgrade of the United States’ gold-plated AAA rating if the debt stalemate goes down to the wire.

The Republican plan may not be enough to avert a downgrade by ratings agency S&P, which has indicated it wants to see a $4-trillion deficit reduction plan over 10 years. The risk of a lower US credit rating has become the markets’ main worry.

‘Don’t hurt the people’
Obama, consigned largely to the sidelines as congressional leaders faced off, said in a speech to a leading Hispanic group that “both parties have a responsibility to come together and solve the problem and make sure the American people are not hurt on this issue”.

“If politicians don’t find a solution right now, we are facing a disaster of major proportions,” said Fidelio Tata, head of US rates strategy at SG Corporate & Investment Banking in New York.

The Dow Jones industrial average, the Standard & Poor’s 500 Index and the Nasdaq Composite Index were all down less than half a percent in afternoon trading, signaling investor jitters coupled with hope for a deal.

Obama and congressional leaders have tried to reassure global markets that the country will be able to service its debt and meet other obligations after August 2, when the treasury department says the United States will run out of money to pay all of its bills.

Ratings agencies have warned that even if Congress raises the debt ceiling and averts a default, they may still strip the US of its AAA credit rating if lawmakers fail to agree on deeper long-term budget cuts.

Threat to credit rating
A lower credit rating could raise borrowing costs not only for the US government but also for other countries, companies and consumers because US treasuries are the benchmark by which many loans are measured. Failure to act on the debt limit could push the United States back into recession.

Faced with such dire prospects, top lawmakers set a Monday deadline to show markets a plan.

The House and Senate appeared to be heading for a showdown as their leaders developed competing plans to resolve the crisis. Critics said both sides appeared more interested in scoring political points than forging compromise as the 2012 election campaign gathers steam.

Republican House Speaker John Boehner’s plan would raise the debt limit in stages, forcing Congress to confront the politically painful issue again before the November 2012 election, when Obama is seeking a second term.

Boehner will push for legislation to cut $1.2-trillion in spending over 10 years and provide a short-term, $1-trillion increase in the government’s borrowing limit, according to a Republican aide, and also wants to trigger automatic deficit-reduction cuts if spending exceeds caps.

Obama has said he opposes a short-term debt limit hike and instead wants about $2.4-trillion in new borrowing authority, which would extend through 2012.

Senate Majority Leader Harry Reid, a Democrat, aims to raise the debt ceiling by $2.7-trillion. That would be paired with an equal amount in spending cuts over 10 years — short of the $4-trillion in deficit savings that experts say would be necessary to keep debt at a sustainable level.

US Secretary of State Hillary Clinton sought to reassure Asia, which holds close to $3-trillion in US government debt, that the United States would reach a deal and avoid default.

“I’m confident that Congress will do the right thing and secure a deal on the debt ceiling and work with President Obama to take the steps necessary to improve our long-term fiscal outlook,” she said in a speech in Hong Kong.

Germany added its voice to those expecting US lawmakers to reach a compromise, although elsewhere there were signs of frustration. — Reuters