Is James Murdoch fit to lead? 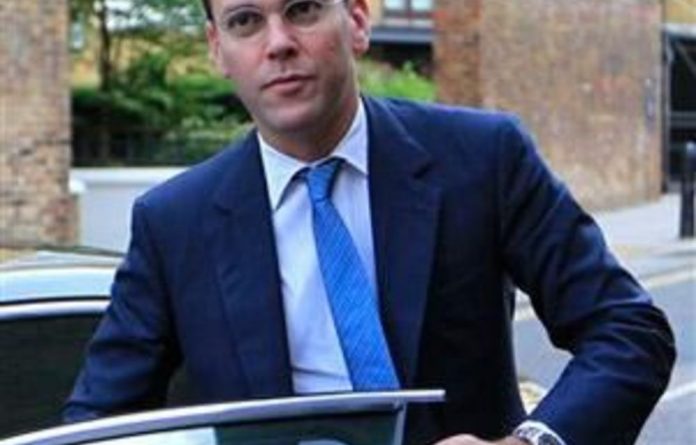 James Murdoch looks set to survive a board meeting of BSkyB on Thursday even as questions multiply from other quarters over whether his role in a phone-hacking scandal leave him a fit chairperson of the satellite broadcaster.

It will be the first meeting of the BSkyB board since the crisis forced News Corp to close the News of the World newspaper, drop a $12-billion bid for BSkyB and offer up James and his father Rupert to answer questions in the British Parliament.

As well as being non-executive chairperson and former chief executive of BSkyB, James Murdoch is deputy chief operating officer of News Corp, which owns 39% of BSkyB as well as the News of the World tabloid at the centre of the furore.

Some shareholders have demanded that he step down to avoid conflicts of interest, fearing contamination from the scandal that acquired new dimensions earlier this month when it was revealed that a murdered schoolgirl had had her phone hacked.

But so far, there is no sign that the 14-member board, eight of whom are independent, plan a revolt on Thursday. The Guardian reported on Wednesday that Murdoch had won the support of senior independent director Nicholas Ferguson.

One Top 30 institutional shareholder in BSkyB who asked not to be named said on Thursday he had not seen any sharp turn in investor sentiment against James Murdoch, who is widely considered to have done a good job at BSkyB.

“I haven’t heard anything that would back up this supposed groundswell of anti-Murdoch feeling … We are not getting that agitated about it one way or the other,” he said.

“We’re not anti- the management but we’re not wildly pro- the management either. But we do think the underlying company is a very good one. That is the key thing for us.”

But the crisis is far from over, says Richard Levick, president and CEO of Levick Strategic Communications, who has advised countries and companies on crises including the United States prison camp at Guantánamo Bay and the recent Wall Street crash.

“If you look at the arc of a crisis, their worst days are not yet behind them. It’s parallel in many ways to Watergate. Watergate took 18 months to unfold. It appears that this is one of those elongated crises,” he told Reuters.

Risk of contagion
“The risk of contagion is great. The governance arguments are also clear. And how, in reality, can someone facing challenges on all sides expect to devote sufficient attention to chairing a FTSE 100 [company]?” the organisation said.

A spokesperson for Cooperative Asset Management, a small investor in both News Corp and BSkyB, said: “We have consistently voted against non-independent non-executives and the election of James Murdoch as chairman of BSkyB.”

“We believe radical reform is needed at both companies but at News Corp in particular, and indeed in the newspaper industry in the UK to stamp out the kind of illegal and grossly invasive practices that are alleged.”

James Murdoch still has questions to answer over a scandal in which at least 10 people including Prime Minister David Cameron’s former spokesperson Andy Coulson have been arrested this year so far.

Last week, two former News of the World executives said James Murdoch had been mistaken when he told Parliament he had not been aware of an email containing evidence of hacking when he approved a large pay-off to the hacking victim.

Murdoch said he stood by his statement, while the chairperson of the parliamentary committee in charge of questioning the Murdochs has said he will seek further clarification.

The Murdochs face further questions from a judge-led inquiry ordered by Prime Minister Cameron in response to the public outcry, which formally opened on Thursday. Cameron’s own image has been tarnished by his support for Coulson.

Judge Brian Leveson, who prosecuted serial killer Rosemary West in the 1990s, is leading the inquiry into the phone-hacking allegations, media ethics, and the relationship between media organisations, police and politicians.

On Thursday, he urged all parties to consider the public interest, not only their own. He has authority to call any party to give evidence under oath to the inquiry, which is planned to take about a year.

“It may be tempting for a number of people to close ranks and suggest that the problem is or was local to a small group of journalists then operating at the News of the World,” he told a news conference in London.

“I would encourage all to take a wider picture of the public good and help me grapple with the length, width and depth of the problem.”

The BSkyB board meeting taking place in London on Thursday afternoon, a regular meeting on the eve of the company’s quarterly results announcement, is also likely to consider a special dividend payout to shareholders.

The board had said for the last year that it would not be appropriate to consider such a measure while it was a takeover target, and many brokers are stoking hopes of a payout now.

Analyst Ian Whittaker of Liberum Capital cautioned, however, that the moment may be too sensitive politically.

“Given the fast-moving events of the past two weeks, management may feel now is not the right time to announce a special dividend, especially given the potential complications of returning a significant level of cash back to its 39% shareholder News Corp,” he said.

“Historically, BSkyB management have emphasised investment over a return of cash back.” – Reuters