All the president’s assets 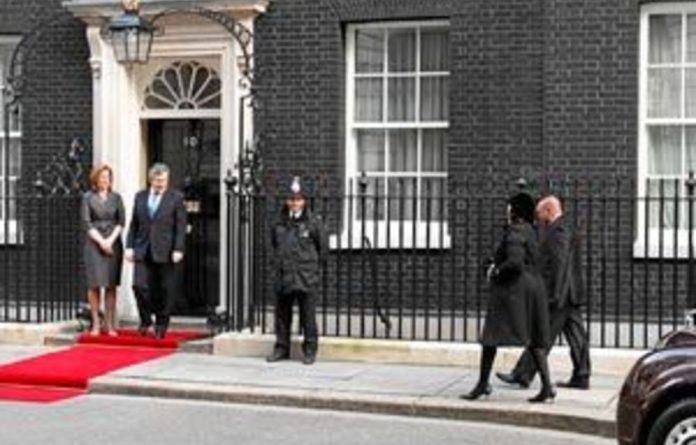 President Jacob Zuma appears to have again dodged public accountability by making inadequate disclosure of his financial and other interests.

Just over a year after public protector Thuli Madonsela found against the president for failing to declare his interests within 60 days of taking office new facts about Zuma’s failure to disclose are emerging.

What is clear is that the president failed to openly disclose companies for which he still listed as a director, gifts received during eight months of the year, his and his wives’ benefactors in the cases of more than a dozen gifts, his own properties, and whether or not he has a pension.

In her report last April Madonsela flagged “a systemic pattern of non-compliance” by “a substantial number” of Cabinet ministers and deputies who were not making proper disclosures.

Members of Cabinet are supposed to make clear and accurate disclosure of all their financial interests and benefits in terms of the Executive Ethics Code. However, they are allowed to confidentially declare the values and some details of their interests — and all of their family’s interests — in a separate part of the register.

In a copy of his latest declaration, for 2010, obtained by the Institute for Security Studies (ISS) and shared with the Mail & Guardian, Zuma listed only those of his wives’ and fiancé Gloria Ngema’s companies, gifts he received during four months of the year and a gift to each of Ngema and wife Tobeka Zuma.

The declaration of some but not all of Zuma’s wives’ interests — which he is allowed to declare confidentially — in the documents he supplied to the ISS make it unclear whether these documents include or exclude his confidential declaration.

Zuma’s lawyer Michael Hulley did not clarify this in a written response and could not be reached later.

As in Zuma’s 2009 declaration, no mention is made of his loans — estimated to be worth more than R4-million — from Schabir Shaik, which led to Shaik’s conviction for corruption.

Other missing disclosures, which may have been declared confidentially, include the spouse’s properties and properties the family is known to have had the benefit of using.

After approaching Hulley for responses to detailed questions, the M&G learned this week that a trust linked to Zuma recently bought a Forest Town home he and his family have occupied since 2005.

Due to a legal loophole, members of the executive are not obliged to declare trusts.

Hulley avoided answering a direct question about the family’s occupancy of the home, which had not been declared. He also did not clarify whether the president was obliged to declare the trust or its assets openly.

In March last year Zuma and a delegation of more than 200 businessmen, ministers and officials jetted to the United Kingdom, where the South African president met various royals and politicians, including Queen Elizabeth II and then-Prime Minister Gordon Brown.

The business delegation included Ajay Gupta, known to be close to Zuma and in business with the president’s son; businessman Robert Gumede and his business partner and arms dealer Ivor Ichikowitz and Mark Willcox, the chief executive of Mvelaphanda Holdings, the company associated with Human Settlements Minister Tokyo Sexwale.

Zuma was showered with gifts. Among those declared, the president accepted crockery, portraits, a limited edition football shirt, a cooler box, glass decanters, bags of shopping from Sainsbury’s, a book called Hunting & Stalking the Deer and a “glass slab attached to grey plastic material with hole at the back”.

In the documentation provided, the president did not declare the value of the gifts, as should be done, but, more remarkably, in 11 instances he received gifts from a source that he noted only as “London”.

Without clarity about who gave Zuma these gifts the Cabinet secretary and South Africans are in the dark about who wined and dined the president and whether the gifts constitute a potential conflict of interest. In the case of gifts to his wife, Tobeka, and fiancée, Ngema, the givers were recorded only as “UK state visit” and “USA and Brazil state visit”.

In a written response, Hulley claimed the “London” gifts were from “the British Royal Family and are of immense sentimental value”.

Zuma did, however, declare the sources of three separate gifts acquired during the UK trip as “London, British Royal family”, “Prince of Wales & The Duchess of Cornwall” and “from the City of London Corporation”, raising the question of why the other sources were not clearly stated.

According to the Companies and Intellectual Property Commission records Zuma is still an active director of two companies, Amaqhawe Wase Africa Petroleum and Michigan Investments.

Zuma did not declare either of these and it is not clear what kind of business the companies conduct.

Hulley did not answer specific questions but claimed Zuma held no “personal or financial interest in any business or corporate entity” and suggested the commission records must have been “inaccurate”.

“Measures have been taken to rectify this,” Hulley said.

Michigan Investments, however, still owns one of Zuma’s properties: a flat in Killarney. This was not declared either.

Asked how Zuma’s loans from Shaik were being serviced or whether these had been repaid, Hulley wrote: “Regarding the past financial relationship with Shaik, this has been addressed with the appropriate agencies to their satisfaction.”

When former president Thabo Mbeki sacked Zuma as deputy president in 2005 — a decision based on Shaik’s conviction — Zuma moved into his large Forest Town home, the one a trust linked to him is now buying. The property has not yet been transferred, however.

Sizani Dlamini-Dubazana, reportedly loyal to Zuma, bought the R3.6-million home for Zuma’s use at the time, according to previous M&G investigations. This week her lawyer, Brian Clayton, confirmed an entity linked to Zuma had bought the house. Another well-placed source confirmed it was a trust buying the property.

Clayton said that before the family bought the house, it paid its way by covering bond repayments and property rates and taxes. It was not clear whether this represented a market-related rental — which Zuma would have had to declare.

He said that according to the sale agreement, the trust had paid a “market-related” transfer cost and was also liable for outstanding bond repayments, rates and taxes. Clayton said he did not know any figures.

Zuma did not declare any benefit related to the home in 2009 or 2010. He also failed to declare his private homestead in Nkandla, KwaZulu-Natal.

Avoiding specific details, Hulley said: “The president does not declare assets or interests that belong to persons other than spouses and dependants. The properties and assets of adult children are likewise not declared.”

According to the Executive Ethics Code, Zuma can use a “confidential register” to declare certain details, such as the value of his interests and the addresses of his or his wives’ and dependants’ properties. The interests of his wives, permanent companions and dependent children can be declared confidentially.

However, the president chose to disclose all his wives’ company directorships in the open section of the register, raising the question of whether he made a confidential disclosure at all.

Asked specifically whether this was so, Hulley said: “The president has made declarations of his financial interests, which he is enjoined to make, and is maintained by the secretary of Cabinet in two sections, one of which is confidential.”

The M&G has established the following about Zuma’s spouses:

In Zuma’s 2009 declaration he recorded that businessman Abdul Malek was providing wife Nompumulelo Zuma with free accommodation in a multimillion-rand Durban mansion.

Malek, however, said last week that Nompumulelo had moved out “a long time ago; about a year now” and had moved to Umhlanga.

Hulley offered no details about when she had moved out, who owned her new premises and who was paying for the accommodation.

Politicians’ interests to be laid bare

Zuma’s most recent Cabinet declaration of interests was made available to the Mail & Guardian by the Institute for Security Studies (ISS).

Next Friday, August 5, the institute plans to release its “Who owns what?” database.

The database includes the latest financial disclosures of Zuma’s entire Cabinet and all members of Parliament and the nine provincial legislatures.

The database will also include the disclosure forms of metro councillors in Cape Town, Johannesburg, Tshwane and Ekurhuleni and 10 local councils.

According to the ISS, the eThekwini and Nelson Mandela Bay metros refused to provide their disclosure forms.