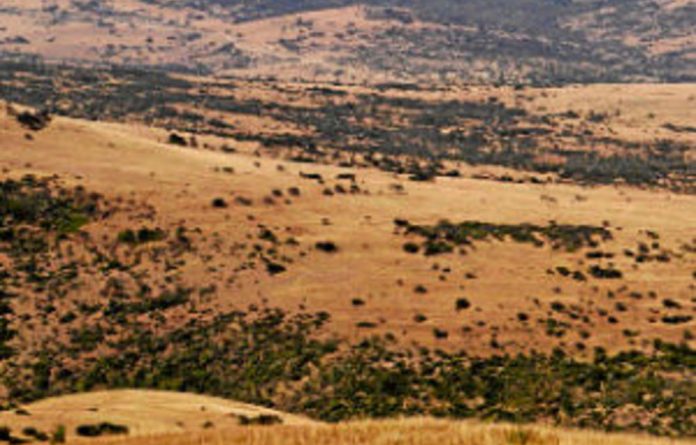 Plans for a multimillion-rand eco-tourism development that promises about 2 000 full-time jobs in poverty-stricken central KwaZulu-Natal are being thwarted by unresolved land claims.

After more than a decade spent trying to sort out the claims, the owners of the Gongola Wildlife Reserve Company this week accused the Regional Land Claims Commission of “a blatant disregard for the rule of law”. The commission was acting in contempt of an order by the Land Claims Court that progress be made in settling the claims, said Gongola chief executive Nick Green.

“The total failure of government to abide by the law in responding to the requirements of the Land Tenure Act and due procedures in court action represents a blatant disregard for the rule of law,” Green said.

“The treatment given to the Gongola Wildlife Reserve and the affected communities by the department of rural development and land reform represents a disregard for their rights in terms of the Constitution. We believe the situation is now of serious public interest.”

The Gongola project, spanning about 40 000ha between Estcourt and Mooi River, has received support from local communities, regional town councils and mayors, the provincial government and premier Zweli Mkhize, as well as Ezemvelo-KZN Wildlife.

A feasibility study funded by the Industrial Development Corporation found that wildlife tourism would ­provide more sustainable ­opportunities than subsistence farming or cattle grazing in the degraded and commercially depressed region.

“The proposed Gongolo Wildlife Reserve offers a truly unique combination of spectacular mountain scenery, ancient geology, a rich paleontological heritage and an extensive diversity of both fauna and flora. Its size, conservation value and lifestyle-tourism potential makes it one of the most exciting new destinations to be planned in recent years,” said the study, done by independent international consultants.

The developers planned to establish a core “big five” reserve with adjoining lifestyle activities and a public access area. The project would draw investment of about R700-million over 10 years and support at least 18 000 local people in a place where agriculture previously provided less than 100 jobs.

Gongola Wildlife Reserve Company bought land for the project from private land-owners, who were given shares in the company. Other shareholders who have joined over the years include Vusi Khanyile, the chairman of Santam, who was born in Mooi River.

Green said the Regional Land Claims Commission initially supported the project but after restitution claims on about 18 000ha were gazetted in 2002 the plans started to go awry.

“Gongolo informed the commission it was content to accept these claims on the basis that the project could go ahead with the communities and claimants being substantial beneficiaries,” he said.

Gongola proposed that the government buy the land and lease it to the company. “The company would then invest the revenue for the purchase in the development. This is probably unique because in many cases the willing seller simply walks away,” said Green.

Delayed process
Amid haggling over the size and price of the claims, endless bureaucracy and turnover of staff at the commission, Green said he had approached the Association for Rural Advancement (Afra) and the Land Rights Legal Unit for assistance. Over the years he also took the growing dispute to the parliamentary portfolio committee on agriculture, the Public Protector and the president’s office.

“This whole process has been characterised by delays, avoidance and downright negligence and incompetence on the part of the officials of the commission,” said Afra’s Mike Cowling.

“It has left claimants and landowners alike frustrated and desperate, since both sides have been existing in limbo. This frustration has resulted in the ­parties being drawn closer to each other, with the result that the matter could probably have been settled ­amicably between the parties themselves, were it not for the failure and incompetence of the commission,” he said.

Gongola finally took the matter to the Land Claims Court, and in March this year the commission agreed to refer the claims to the court before the end of May. It also undertook to pay the costs of the case.

“At this stage the ball was clearly in the court of the commission, since it was under a statutory and judicial obligation to refer this matter to court within 60 days. However, notwithstanding many desperate attempts to contact the commission, the ­claimants’ legal representatives were simply passed from pillar to post,” Cowling said.

“The same pattern of unanswered telephone calls and failures to respond to messages persisted on the part of officials of the commission, notwithstanding the urgency of the ­situation. This included a number of appointments made with ­officials that were either cancelled at the last moment, or where the ­officials failed to attend without even the courtesy of informing the other participants.”

In the meantime, said Green, the Gongola project has been denied development and “the real opportunities for all stakeholders, not least in respect of enhancing expectations in a seriously underprivileged area. The majority of previous land-owners have abandoned all farming activity to the detriment of local communities.”

Eddie Mohoebi, the spokesperson for the department of rural development and land reform, said the referral report had been finalised and “is in the process of being issued out of the Land Claims Court, after which it will be served to all affected parties”.

Conditions attached by Gongola to the sale of the claimed land had created an impasse and were not acceptable to the department, he said.

“Gongola initially required that the land be purchased by the department and be awarded to the community, which would make it available to the company for the purposes of establishing a private game reserve.

“It later offered to sell shares to the communities (paid for by the department) as settlement of their claim.

“The department requires that title to the land be restored to communities. If the company is to be involved in the development of the land, it would do so as a strategic partner to the claimants.”

The department was committed to facilitating negotiations “for an amicable solution that will involve ownership of the land being given to the community”, Mohoebi said.