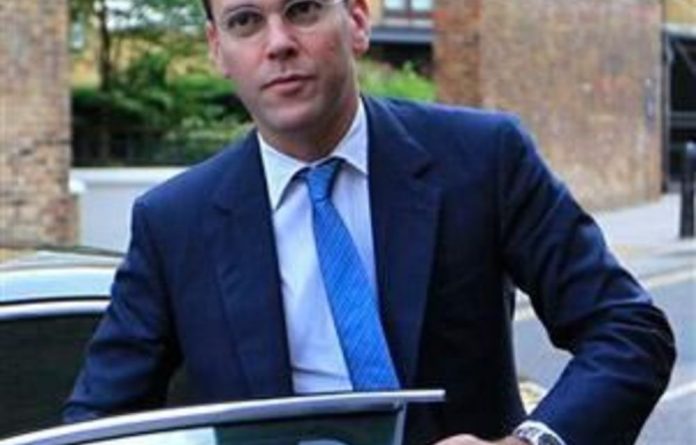 The mother of a murdered British schoolgirl was targeted by a private investigator working for Rupert Murdoch’s News of the World, her charity said on Thursday, reigniting a phone-hacking scandal that has shaken his global media empire.

The Phoenix Foundation, a children’s charity that Sara Payne co-founded after her daughter was killed by a paedophile in 2000, said her details were found in notes kept by investigator Glenn Mulcaire, employed by the top-selling tabloid.

Sara Payne’s daughter Sarah was abducted and murdered by a paedophile in a high-profile case that the now defunct tabloid used as the basis for a campaign to change the law to allow parents find out where sex offenders live.

“Sara is absolutely devastated by this news, we are all deeply disappointed and are just working to get her through it,” the charity said in a statement.

Rebekah Brooks, the paper’s editor at the time of the murder and a former head of Murdoch’s UK newspaper unit, said the paper had supplied the girl’s mother with a cellphone for 11 years, but denied any knowledge of hacking.

“As the facts are established, the Company and the independent Management and Standards Committee will take all appropriate actions, including cooperating fully with any potential criminal enquiries or civil proceedings which may arise,” she said.

Allegations earlier this month that the newspaper conspired to hack the phone of another murdered schoolgirl, Milly Dowler, caused a public outcry and dramatically escalated the long-running hacking inquiry.

The public inquiry, led by Lord Justice Brian Leveson, urged people on Thursday not to close ranks and called for journalists to help in his investigation, as he set out its broad outlines.

The scandal has been an embarrassment for Prime Minister David Cameron and has raised questions over his judgment after he hired former News of the World editor Andy Coulson as his media chief six months after he resigned from the paper over the hacking of phones belonging to the royal family. Coulson left Cameron’s Downing Street office in January.

Two of Britain’s most senior policemen quit this month after criticism that they failed to investigate the case properly and that they were too close to Murdoch’s senior staff.

‘Abhorrent, upsetting’
Brooks said the tabloid had supplied Sara Payne with a cellphone to help her with her “Sarah’s Law” campaign, which sought reforms to allow parents to discover whether convicted paedophiles were living in their area.

However, Brooks added that it was “beyond my comprehension” that anyone at the paper knew Mulcaire may have tried to target Sara Payne’s messages in the hunt for exclusive stories.

“These allegations are abhorrent and particularly upsetting as Sara Payne is a dear friend,” Brooks said in a statement. “It is imperative for Sara and the other victims of crime that these allegations are investigated and those culpable brought to justice.”

Sara Payne wrote a farewell column for the paper’s final edition on July 10, referring to its staff as “my good and trusted friends”.

Murdoch’s News Corp has been rocked by weeks of allegations of wrongdoing at his British newspapers. Despite the furore, his son James Murdoch received the backing of the board of British satellite broadcaster BSkyB to stay on as chairman.

News Corp closed the 168-year-old News of the World after the Milly Dowler hacking claims emerged. Murdoch met her family to apologise and told Britain’s Parliament that he was “absolutely shocked, appalled and ashamed” when he heard the news.

Asked about the Payne allegations, Mark Lewis, lawyer for the Dowler family, told Sky News: “Nothing is surprising. Stories seemed to be more important than the grief people were suffering.”

“If this is true, it is a very great betrayal of her by people who had worked alongside her to try to improve the safety of children in this country,” she told BBC television.

Lawmaker Tom Watson, a member of Parliament’s media committee, said it was “a new low”.

There was no immediate comment from Scotland Yard. – Reuters

In January 1900, a young Russian officer, Yevgeny Avgustus, ‘galvanised by the daring of the Boers to take on imperial Britain’, set off to fight in the Second Boer War. A Russian on Commando is his vivid eyewitness account of events on the Natal front and life with the Krugersdorp Commando.
National