Way out of the poverty trap 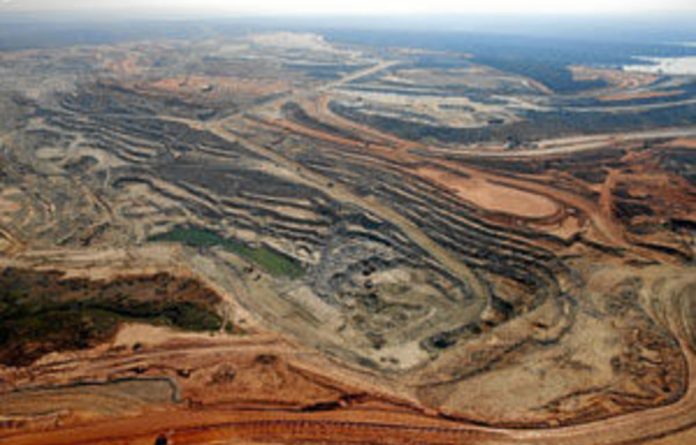 The government’s inability to eradicate poverty has led the ANC Youth League to call for the nationalisation of privately owned mines and banks and the expropriation of commercial farmers’ land without compensation.

The league argues that these assets could be redistributed to the poor or operated by the government to answer our poverty conundrum. It’s a provocative argument, clearly borne out of frustration with our challenging economic circumstances, but it also reveals a key misunderstanding about how economics works.

The youth league’s ideas, similar to the ANC’s, are based on a “scarcity” mentality. In its view the national economic pie is fixed. The government’s job is not to make the pie bigger but simply to slice it up and distribute the pieces. Therefore, this approach focuses more on poverty alleviation than eradication.

The call for a government take­over of mines and banks exemplifies the scarcity mentality. It believes that nationalising highly productive capital-intensive enterprises will reverse the fortunes of the poor. Actually, it would achieve the opposite — nationalisation will not grow the economy, it will not create jobs and it will not eradicate poverty.

Zambia shows us why. In the early 1970s the Zambian government nationalised the mines in the belief that their profits could be siphoned off into state projects. But when the copper price plummeted, the mines became a burden.

Production declined and the state was losing $1-million a day just keeping them operational. This lasted for three decades. When the mines were finally sold to a private company recently, the government began to reap $1-million a day in taxes and royalties. What a turnaround.

The reason governments do not run businesses well is because they make decisions based on political grounds (such as dispensing profits to loyal cadres) rather than economic ones (such as investing in new equipment or exploring new mineral deposits).

Struggling governments are also tempted to treat nationalised assets as cash cows to be milked for patronage, instead of enjoying the taxes, royalties and job opportunities that flow from the enterprises. For instance, South Africa’s mining industry paid R17.1-billion in direct corporate taxes to the state last year. It also spent more than R400-billion on operational costs in the country, spurring on the national economy.

If the government tries to take over this sector, it could kill the goose that lays the golden eggs. Nationalisation will not create sustainable jobs either.

The experience of Alexkor, South Africa’s only state-owned mining company, shows that government ownership is no guarantee of job creation. In 2000 Alexkor employed 691 permanent workers. By 2010 this number was just 105. And the company had to be bailed out many times with public funds.

If the government were to run all other mines in this fashion, we would be in the same position as Zambia, losing thousands of jobs and millions of rands.

So if nationalisation cannot grow our economy, create jobs and eradicate poverty, what can?

The Democratic Alliance answers this question with an “abundance” mentality, meaning that we believe that everyone can prosper together if we grow the economic pie.

The government’s role should be to create optimal conditions to do that, for it is only through sustained economic growth that we can attract more investment, which will create more jobs and allow the poor to escape the dependency trap. This is a lesson that the other Bric (Brazil, Russia, India and China) nations have already learned.

Once they off-loaded their nationalised industries and released their economies from the stifling hand of government control, they saw their economies grow and their poverty rates decline. India, for instance, enjoyed a 7% to 8% economic growth during the past decade and pulled 100-million people out of poverty. Think about that — 100-million people in 10 years. There’s a powerful lesson in that for us.

The story in China is the same, if not more impressive. But they achieved this not through nationalisation but through privatisation and foreign and local investment. That is why South Africa’s meagre 2% to 3% growth rate over the same period has only deepened our poverty. We will never progress in a meaningful way at this pace.

But imagine if we could achieve 7% growth for a decade — we could break the spine of poverty. To do this a pro-poor, pro-growth economic strategy must make South Africa an attractive place for businesses to invest. We should provide tax incentives and rates rebates and create export development zones to allow for sector clusters.