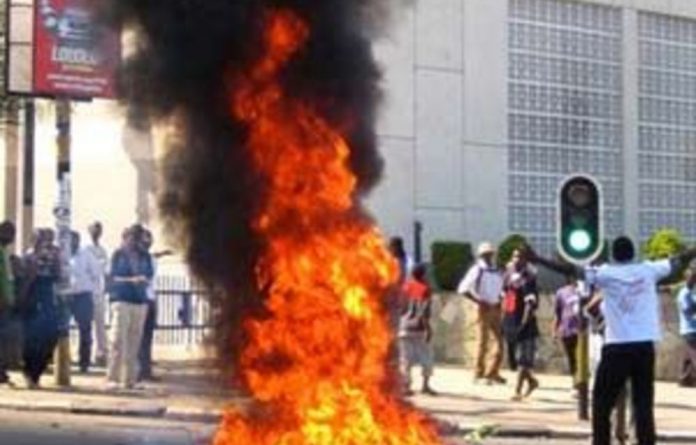 Undule Mwakasungula had been in hiding since security forces launched a violent crackdown to quell two days of demonstrations that erupted July 20.

Re-emerging in South Africa for a forum on Malawi held Friday in Johannesburg, the chair of the Human Rights Consultative Council — an umbrella organisation of rights groups that organised the protests –said Malawi is undergoing twin economic and political crises that are reminiscent of Robert Mugabe’s Zimbabwe.

“We are almost Zimbabwe, both in the economy and in political governance,” Mwakasungula, who also heads the non-profit Centre for Human Rights and Rehabilitation in Lilongwe, told Agence France-Presse in an interview.

He drew parallels between Mugabe and Malawian President Bingu wa Mutharika, who has been criticised for a series of increasingly autocratic moves seen as restricting political freedoms.

“There are similarities in terms of their president and Bingu wa Mutharika, their style of leadership. They’re both using a heavy hand in terms of their governance, in terms of how they want to rule. And also disregarding other branches of government — the judiciary, the legislature,” Mwakasungula said.

Mutharika, who came to office in 2004, has been criticised for expelling rivals from the ruling party, expanding presidential power and signing laws that have restricted protests, media freedom and lawsuits against the government.

The moves have alienated foreign donors, causing the United States and Britain to cut their aid to the impoverished country at the same time it is facing massive fuel shortages that have forced drivers to queue overnight for petrol.

Mutharika has also presided over a foreign exchange crisis that has seen international currencies become virtually unavailable, leaving businesses in the import-dependent country unable to buy goods and materials abroad.

“Malawians right now are frustrated,” Mwakasungula said. “Malawians are disgruntled in terms of how the country is being governed, how the economy is moving. They want to have more voice.”

The day of the demonstrations, Mwakasungula says he and his fellow organisers were rounded up and beaten by police at the church in Lilongwe where they had gathered to monitor the protests.

“It was a fracas. The police were just brutal. They were just animals, really,” he said.

Mwakasungula said he was briefly detained, then released to get medical attention. Afterward, he went into hiding.

But he said he plans to return home and organise another demonstration, even though his lawyers have told him there is a warrant out for his arrest on treason charges — which carries the death penalty in Malawi.

“I have to go home. If you want to make things change, there has to be change in the country, not outside,” he said.