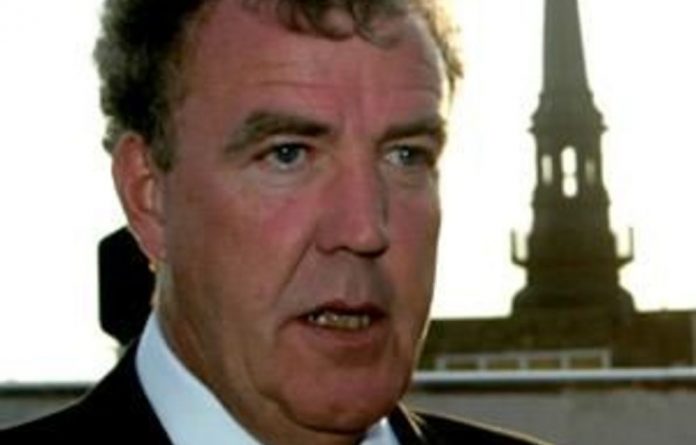 The outspoken presenter of popular British motoring show Top Gear on Wednesday has defended an episode of the series in which he deliberately runs out of power in Japanese automaker Nissan’s Leaf electric car.

Jeremy Clarkson drew a furious response from Nissan after Sunday’s episode of the BBC programme showed him being pushed along in a Leaf car after its battery went flat.

The presenter, who has whipped up controversy on numerous occasions in the past, was left stranded in the eastern English city of Lincoln where there are no public recharging points for electric cars.

He ended the show with the comment that electric cars “are not the future”.

Nissan blasted the episode as misleading because the car was not fully charged before starting the journey, but in comments to the Times newspaper on Wednesday Clarkson refused to apologise, saying: “That’s how TV works.”

“The piece was about the difficulties of recharging the electric car,” he added.

“At no point did we mislead the viewers. Top Gear‘s job is to say to everybody, ‘Just a minute, do not believe [electric cars] can be run as simply as you have been told. Charging them up is a pain in the arse’.”

In an interview after the episode, Andy Palmer, Nissan’s executive vice-president, accused Top Gear of deceiving viewers, saying there were safeguards in place to stop Leaf drivers running out of power.

He pointed out that a device sending Nissan updates showed Clarkson had started the day with the battery only 40% charged and said the car appeared to have been driven in loops in Lincoln until the battery was flat.

In February the BBC was forced to apologise to the Mexican ambassador to London after a Top Gear presenter described Mexicans as “lazy”, “feckless” and “flatulent” in a segment about a sportscar made by Mexican firm Mastretta.