Malawi better shape up if it needs a hand, says US 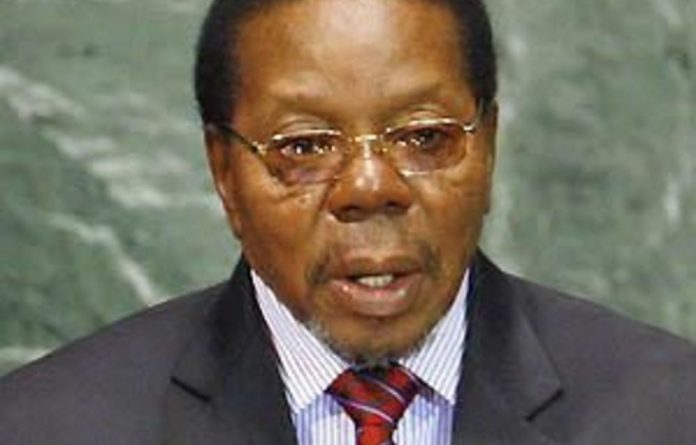 President Mutharika faces further protests and a loss of desperately needed aid if he fails to address Malawi’s problems, civil groups and the US say.

Civil society and the United States government have put the ball in Malawi’s court, saying President Bingu wa Mutharika must meet basic standards of governance or face more protests and a loss of financial aid.

Further protests have been planned by civil organisations for August 17, should Mutharika fail to address the country’s problems before then.

As the poverty-stricken country rebels against Mutharika’s authoritarian rule, the United States says it will only release $350-million intended to help address Malawi’s energy crisis as part of an agreement with the Millennium Challenge Corporation (MCC), a US agency which fights global poverty, if the government abides by its pledge to adhere to and uphold democracy and good governance; freedom of expression; freedom of association; and other fundamental freedoms enshrined in Malawi’s Constitution.

“The fate of this MCC compact is in the hands of the government of Malawi,” said Elizabeth Kennedy Trudeau, the press attaché and spokesperson for the United States Diplomatic Mission to South Africa.

This strong stance followed the death of 19 people in street demonstrations and protests which shook the normally peaceful country.

Trudeau said the US government wanted Mutharika and his government to adhere to the pledge he made during the signing ceremony of the compact on good governance.

“The MCC compact — just one part of our broad development partnership with Malawi — is on ‘operational hold’ pending MCC’s review of the events of July 20, as well as past and future actions by the government of Malawi that call into question its commitment to political pluralism, human rights, and the rule of law.”

Asked if the US government had warned Malawi that aid could be withheld, Trudeau said: “We have made it abundantly clear since the inception of the MCC’s work in Malawi that MCC partners with countries that maintain a demonstrated commitment to political pluralism, human rights, and the rule of law throughout the life of the programme.”

But by withholding aid, was the US government not punishing poor Malawians?

“It is not business as usual after the disturbing events of July 20. But that does not mean we will walk away from our solemn commitment to the Malawian people to work together in accelerating the country’s development,” said Trudeau.

“We say to them, we will remain your steadfast partner in strengthening democracy, spurring economic development, and confronting health and educational challenges,” she said.

The MCC compact with Malawi was not the sole barometer of US-Malawian relations, she said, but rather an important aspect of a broad range of US assistance programmes in Malawi.

Official US government bilateral assistance to Malawi was over $200-million in 2010. This total did not include the funding from the MCC.

Meanwhile, Mutharika has appealed to civil society leaders not to protest against the government on August 17 as this would fall during of Ramadan, the holy month during which Muslims fast — although only a small percentage of Malawians are Muslim.

Civil society want the president to sort out the political and economic crisis that has manifested in electricity cuts, shortages of fuel and foreign currency, and corruption. Civil groups have demanded that Mutharika explain how he maintains his wealth while around him lies chronic poverty. These demands dovetail with the MCC demands.

Journalists were targeted in the police crackdown on the protests, and have told how they sought refuge churches and hospitals but were still found and beaten by security forces.