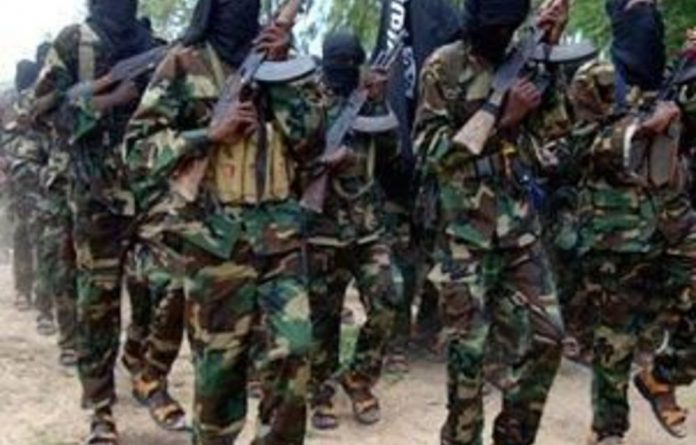 Somalia’s capital has been “fully liberated” from Islamist al-Shabaab rebels, the country’s president said on Saturday.

“Mogadishu has been fully liberated from the enemy, and the rest of the country will soon be liberated too,” Sharif Sheikh Ahmed told reporters.

The al-Qaeda affiliated al-Shabaab insurgents abandoned several key positions in Mogadishu overnight that were then taken over by government troops.

“We are very happy — the fruits of bloodshed and the wars that we fought against the rebels are finally attained,” Ahmed said.

African Union-backed government troops have been battling al-Shabaab rebels in Mogadishu in an offensive to secure aid delivery routes for victims of the drought threatening about 12 million people in Somalia and other Horn of Africa countries.

Two enemies
“We have two enemies to fight — one of them is the al-Shabaab, while the other is those who try to rob the people,” the president said.

“We will not tolerate looting, and anyone found committing such a crime will be brought to justice.”

Lawless Somalia is awash with rival militia factions. On Friday, food aid being handed out to famine victims in Mogadishu was looted by gunmen, who killed five people.

Until Saturday morning, government and AU troops controlled just over half of Mogadishu, including the airport and port, while the al-Shabaab controlled the city’s north-east.

“The enemy is defeated, they pulled out of Mogadishu — and we will fight them to eliminate them from the rest of the country,” Somalia’s prime minister Abdiweli Mohamed Ali said.

A trap?
Al-Shabaab fighters are waging a bloody campaign to overthrow the country’s Western-backed transitional government, and control large areas of the south and centre of the country.

Major Paddy Ankunda, a spokesperson for the AU’s Amisom force in Somalia, said: “We’re getting reports that they have pulled out from all their positions. We are still verifying.

“We’re very very cautious because it could be a trap.”

But while the rebels have been one of the biggest blockers of aid in the face of one of the worst famines in the region, NGOs say the major problem in responding to the crisis is not access but the time it is taking to buy food abroad and to transport it to the worst-hit areas.

“The limits on our action are more on the side of logistics than access,” said Anna Schaaf, spokesperson for the ICRC in Nairobi. “To purchase 3 000 tonnes of food [which the ICRC is distributing] and get it there is a long process.”

Rebels ‘can be talked to’
Tony Burns, director of operations for Saacid, the oldest NGO in Somalia and which works throughout the country, said despite the size of the crisis “funding is still very difficult to get”, adding: “Al-Shabaab is an issue in responding to the famine, but for us it’s more about finding the resources so we can help people.”

The UN estimates tens of thousands have died from hunger-related causes across the country. Other countries in the Horn of Africa have also been hit by the drought, but it is the corrosive effect of 20 years without a government and civil war that has driven several million Somalis to the brink.

Reports suggest insurgents may be blocking some in the south from fleeing to refugee camps, but Burns said the rebels “are not monolithic” and could be talked to. “They are hardcore in some places, and very moderate in others,” he added. “In areas where they are not so strong, it is more than clans that make the rules.”

Liban said rebel authorities were not keen on emergency relief that was not tied to longer-term programmes to help people recover their livelihoods: “To any organisation that just wants to send food, they [al-Shabaab] say: ‘Give us the food and go away’. But if it’s sustainable and planned they will allow you to work. Plans must be in tandem with their thinking.” —