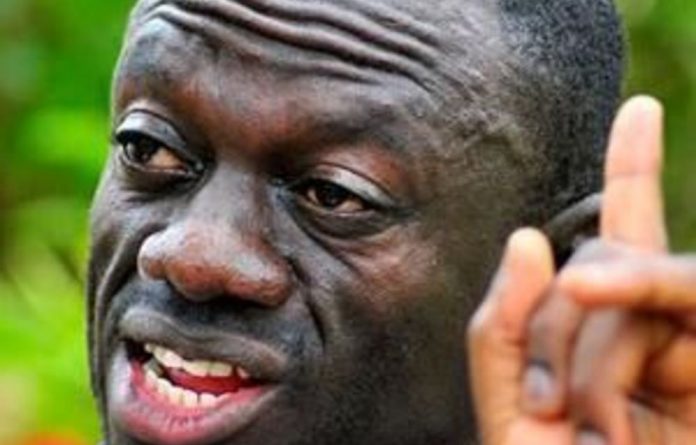 Ugandan police fired teargas to disperse thousands of supporters of opposition leader Kizza Besigye who had gathered to hear his renewed calls for protests against high food and fuel prices on Wednesday police.

The east African nation was rocked by widespread anti-government protests in April and May, sparked by rising prices. At least nine people were killed in the government’s clampdown and Besigye was arrested and badly beaten by security agents.

Uganda’s President Yoweri Museveni, in power for 25 years, had vowed to crush the Besigye-led protests, blaming the rising food and fuel costs on drought and global increases in crude oil prices. He accused the opposition of being desperate for power.

Uganda’s annual inflation climbed to an 18-year high in July, driven by a sharp rise in food prices.

On Tuesday, after a court dismissed charges laid against him following his arrests for leading previous protests, Besigye said he would hold a candlelight memorial service in the town of Masaka near the home of a two-year-old girl who was shot and killed during one of his “walk to work” protests.

His supporters gathered in Masaka, an opposition stronghold in southwest Uganda, where Besigye railed against the government.

“The power to govern doesn’t lie with guns, it lies with the people … Museveni recently commissioned six fighter jets from Russia. You all saw Mubarak in court recently, — he had hundreds of those jets,” Besigye said in his speech, referring to the deposed Egyptian leader Hosni Mubarak.

“Walk to Work starts today again and we are starting by mourning the victims of police brutality in April and May. So when you hear our call to come and walk you should all rise up in huge numbers and we take over the whole of Kampala.”

Tear gas
Minutes after his speech, police fired tear gas canisters at a procession of opposition supporters and mourners led by Besigye as they made their way through the streets of Masaka to the girl’s graveside to lay flowers and offer prayers.

A police officer grabbed a wreath of flowers that was intended to be laid at the graveside and ripped it apart.

Police barred Besigye from proceeding to the grave.

“It was too late and we couldn’t allow them to hold a procession … How can we guarantee the security of a crowd at night?” police spokesperson Judith Nabakoba told Reuters.

“The opposition should be reasonable. They told us they are meeting and then they turn round and start holding processions and using mourning to disguise their political activities.”

Besigye was Museveni’s personal doctor during the guerrilla war that swept the rebel leader to power in 1986. But the two fell out and have been bitter rivals ever since.

The previous protests provoked a government crackdown in which nine people were killed and hundreds of others injured, according to Human Rights Watch, which also accused the police of using excessive force against unarmed civilians.

Although the demonstrations faded in June, they inspired strikes by teachers, traders and public transport drivers.

“But we’re not capitulating to their intimidation. We’ll hold a similar event in Kampala and in Gulu (northern Uganda) soon to mourn all those they killed in April and May, so they just have to learn to live with us.” — Reuters