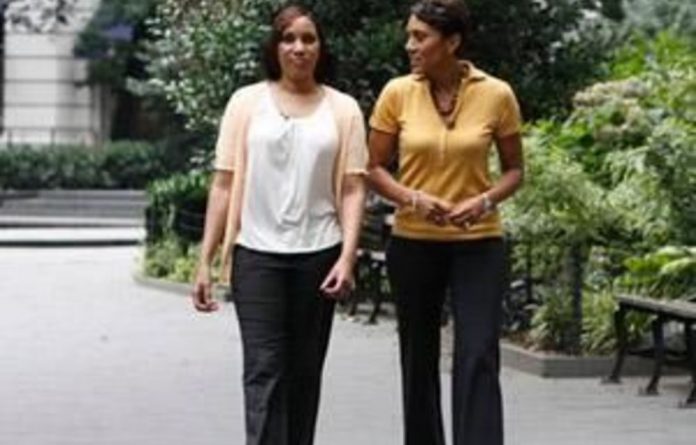 It was Kenneth Thompson’s starring role in the prosecution of New York police accused of beating and sodomizing a Haitian immigrant that put the son of one of the city’s first female beat cops on the map in 1997.

As an assistant with the US Attorney’s office in Brooklyn, his stomach-turning opening statement spared no details of the assault against Abner Louima in a police precinct bathroom. His work helped win some convictions.

Almost 15 years later he is at the centre of another high-profile race-tinged case — representing Nafissatou Diallo, a hotel maid from Guinea who has accused International Monetary Fund director Dominique Strauss-Kahn of sexual assault.

And the details, should the civil case go to court, are equally vivid.

Diallo has alleged that Strauss-Kahn emerged naked from the bathroom of his luxury suite on May 14 and forced her to perform oral sex. Strauss-Kahn’s attorneys have asserted that any sexual encounter was consensual.

Thompson, considered an aggressive and media-savvy litigator, has already employed those skills to help his latest client: calling out prosecutors, delivering dramatic speeches and pressing his case in the media.

“Some people are turned off by [his] bluster,” said defence lawyer Joseph Tacopina, a friend who first opposed Thompson in a high-profile police brutality case. “I like a lawyer who embraces the client and the cause and who takes it personally.”

Tacopina, who represented one of the officers in the Louima case, said he and Thompson almost came to blows during the trial, the result of two “full-blast” attorneys going head-to-head.

Mom was a beat cop
After five years as a prosecutor in the US Attorney’s Office for the Eastern District of New York he moved to a law firm where he defended companies accused by employees of wrongdoing. He has since focused on representing individual plaintiffs at his own firm.

Thompson said his choice in cases is often motivated by his upbringing.

The youngest of three, Thompson grew up in the Bronx and was raised by his mother, Clara Dolores Thompson, who was one of the first female uniformed police officers with a street beat. His father left when Thompson was three.

“I feel strongly about standing up for people who are taken advantage of, people who are down and out,” he said in an interview. “The world is against them.”

While prosecutors are still debating whether or not to pursue criminal charges against Strauss-Kahn, Thompson on Monday filed a civil lawsuit against him.

The complaint is classic Thompson, filled with impassioned language and dramatic accusations seemingly aimed more at the media than the court: “Ms Diallo now brings this lawsuit to vindicate her rights, to assert her dignity as a womanand to stand up for all women who have been raped, sexually assaulted and/or abused throughout the world but who are too afraid to speak out.”

It would not be the first time he sought to use the media to build public sympathy for his clients.

In 2009, he took up the case of a New York Post editor who said her complaints about a cartoon that portrayed President Barack Obama as a chimpanzee got her fired. The race- and sex-discrimination case is pending.

He is also representing a group of women in a 2010 sex-discrimination suit pending against Citibank — a case also followed in the press including a Forbes magazine cover story.

Race, privilege, power
Race, privilege and power — echoes of the Louima case have surfaced in the Diallo case against Strauss-Kahn.

Diallo, an illiterate immigrant and single mother, was initially embraced by the media and public as the victim of a rape after Strauss-Kahn was arrested in May. Yet sentiment toward her has shifted after prosecutors advised Strauss-Kahn’s lawyers in writing that they had reason to believe she had told authorities numerous lies.

Again, Thompson found reason to try to create sympathy for his clients in the press.

Thompson’s unorthodox decision to respond by putting Diallo in front of the cameras — it is extremely rare for alleged sexual assault victims to drop their anonymity — has drawn widely varying reactions.

Some legal experts have questioned the strategy, pointing out that any inconsistencies in her public statements can be used in court to impugn her credibility. Women’s groups, too, have joined in the criticism of Thompson, saying he erred in allowing Diallo to speak publicly.

Yet other observers have applauded the move. Zachary Carter, a former US Attorney in the Eastern District of New York who hired Thompson as a prosecutor in 1995, said Thompson learned during the Louima trial how to deal with a victim’s contradictory statements.

In that case, Louima initially said that that the police officers had shouted “It’s Giuliani time” during the attack, referring to then-Mayor Rudolph Giuliani’s tough stance on crime. Louima’s statement turned out to be false, but Thompson still managed to go forward with the case and win some convictions.

Throughout this case, Thompson has stressed that Diallo’s story of what happened in Strauss-Kahn’s hotel room at the Sofitel — that he forced her to perform oral sex — has not wavered. – Reuters