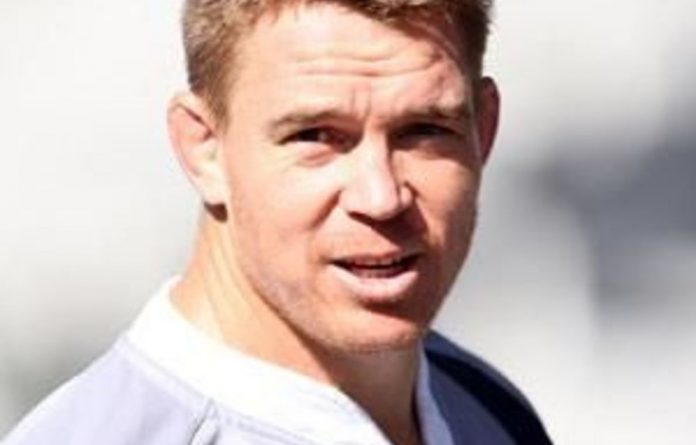 Defending champions Springboks “need to start playing some rugby” ahead of their defence of the World Cup, captain John Smit admitted after his side suffered a home defeat against Australia on Saturday.

The South Africans have only one more game before they head for New Zealand next month — against tournament hosts and favourites the All Blacks this Saturday.

Their 14-9 defeat by Australia condemned South Africa to finishing bottom of the Tri-Nations table, irrespective of what happens in Port Elizabeth.

More worrying for the Springboks is that they put what most observers believed to be virtually a World Cup starting team into the clash at King’s Park, a point made by Australian coach Robbie Deans, who said his team’s win was “great preparation” for the tournament.

South Africa kept most of their star players at home while a second string side suffered two heavy defeats on the away leg of the Tri-Nations.

Many of the team had not played for more than a month and the rust showed. The Springboks led at half-time but Smit admitted, “I was concerned going in at 6-0 knowing full well that most of the guys weren’t going to be firing come 70 minutes.”

Rustiness
His concern was well founded as Australia dominated the closing stages after South Africa used all their substitutes, partly because of injuries but also because some of the returning stars were not fully match fit.

Smit had to leave the field four minutes from the end after injuring his right arm.

He downplayed the injury, saying he had over-extended his elbow while scrummaging but coach Peter de Villiers said Smit, fullback Frans Steyn (hamstring) and flank Danie Rossouw (shoulder) were injury worries ahead of the All Blacks match.

Smit and De Villiers bemoaned the failure to take try-scoring chances, particularly in the first half.

“We could cop out and say its rustiness,” said Smit. “But it’s really going to be a massive issue come play-off rugby, which is just around the corner, if we don’t sort it out.”

With the Springboks having lost seven of their last eight Tri-Nations matches over the past two seasons, Smit admitted, “There’s always a bit of doubt when you lose but these guys have bounced back a few times.

“Getting onto that aeroplane we don’t want to be a team that says, ‘judge us on the World Cup’. We need to start playing some rugby before we get there.

“We should have won this Test match so there’s a lot to learn and a lot to be disappointed about. We need to step it up against the All Blacks.”

Part of the problem
Some experts believe Smit is part of the problem. At 33, with 105 caps, he is arguably an inferior player to Bismarck du Plessis, six years his junior, who took over as hooker after 49 minutes and immediately added fire to the pack.

Smit moved to tighthead prop but the front row struggled in the closing stages, losing a crucial scrum on their put-in, then being pushed off the ball and conceding a penalty which effectively made the game safe for Australia.

De Villiers is convinced Smit is the right man to lead the team to New Zealand. He said Smit was a more effective prop when he had lock Bakkies Botha pushing from behind. A tiring Botha was substituted soon after Smit’s switch.

“We are not happy to lose the game but the positive is the structures we have in place. I’m happy with what we achieved today,” said De Villiers.

While the Springboks have much to work on, the Australians had reason to be delighted with a resilient performance. They will have the weekend off before playing the All Blacks in the final Tri-Nations match on August 27 in Brisbane.

Deans said the Wallabies’ performance was an improvement on their 30-14 defeat against New Zealand in Auckland last weekend. He singled out the way the team had competed at the breakdowns.

“We’ll take those growth points and keep working on them,” he said.

SA a threat
The Australian coach said the ability to win tight games was encouraging as was the team’s performance in the scrums. “There’s continued progress there,” he said.

Deans said he still expected South Africa to be a threat in the World Cup.

“A lot of the Springbok side hadn’t played for a while so we were hopeful of being able to exhaust them. They’ll be better for their outing. The closer they get to that event the better they’ll get.

“They’ll get excited and they know how to win it.” — AFP