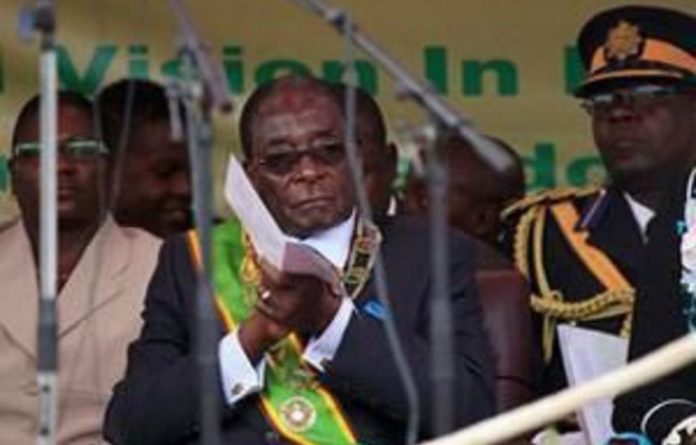 A summit of Southern African leaders this week was unlikely to affect the political crisis in Zimbabwe given the lack of regional consensus on the issue, analysts said.

The fragile power-sharing government between Zimbabwean President Robert Mugabe and rival Morgan Tsvangirai was expected to feature prominently when leaders from the Southern African Development Community meet on Wednesday and Thursday in Luanda, Angola.

Analysts voiced doubt the leaders would take definitive action on Zimbabwe, whose fragile unity government has restored a measure of stability since violent elections in 2008 but is stalled over the drafting of a new constitution meant to pave the way to fresh polls.

“I don’t foresee the resolution of the Zimbabwe issue at the Luanda summit,” said Takavafira Zhou, a political scientist at Masvingo State University.

“To get all the leaders to agree on Zimbabwe is impossible,” he said, adding that Mugabe has the support of fellow liberation movement veterans who fought the region’s colonial regimes.

The Zimbabwe crisis has divided SADC between liberation leaders who were comrades-in-arms with members of Mugabe’s Zanu-PF party and a new generation of politicians riding on the agenda of democracy and good governance.

Those old friendships have complicated the SADC’s efforts to break the impasse between Mugabe and Tsvangirai.

Perpetually at loggerheads
The rivals remain at loggerheads over new elections, with Mugabe insisting polls go ahead this year with or without a new constitution, while Tsvangirai wants the reforms agreed to in their power-sharing pact implemented first.

Last month their parties agreed to an election “roadmap” that would schedule the new vote in 2012 at the earliest, but Mugabe has undermined it by continuing to call for polls this year.

Independent political analyst Takura Zhangazha said the Luanda summit would not achieve a breakthrough unless Zimbabwe’s leaders iron out their differences.

“I don’t think anything will significantly change unless if the principals in the inclusive government were to issue a public statement before the summit, committing themselves to the election roadmap,” he said.

But the parties are far from united going into the summit.

“Our expectation is that the summit will come up with a positive outcome for Zimbabwe. The people of Zimbabwe seem to be united now and the summit should support them,” he said.

But Douglas Mwonzora, spokesperson for Tsvangirai’s Movement for Democratic Change (MDC), said SADC leaders should pressure Mugabe to accept reforms, including a human rights Bill and security sector reforms, and clear the way for free elections.

“There has not been any movement towards or implementation of the agreed reforms since the last SADC summit,” Mwonzora said.

“SADC has to act now. SADC has to help us address the outstanding issues and put pressure on Zanu-PF and Mugabe to do what is right.” – AFP

A respected and robust United States — with all of our flaws, mistakes and missteps — can be good for the defence of democracy, not least in Africa
Read more
Africa

The pattern is now well established: crisis, intervention, promises by the Zanu-PF regime to behave, and then relapse after a decent interval to the sort of behaviour that prompted the latest crisis in the first place.
Read more
Advertising