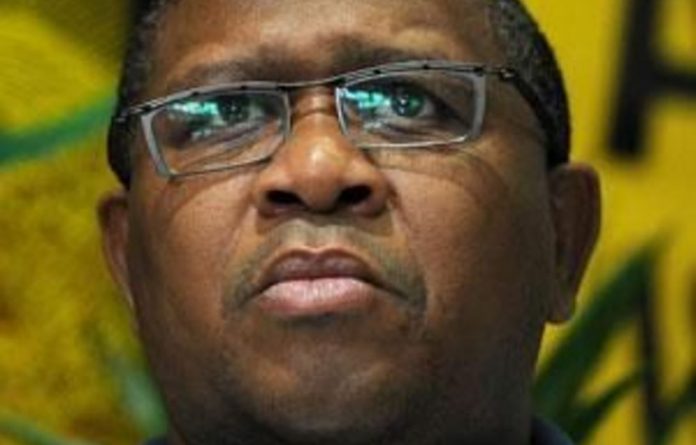 The sports awards to be re-launched this weekend are not a mickey-mouse business and will not come cheap, Minister of Sports and Recreation Fikile Mbalula said on Wednesday.

Mbalula is at the forefront of the re-launch of the South African sports awards aimed at celebrating sporting excellence — after the event took a two-year break.

When asked how much would be spent towards the event which Mbalula has termed a razzmatazz, he replied: “It will be more than R500 000 … it is a lot of money. But we have sponsors who’ve graciously contributed.”

Reports estimated the event to be worth millions.

Speaking to journalists in Pretoria, Mbalula said Sunday’s awards at Sun City in the North West province, will not come cheap because they will be “spectacular”.

When Mbalula assumed his post last December, he spoke about the glitz and glamour that he would bring to the department. This was one of them.

The ceremony will feature international and local stars.

“This shows that this is not a mickey-mouse but a serious business.”

Mbalula emphasised the importance of honouring those involved in sport when they do good, as much as people were vocal when the same people get drunk and falter.

The event is sponsored by MTN, Old Mutual, SAA and Barloworld, among others.

Mbalula said the awards were above all about the role played by sports to bring about unity and social-cohesion.

It was expected though that those in attendance look their best, with Mbalula warning there will be “fashion police” at watch.

“This event is up there, it’s wow” he said demonstrating with his hands.

“Dress-up or deal with the fashion police. No pink suits, it’s a black tie event.”

He said the awards might even be bigger than the South African Music Awards.

The public will choose their sportsman of the year, out of four nominees selected by sports federations.
The winner takes home a cheque for R250 000 and a Lexus.

After months of complaining about the regulations imposed on the industry, taxi owners have been given a lifeline
Read more
Advertising