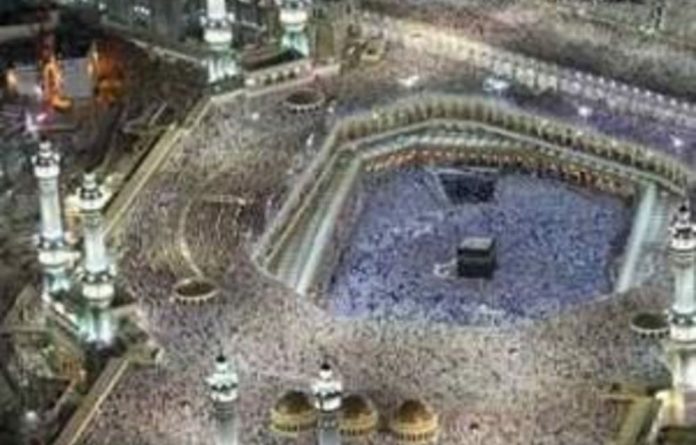 Saudi Arabia has begun the biggest expansion yet of Islam’s holiest site, the Grand Mosque in Mecca, to raise its capacity to 2 million pilgrims, the state news agency SPA said.

“King Abdullah inaugurated in Mecca [on Friday] the start of the expansion … which is the largest of all previous expansions combined,” SPA said.

It did not say how much it will cost to add 400 000 square metres to the mosque’s area or how long the project will take.

The Grand Mosque is the main attraction for over 6 million pilgrims who enter Mecca each year and is the focal point for a transformation is modernising one of the oldest cities in the region with high-rise skyscrapers and residential blocks.

The mosque is built around the Kaaba shrine, which existed centuries before Islam emerged over 1 400 years ago. Muslims around the world turn towards it for daily prayers.

The expansion project will include pedestrian bridges as well as more shaded space to protect worshippers from the sun.

Billions invested
Saudi Arabia has invested billions of dollars in recent years in safety and comfort for the millions of pilgrims who flock to Mecca to fulfil their religious duties of Haj and Umra.

A new railway, costing $1.8-billion, was launched last year to link the holy sites around Mecca to ease pilgrim transport.

Another project, the high-speed Haramain Railway, will link the holy cities of Mecca and Medina to the Red Sea port of Jeddah, an entry point for millions of pilgrims, to relieve road congestion.

The Saudi Railway Organisation is studying bids for the second and final phase of the Haramain Railway project, which includes the construction of tracks and installation of signal systems, as well as the procurement of rolling stock.

The announcement of the winning bidder is expected by October and negotiations are underway with a consortium that includes Spanish firms, pan-Arab Asharq al-Awsat newspaper reported on Saturday, quoting unnamed sources.

The paper also said one consortium, which it did not identify, had bid $12.5-billion. — Reuters