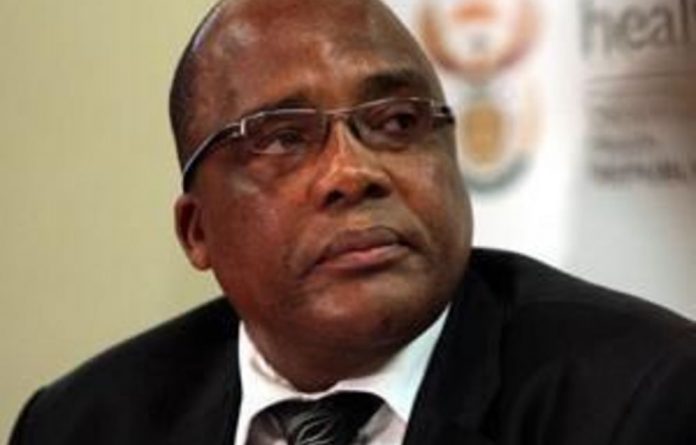 There should be a general consensus on creating policies on breast-feeding in South Africa, Minister of Health Aaron Motsoaledi said on Monday, and suggested that making baby formula available by prescription only could be on the cards.

Speaking at a two-day breast-feeding summit in Centurion, Motsoaledi said the increasing child mortality in the country was “disturbing”.

“We need to reposition, protect and support breast-feeding as a key child survival strategy in South Africa,” he said.

The country had a low prevalence of exclusive breast-feeding at 8%, according to the 2003 Demographic and Health Survey.

Motsoaledi said this was caused by among others the “aggressive and deadly” promotion of infant formula milk and misconceptions that breast-feeding was a sign of poverty.

He said this “propaganda” destroyed communities and drew a comparison with the skin-lightening creams which were pushed onto black communities.

A “dramatic drop” in exclusive breast-feeding rates was reported in the age group of four to six months, where only 1.5% of infants were exclusively breast fed.

Motsoaledi said this was one of the lowest rates in the world.

He quoted a survey by the Human Sciences Research Council, which suggested that among infants zero to six months old, 25.7% were reported to be exclusively breast-fed while 51.3% were mixed-fed.

Solids and formula were being introduced far too early, he said.

Motsoaledi said the summit should thoroughly discuss why many women have neglected what was done religiously in the past and promoted culturally.

One way to ensure that mothers return to breast-feeding would be to obtain infant feeding formula on prescription from doctors under strict conditions, said Motsoaledi.

This was supported by many paediatrics and the professor of child health at the University of KwaZulu-Natal, Hoosen Coovadi.

Coovadi said government needed to stop subsidising formula and encourage women to breast-feed, whether they were HIV-positive or not.

“Transmission of the disease is [through breast-feeding] 1% … it can’t get lower than that,” he said.

Meanwhile, a presentation by the World Health Organisation highlighted a need for countries to promote a single infant strategy for infected mothers and infants.

Coovadi also shared Motsoaledi’s view that the working environment needed to change in favour of breast-feeding.

He further spoke about a need for childcare facilities in the workplace and urged the health department to lead by example by being the first to implement such a facility.

The summit was attended by among others, health officials, traditional leaders and healers, and members of UN agencies.

It ends on Tuesday. — Sapa