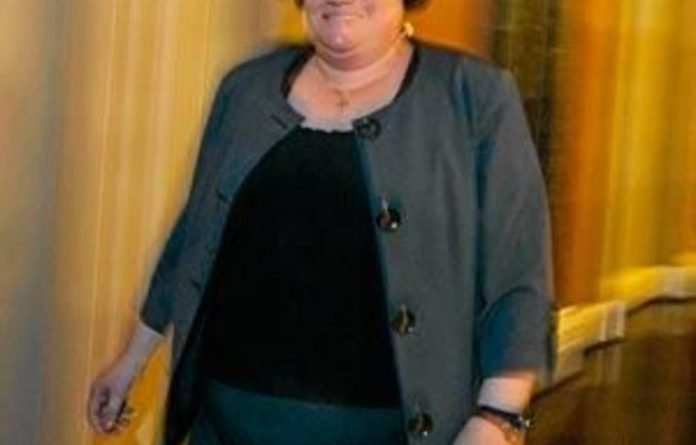 In a rare act of censure, Parliament’s ethics committee has disciplined a senior ANC MP who failed to disclose her interests and later lied about their value.

On Thursday the committee handed Botha the maximum penalty — a reprimand and a fine of 30 days’ salary.

Botha’s cellphone was switched off on Thursday after the committee tabled its findings.

The findings are a victory for the Mail & Guardian, which published the allegations against Botha in February. The newspaper’s report prompted the parliamentary investigation.

The ethics committee rarely acts on allegations made against MPs in the media.

The M&G reported that Botha was head of the Northern Cape department of social development between 2001 and 2009, and signed long-term leases for office space worth more than R50-million with property group Trifecta Investment Holdings.

The ethics committee’s report this week revised the value of the leases upwards to R98-million.

The M&G also revealed that Trifecta offered Botha a 10% stake in the company in 2009. She nominated her nephews and nieces as beneficiaries of the stake.

Trifecta also employed Botha’s niece in its Kimberley offices since 2006 to deal with clients that included the department her aunt headed at the time.

Then, after Botha left provincial government for Parliament, Trifecta renovated her Kimberley home to the tune of more than R1-million.

Both Botha and Trifecta had told the M&G that the renovations were, in fact, a loan, but declined to divulge its terms.

Botha did not declare any of these benefits to Parliament, the ethics committee report reveals.

The loan for renovations, in particular, landed Botha in hot water with the committee, when she lied under oath about its value.

“Ms Botha [is] guilty of wilfully misleading the committee in respect of submitting a false loan agreement for R500 000 when the actual costs exceeded R1.2-million,” states the report.

Botha pleaded not guilty to the charge, the report states, claiming that she “lacked the legal experience to understand the loan agreement”.

The committee noted that “a former head of department responsible for managing a department with large budgets cannot claim to be unable to understand a letter requesting the full costs of renovations to her home”.

Nor did it escape the committee’s attention that Botha applied for a loan “well after the commencement” of its investigation.

The key witness to testify against Botha at the hearing was Magdalena Buizer, a former Trifecta accountant who oversaw the company’s payments to Botha.

The committee report declared Buizer to be “a truthful and compelling witness”.

Buizer has received death threats since her testimony, with an unidentified male reportedly phoning her to say, “Daar is ‘n koeël vir jou” (There is a bullet for you).

In contrast to Buizer, the committee found that witnesses for Botha submitted affidavits that “appear to be false”.

The committee has referred the witnesses, who include Trifecta’s auditors and company accountant, to the South African Institute of Chartered Accountants for further investigation.

The Hawks have confirmed that they are investigating Trifecta’s business dealings.

Buizer has also turned state witness for the Hawks against her former employers.