Foreign ownership of land to be curtailed 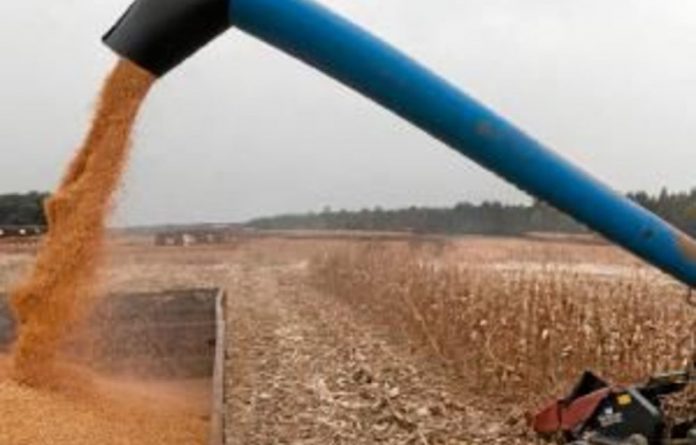 Foreign ownership of South African land is set for a radical change in terms of the green paper on land reform approved by the Cabinet this week.

The paper is likely to be used as a baseline for proposed new legislation, the Land Protection Bill, of which the first draft is expected in a few months’ time.

The green paper will be released next week for public comment but early indications are that the final paper is conciliatory in tone and far less radical in its proposals than earlier leaked versions.

However, it continues to underscore likely changes in the management of land ownership, including a government move to control the price of land purchased for land reform through a proposed land valuer general.

A summary of the paper was given to the media at a post-Cabinet briefing in Pretoria on Thursday.

It was originally expected that the paper would be tabled in July last year but the draft has been bouncing around in the government, with many leaks. Sources inside the government said early drafts were too radical.

A four-tier system of land ownership is one of the most important elements addressed in the paper. According to this there will be four types of land usage and ownership in South Africa — state, private, foreign and communal — but it is the proposal on foreign ownership that is likely to raise eyebrows.

It envisages a system where title will be precarious and hemmed in by limitations, obligations and conditions. These include forcing foreigners planning to use land for business purposes to partner with South Africans and banning the export of food produced on South African land.

“This is to protect us from countries such as Qatar, which can’t necessarily produce their own food and buy our prime agricultural land with the sole purpose of export,” said a chief director in the land reform department, Sunday Ogunronbi.

Buying up land
The government is determined not to allow foreign interests to buy up huge tracts of South African land to produce food for export abroad, as has happened elsewhere in Africa.

Foreigners would be excluded from land that is sensitive and considered important from a national security perspective, including communal land, some coastal tracts and sites that are significant for heritage, rural, strategic and environmental reasons.

According to Ogunronbi, the foreign ownership tier would also be subject to the provisions of the Financial Intelligence Centre Act (Fica) to ensure that foreigners do not launder cash by buying land in South Africa.

Critics have questioned how restrictions can be imposed on foreign-owned land if the government does not know how much land is currently in foreign hands.

It states that restrictions should be placed on “prime and unique land, sustainable utilisation of land, and subdivision of land”. There will also be a ceiling on absentee landlord properties, possible land quantity restrictions, and special consent and approval regimes on selected controlled land.

Ogunronbi, who worked on the green paper, said the state wanted first right of refusal on some freehold properties. “The land ceiling will be used on both citizens and non-citizens and will target prime agricultural land that is not being used to its full potential,” he said.

He explained that the land ceiling would apply in instances where land was not used for “food security, as in the case of game farms”.

Ogunronbi was quick to emphasise that these restrictions would not affect commercial farmers — as long as they farmed productively.

Foreigners, and even South Africans who speculate in land, “especially coastal land”, will also face the government’s wrath.

“Speculative accumulation of prime agricultural land that does not serve food security will be targeted by the new legislation, the green paper is proposing,” he said.

The third category of ownership concerns state and public land held under leasehold, while the fourth, communally owned land, will have mixed uses and be managed in consultation with traditional authorities.

Eddie Mohoebi, spokesperson for the department, said the green paper sought to reconfigure land ownership so that all South Africans — and black people in particular — had reasonable access to land, with secure rights, to meet their basic needs for housing and a “productive livelihood”.

The green paper also proposes a Land Management Commission to keep an eye on government bodies that manage land.

The proposed land valuer general will be responsible for assessing “fair and consistent” land values, according to the paper. Critically, the valuer will determine compensation in cases of land expropriation in terms of the Expropriation Act.

The valuer will also set guidelines, norms and standards “to validate the integrity of valuation data”. The purpose is to prevent corruption and faulty land pricing. Mohoebi said the creation of the valuer general would help speed up land reform.

“A big part of the hold-up on land reform is the squabbling around the prices paid for land. The valuer general will help to ease this congestion through the setting up of norms and standards,” he said.

Mohoebi believed the challenges and constraints of the past 17 years had taught his department valuable lessons.

“But, clearly, there are no silver bullets in solving post-colonial land questions,” he said.

Land Reform Minister Gugile Nkwinti defended the new policy in Parliament this week. “Every country has measures to protect its national assets, including land,” he said. “We should not be an exception to that.”