Top jobs are still out of reach 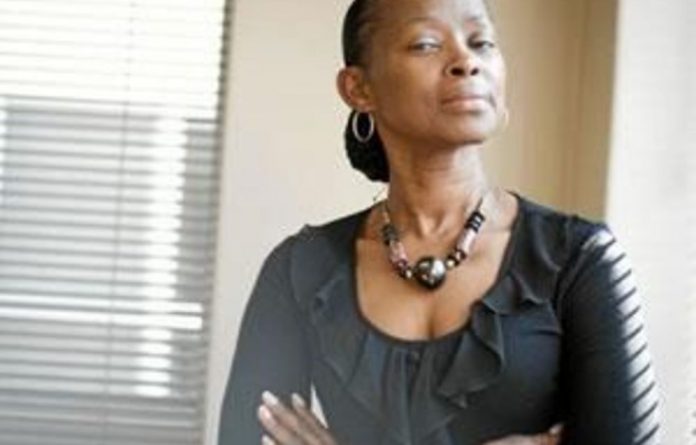 The business world’s proverbial glass ceiling is still very much intact if the stats are anything to go by. Age-old challenges for women in the corporate sphere remain a powerful force, making it seemingly impossible to get ahead.

The 2011 Women in Leadership Census, conducted by the Businesswomen’s Association of South Africa (BWASA), measured 319 companies listed on the Johannesburg Stock Exchange and found women hold only 4.4% of CEO/managing director positions, 5.3% of chairperson positions and 15.8% of all directorships. Each year, the census reveals a minimal increase of top-level female employment (0.1%) and there are still companies that have no female representation at senior level at all.

Nombulelo Moholi, Telkom group CEO, said women are still denied equality in the workplace, often as a result of cultural stereotyping. “Companies that cannot move beyond the glass ceiling do themselves a great disservice. They lose out on female attributes that can greatly transform and enhance any business environment.”

Dawn Mokhobo, chairperson at Wesizwe Platinum, said young women feel the same as she did when starting out. “They go through the same insecurities we went through. So you have to ask: have things really changed?” There is an unspoken camaraderie between men in the workplace and a need for women to prove themselves, Mokhobo said. “A few young people do break through, but you have to be tough emotionally. I’m not very optimistic about closing the gap, I don’t see much happening.”

CEO of Shanduka group Phuti Malabie describes one challenge as “a constant, subtle undermining”. The reality is: “people accommodate people that are like them.” Tough economic times, Malabie said, could be the reason for stagnated stats. “In difficult times people want to retreat back to what is comfortable. Hiring a woman is considered a risk.”

But Sonja Sebotsa, owner of Identity Partners, said that merely highlighting the issue gives women more confidence in themselves and an ability to step up and take their space and skill themselves.

Executive director at Peotona Group Dolly Mokgatle said the glass ceiling can’t truly break unless there is a pipeline. It’s critical to have succession plans to create credibility and opportunity, she said. Time and resources must be spent on such plans; otherwise women are set up for failure. Transformation means real steps to build capacity. “The scorecard demands it, sustainability requires it.” Corporate South Africa seems to be cottoning on to this.

Now, Sebotsa noted, women are also becoming more aware of entrepreneurship as an option. “It may be challenging but they see reward in some of the freedoms, flexibility and reward that come with being your own boss.”

The 2010 Global Entrepreneurship Monitor report on South Africa found that while men are more likely to be entrepreneurs, there has been a significant increase in women owning or managing established businesses with a jump from 42% in 2009 to 46% in 2010. The study found women are more necessity-motivated to start businesses — a possible response to the impact of the global recession.

But Kunyalala Maphisa, president of BWASA, said female entrepreneurs face unique challenges when it comes to financing a business initiative. “It is mind-boggling that banks and financial institutions set up funds and talk about empowering women in business — but that is not happening.

There is a disconnect between financial institutions and women on the ground who require funding.” Pay disparity, Maphisa said, does not happen to the extent that it did before, but often women with the same expertise are not able to sell themselves as hard as a man can. Corporate South Africa, she said, is not as receptive to women demanding higher salaries. Higher up this is not so prevalent “but in the middle, there are definite disparities”.

Malabie said it is partly due to legacy issues and not something often seen in young companies. But she agreed that when women interview they don’t push for a value like men do, however. She is optimistic things are changing. “The new generation is more assertive. They want a clear understanding of the value they will be earning.”

But Sebotsa said the small strides should not leave women complacent, but instead encourage them. Female corporate leaders in South Africa show that it can be done and be done well. “They are role models who spur us on to know that what women deserve is achievable.”

Mokhobo warned that some might thrive in business by acting and thinking like men. But if this is the way to deal with challenges — to give up on their femininity — it will take another 50 years to break the glass ceiling. “Give yourself the skills and learn to speak your mind. Do the best you can, but not at the cost of who you really are.”

A discussion about the differences between men and women does not imply that one gender is inferior or superior to the other, Moholi said. “Rather it is this very difference that must be harnessed to strengthen an organisation to provide equal opportunity.

Needless to say, gender equality must be placed at the top of the corporate agenda to realise the full potential of a company’s greatest asset: its human capital.” But to break the ceiling is not enough, Mokgatle said, it must have meaning and a woman must take it upon herself to make a difference.”

Hope on the horizon
It’s not all doom and gloom; a report released by Accenture last year found that women in business are more resilient than men. The worldwide research Women Leaders and Resilience: Perspectives from the C-Suite found that more than two-thirds of corporate leaders around the world report that resilience — the ability to overcome challenges and turn them into opportunities — is important in determining who to retain.

In South African, 56% of respondents said women were very to extremely resilient and only 44% reported men as very to extremely resilient. It showed that of the total employees let go, 63% were male while 37% were female. Accenture said that 80% more local companies are preparing more women for senior management roles than in the last five years, a 33% increase on 2005 figures.