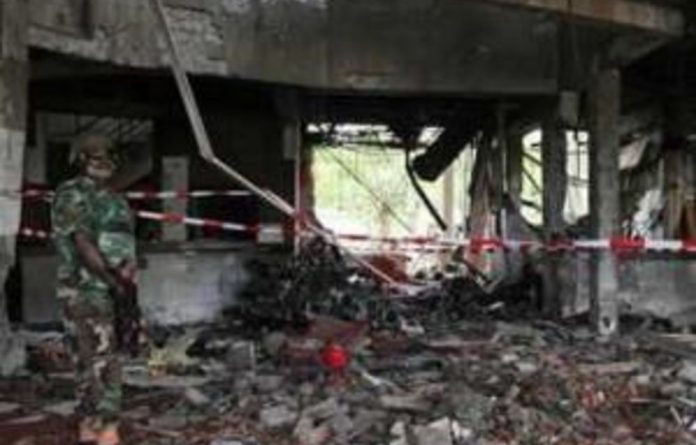 The man was desperate as he searched the main hospital in Abuja, yelling out for help to find his father — missing since a suicide bomber blasted a hole through the United Nations headquarters in Nigeria’s capital.

“We have searched about seven hospitals and we couldn’t find him,” said Sunday Enabu (20) of his father Elisha, a 47-year-old who worked at the World Health Organisation, housed in the UN building.

A day after Friday’s attack at the UN compound, there was anger, hurt and frustration in Nigeria’s capital as families searched for news of relatives and many questioned how the bomber could have made his way past security.

UN employees gathered at the site of the building, some hoping to collect personal belongings left behind when they rushed out, others seeking further information on acquaintances.

UN officials handed out slips of paper and asked them to write their names as a way of taking a head count of employees and to decide who to allow into parts of the building with less damage.

Stories of horror
Some recounted what they saw on Friday, when the bomber cleared two gates in the exit lane of the compound before ramming his car into the building, with the blast that followed blowing out large parts of the headquarters.

“I think the security people should be blamed since they ought to have stopped him since he was driving on the wrong side of the road,” said a woman who identified herself as Ayoola.

She said she was parking her car to go meet with someone at Unicef, the UN children’s fund, when the bombing occurred.

“After about 30 minutes, I saw people bringing out bodies, dead bodies, and I saw the body of Wale, the person I had come to see, being taken out on a stretcher into an ambulance,” she said.

“All the windows everywhere were shattered and every place littered with broken blocks, glass and even some human parts. It was horrible.”

The workers gathered at the site discussed what they believed had happened, saying the bomber had driven at high speed into the building before detonating the bomb.

Those who caught sight of others they believed they would not see again were joyful and embraced them while others were left devastated when they found out a friend had died.

One woman sobbed as she spoke, discussing the death of a friend.

“I was on the third floor to see a colleague when it happened,” said the woman, Comfort Timothy. “The explosion was so loud that we thought there was a war going on.”

Calls for blood donations
Rescuers said they believed everyone had been evacuated from the building but they continued to comb through the rubble on Saturday morning in case.

Calls went out for blood donations as hospitals sought to cope with the wounded.

On Friday night, a doctor at the national hospital called the situation “overwhelming”.

“I have never seen a thing like this in my 25 years as a medical practitioner,” he said.

As for the culprit, suspicions fell on the Nigerian Islamist sect known as Boko Haram and a man claiming to be its spokesperson claimed responsibility.

There was no proof, however, and the police said they were looking at all possibilities. The sect has been blamed for scores of bombings and shootings in recent months but it has not been known to target international organisations.

“The government should do something quickly to stop this Boko Haram thing,” said one woman outside the UN building on Saturday.

Another man outside the compound who had just found out a friend had died wanted to know how such an attack could be allowed to happen.

“What it means is that nobody is safe after all,” he said. — AFP

For breakaway territories, quasi-states and would-be secessionists, diplomacy is hard – but not impossible
Read more
Advertising
Continue to the category
Politics