Book extract: The Dancing and the Death on Lemon Street by Denis Hirson 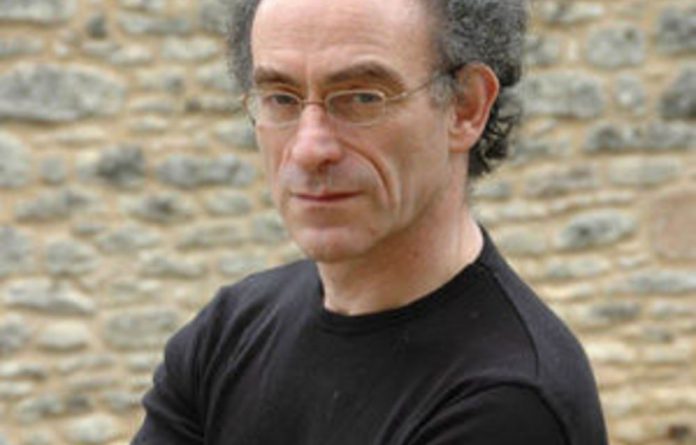 This is an edited extract from The Dancing and the Death on Lemon Street (Jacana) by Denis Hirson.

Full moonlight rose over Lemon Street. It mixed with the filament glow of the lamps and turned the tar to the dry whiteness of salt. It settled on the leaves of the trees, the tiles and corrugated iron of the roofs, left a rumour of itself on the windowpanes. It picked out the slope of the street between the fences and walls, all the way down to the black arch of the willow trees; beyond them it worked the trickle of water in the sloot to mercury.

One dog started barking, a dry, solitary volley of noise soon taken up by another dog, and then another, the air stretched by their harsh, monotonous tones, each garden now a territory to be defended, a wide circuit of urgency flashing across the huddled darkness of the neighbourhood.

Jonathan Miller lay in bed with his father beside him on the blanket beginning to snore pitilessly. There was a choice now, between waking him up and losing him, or lying there in his warm company, cramped up against the wall. It was rare to have him home so early, even rarer for him to come and lie down and give himself over to sleep.

There was the din of dogs, rhythmic rasp of snoring, tiny chimes of water as his mother wrung out a jersey at the bathroom basin. Then with an abrupt snort his father shook himself awake, smudged his son’s forehead with a kiss. Behind him he left a beach-sand hollow of heat that his son rolled into, without falling asleep.

What made those dogs bark so loudly? The shadows in his room were vaguely inhabited with his fear. If any people were out in Lemon Street at this hour they would most likely be men whose skin was the same colour as the night. They could not stop a dog barking, but then a dog might not stop them from entering where they liked.

From her room just a bit uphill on the other side of the road, Rosy heard the dogs, and hoped they might be announcing the man she loved. She had no way of knowing when he planned to arrive, though it would not be during the day, for he had no pass, and the police could easily stop him.

Still, he might come any night now, swift and easy down the side of the street. He would knock softly at her door, and in a low voice say the password of his name, Elias. Elias Lehobo. She stood up from her chair and walked outside, but there was no one, only the secret smell of flowers in the night, and a glittering scribble of insects flying at the screen to Mrs Glanville’s window, where the light was on. She went back into her room and sat on her well-made iron bed, each of its legs resting on three bricks to keep her clear of the tokoloshe when she slept. By the light of the naked globe, she briefly followed the passage of a bedbug up the wall before crushing it under the ball of her thumb.

Let him come, she thought, let him come.
Every tree branch brushing against another was his footstep, the smallest flapping of a bird’s wing was the catch of Mrs Glanville’s back gate pulled inwards as he entered.

Rosy switched off the light and lay down. She saw Elias before her, a lean man with a bony face and a shining smile in his eyes, the glancing whiteness of his teeth above a tuft of beard. A man with a lilt to his walk and a nonchalant way of looking about him as he stood quietly smoking a cigarette he had rolled.

With his eyes he had caught her outside the Reynolds’ house, down past the willows at the bottom of Lemon Street where he had found work as a gardener. Vho-Victoria worked as a maid at that house too, so Rosy went there quite often, for Vho-Victoria’s company and reassuring comfort when Mrs Glanville had been in one of her nasty moods.

With the soft cajoling of his voice Elias had taken her, not the first time and not the second or third time either though he insisted; she held back from his charm, since once a man she trusted had done to her what no man should do. Later, though, in her own time she had allowed him.

They were not promised to each other, but for him she finally loosened inside herself the bond that had once been arranged in her name with another.

How strange it had been at first to stand in the yard of a white person’s house, in a place where she kept her eyes down, her pride and person taped back behind the apron and matching doek of humility, and feel the full hot sweep of a man’s want upon her womanhood.

He brought her a glittery necklace, a tube of lipstick whose taste she secretly spat out. He made crazy jokes about white people and what they did with their animals, things it was not even possible to dream of. Once, as they went on a rare walk through the neighbourhood, he kicked at a big leather-smooth seed in the street; when she remarked on how round and shiny it was, he picked it up and slipped it into her hand.

Down on the far side of the sloot she gave herself to him, where a strip of no-man’s-land ran alongside the fences, and the houses of the white people turned away behind their fences and hedges. Between a few mimosa trees where they could not be seen, behind a small outcrop of rust-coloured rock, in the small hours, under the rippling sheet of his breathing. And then again later, when they had become used to each other, and more immune to the eyes and ears of Lemon Street, in the confines of her room.

Then he had left, only months later, saying he could not stay on Lemon Street any more, he had to organise, though he would not say more. He would say nothing of his life at all, even that one word seemed too much, except that he promised to return and see her, and several times he had indeed kept his word.

Let him come, she thought, but let him be sober.
Jonathan Miller lay in his bed, and listened to the arguing between his parents. The house had thick walls, and the door to his parents’ bedroom was closed, their words like nails driven down with such intense quietness that their meaning escaped him. Just let them not divorce, he thought. Just let them not. In his class, Michael Sherwood’s parents had divorced the year before.

It was the first time he had ever heard of such a thing and could not imagine exactly what it meant, except that Michael Sherwood, who was so talkative, so good at French cricket, crack at marbles, and generous with the little soft ivory chunks of Sky High bubblegum he liked buying at the tuckshop, had suddenly gone so quiet you might have thought he was stupid. Then one afternoon outside the school he had overheard two parents speaking about Michael and his sister, who was in grade two, and saying that they came from a broken home. He had a vision of a house with shattered windowpanes, torn curtains and a lopsided front door. Parents were meant to stay together, and that was what his had better do.

Denis Hirson will be at the M&G Literary Festival on “Memories of the city”, chaired by Jon Hyslop, with fellow panellists Ufrieda Ho, Mbulelo Mzamane and Chris van Wyk. (Saturday 3 September from 11.30 am to 1 pm in the Laager Theatre at The Market Theatre)