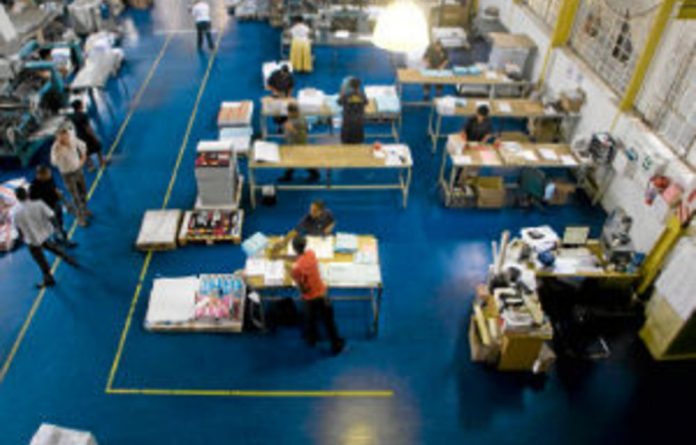 Astrid Ludin puts on a brave face as she describes her first four months as South Africa’s companies commissioner.

It’s been a “difficult beginning”, she says, and the new Companies and Intellectual Property Commission (CIPC) is only just becoming functional. But, asked how the experience compares with that of starting her own business, which she did two years ago in an interlude between a decade-long stint as a department of trade and industry bureaucrat and taking up the reins at the CIPC in May, she says nothing is as hard as starting a business.

Her experience of starting and running a small bakery with her sister in 2009 increased her respect for small-business owners and gave her an insight into how important it is that the CIPC should become an enabler of business, and not an obstacle, which, she freely admits, it currently is.

Small-business owners are the CIPC’s biggest client base by far and, when the commission started in May this year it had its work cut out to restore the sector’s faith in the government as the keeper of the companies register after years of declining service from its predecessor, the Companies and Intellectual Property Registration Office (Cipro). But the CIPC’s start was so bad that it will take years of extraordinary effort to gain a positive reputation among small-business owners.

Four months into the life of the commission 6 400 companies are in the queue to be registered, as are 3000 amendments to close corporations (CCs) and 3 800 name reservations. Only 45% of phone calls to the CIPC’s call centre are answered.

Apart from company registrations, these figures actually point to major progress compared to previous service levels, says Ludin. At the beginning of August no fewer than 31 108 name reservations clogged the system and another 10 000 flowed in during the month. Now that the name-reservation system has been sorted out the commission is able to process 3 000 of them a day and the backlog was expected to be cleared by the end of August.

The backlog of CC amendments has been brought down from a high of 9 000 and at one stage only 21% of phone calls to the call centre were being answered.

Most worrying are new company registrations. In August the CIPC managed to process more than 3 000 of them but, because 3 000 new applications flowed in during the month, the commission could only make a dent of about 400 in the backlog. But Ludin is confident that the backlog will be cleared by mid-September when the CIPC will “start with a clean slate”.

Delays
Company-registration professionals, the middle men who register companies on behalf of clients, complained to the Mail & Guardian that, although they expected some delays as the old Cipro made way for the new commission, four months was stretching it. But they say that there are signs of life, with a recent flood of name reservations and a trickle of company registrations being finalised.

“Once name reservations start coming through, it looks like the system is beginning to work,” says Christian Gouws, the chief executive of Shelf Company Warehouse, the biggest company-registration service in South Africa.

He says his staff is highly critical of the number of data-capturing mistakes being made by CIPC officials, which has serious implications for new companies. If one digit of an identity number is wrongly captured on the system from an application form a new company won’t be able to open a bank account, for example, because of strict new banking regulations.

The owner of another company registration business, who did not want to be named, says the mistakes are not limited to manual capturing. Electronic submission of information is also prone to reflect incorrectly on registration forms.

Ludin acknowledges the human and computer errors and adds them to the list of problems that will be fixed by mid-September.

The only time Ludin’s candour evaporates is when she is asked why the CIPC was allowed to take over from Cipro when it clearly was not ready. She can’t comment, she says, because she wasn’t there before the May 1 launch date.

She describes the perfect storm she walked into on her first day. There were substantial backlogs of all categories of applications inherited from the old Cipro, compounded by a huge flood of CC name reservations in March and April.

New law
A new IT system stood waiting, but it hadn’t been tested and the inevitable bugs delayed the introduction of the automated registration processes.

In anticipation of a flood of phone calls from users faced with a whole new Companies Act the old Cipro call centre of seven staff members was bumped up to 34, but it proved wholly inadequate as callers expected to be talked through the CIPC’s unfamiliar new website. Hours were extended, but Ludin estimates that only if call-centre staff are doubled will the gridlock be solved. That can’t happen overnight.

All of this is happening on the template of a radical new law with which her staff, the public and the legal and accounting fraternity are unfamiliar.

Ludin doesn’t say so but probably her biggest headache lies in melding a team of 580 bureaucrats, half of which were inherited from the demoralised old Cipro and the other half from a directorate in the department of trade and industry.

It is a sophisticated service that she has to build, stretching beyond mere administration of the new Companies Act to giving guidance and advice to the public on the law.

A company registration professional who wanted to remain anonymous says it is impossible to “get a straight answer out of the CIPC” about basic tenets of the law such as the financial accounting obligations of small owner-managed companies. Again, Ludin is candid about this shortcoming, which, she says, is exacerbated by the lack of a clear process for requesting non-binding opinions about the Companies Act from the CIPC. “We’ve been receiving a lot of those kinds of questions via email. At the beginning of August, the number of emails in the system was close to 15 000. By the end of August, we will have sorted through most of those queries. In future the organisation will be a lot more responsive.”

Only once during the interview does Ludin disagree with a complaint about her commission. The industry of middlemen that developed around Cipro grew used to being able to approach individual officials in back offices to fix mistakes and clarify points. Now, the call centre and a large service centre in Pretoria separates the public from the inner workings of the commission.

“You throw your documents into the Black Hole of Calcutta and hope that you’ll get them back one day,” says Gouws about the lack of access to the inside.

Ludin is adamant that the change “needed to happen because of problems with fraud and preferential access” at the old Cipro. She promises that by October CIPC will have clear service-level targets to which the public can hold it accountable.

“A lot of changes need to happen in the organisation and it will take time. But that doesn’t mean we shouldn’t deliver at least a decent service to people [in the meantime].”