Lion’s share of Swazi loan to go to construction 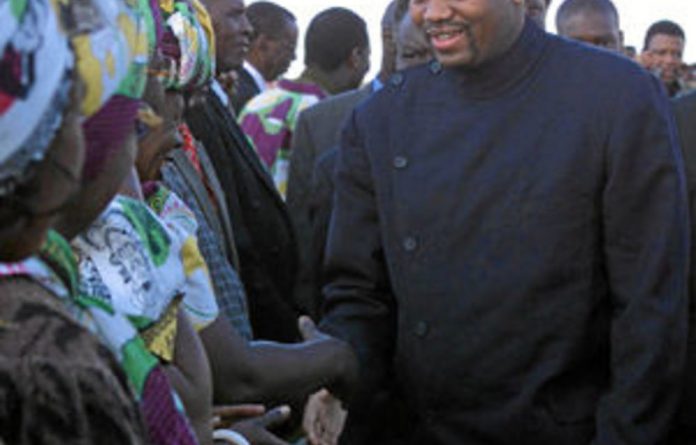 Cash-strapped Swaziland plans to spend nearly half of its R2.4-billion loan from South Africa on capital-investment projects, including the building of a road to its controversial new airport, Swaziland’s finance minister, Majozi Sithole, revealed this week.

In a telephone interview Sithole said R1-billion was being allocated to complete construction projects and only R500-million to social needs such as health, education and orphans.

Sithole’s comments contradict those of the South African treasury, which, at the weekend, gave firm assurances that the loan would go towards “priority areas” such as “health, education and related poverty-reduction strategies”.

Treasury also confirmed to the Mail & Guardian that these were the target areas of the loan, which many in South Africa believe was only granted because of President Jacob Zuma’s personal connections with Swaziland and the business relationships of the ANC.

But it is understood that the first tranche of the loan, announced on August 3, has yet to be transferred and negotiations over the exact terms and conditions are ongoing. Treasury spokesperson Kershia Singh said that because it was still under negotiation there would be no further comment on the loan.

Sithole said he had spoken to his South African counterpart, Pravin Gordhan, who was fully aware of how the money was being allocated.

He went on to say that the South African government, including Zuma, had been very strict about how the loan would be used.

He said: “This loan will not be used willy-nilly, but for the purposes of getting back on our feet and assisting the poor and needy in Swaziland and to continue to develop the country.”

‘Personal commission’
It has been suggested that King Mswati could receive a “personal commission” for securing the loan, which some believe might come via tender payoffs from capital projects. But Sithole said the Swazi government was doing what it could through new legislation to tackle procurement problems and corruption.

“We have even said to South Africa that we’re ready to set up a special fund for this loan so that however and wherever we use it, it will be easy to audit it and do a paper trail,” he said.

It would be irresponsible to abandon the airport project — widely condemned as a white elephant and royal vanity project — before it was completed, said Sithole. He estimated that in its 10 years of construction the project had already cost R1-billion.

Asked whether the king — famous for his high living and 13 shopaholic wives — should not reduce his spending, Sithole said he did not share the view that the monarch had a lavish lifestyle and was not aware of his personal wealth.

But all Swazi government departments, including the king’s office and the royal household, had been asked to submit revised budget requests.

To qualify for the loan, Swaziland must also meet fiscal targets and adhere to “confidence-building measures” relating to social development, democracy, human rights, good governance, civil society and respect for the rule of law.

South Africa’s department of international relations and co-operation will oversee this aspect through the Joint Bilateral Commission for Co-operation (JBCC) agreement signed by both countries in 2004.

Department spokesperson Clayson Monyela said the agreement “calls for the creation of an open dialogue in Swaziland, involving all stakeholders and allowing the Swazi people to agree upon an agenda for discussion, time frames and milestones, resulting in a process that is open and transparent and enjoys legitimacy and support as a result”.

So far no direct contact has been made with Swazi civil society organisations about initiating reform talks.

But the Swazi government has advertised its own “Smart Partnership” forum. A civil society activist, who asked not to be named, said the forum was “useless” because it recognised only individuals rather than groups or committees.

Responding to a parliamentary question last year about whether South Africa had taken steps to encourage democratic and political reforms in Swaziland, International Relations and Co-operation Minister Maite Nkoana-Mashabane said this had not been done because South Africa had a “foreign policy of non-interference in the internal affairs of a sovereign state, and especially a neighbouring state, [which] would not make it possible for South Africa to attempt to bring about political change in any country unilaterally”.

She said bilateral relations were defined by the JBCC — the commission that is now expected to hold Swaziland to account over its reform programme.

Meanwhile, the International Monetary Fund has released a damning assessment of Swaziland’s fiscal performance. Because of unmet targets it confirmed its Staff-Monitored Programme (SMP) was now “off-track”.

This means more delays to possible funding by the African Development Bank and international donors.

In a statement this week after a two-week visit to the country the IMF’s Joannes Mongardini said Swaziland’s fiscal crisis continues to deepen and the government will face “severe liquidity constraints over the coming months, notwithstanding the recently announced loan from South Africa”.

The IMF has told Swaziland it will engage in a new SMP only if the country prepares an emergency budget to reduce its wage bill — among the highest in the region and equivalent to nearly half its expenditure — and cuts capital spending.

Next week major protests are planned in several towns in the kingdom. Cosatu will also stage solidarity events across South Africa, including pickets outside the Reserve Bank to demand stricter conditions for the loan.