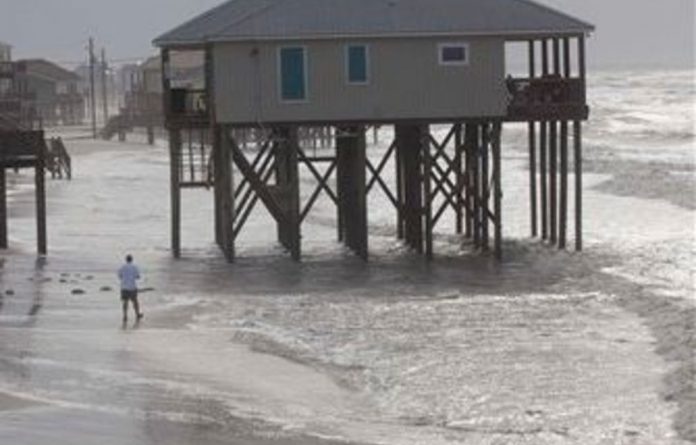 Tropical Storm Lee made landfall in the southern United States’ state of Louisiana on Sunday, bringing with it torrential rains threatening floods in parts of the country, US government forecasters said.

“A slow north-eastward motion is expected later today [Sunday], followed by a turn to the east northeast tonight,” the centre advised.

With some areas forecast to receive up to 20 inches of rain over the Labour Day holiday weekend, residents of coastal states as well as landlocked Kentucky and Tennessee should prepare themselves for extensive flooding, experts warned.

Levee strength fears
Oil companies evacuated workers from offshore rigs ahead of the arrival of Lee, a disorganised but major rainmaker.

“If we get the five to 10 inches that come out into a tropical storm in that kind of terrain, the flash flooding is fast and it’s violent,” Bill Read, director of the National Hurricane Centre in Miami, told reporters.

The head of a parish in the New Orleans suburbs, Billy Nungesser, told Fox News that his biggest concern was whether the levees would hold up.

“Twenty inches of rain, which is expected — we’re hoping that’s spread out over three days, as nowhere [here] can take that heavy rain in a concentrated time frame,” Nungesser said.

“It’s not like the entire place is underwater but certain places are,” Jefferson Parish President John Young told the Los Angeles Times. “Right now, we’re acting out of an abundance of caution. We don’t want to have people trapped in there.”

Lee was battering the Gulf Coast six years after the region was devastated by Hurricane Katrina.

The levee system around New Orleans failed after Katrina, putting much of the city underwater. More than 1 500 people died.

The intense rain that Lee is already dumping on the city is expected to provide the most severe test of the levee and canal systems at Lake Pontchartrain and elsewhere since Hurricane Gustav came close to overwhelming the levees three years ago.

Earlier this week New Orleans Mayor Mitch Landrieu said the water pumps that were key to the city’s flood mitigation are “100% operational”.

“Do not underestimate the impact of this system of tropical weather,” he said.

Further storms
US forecasters are monitoring Tropical Storm Katia in the Atlantic Ocean.

Forecast models vary, and Katia is still well out to sea, but some tracks show the storm nearing and perhaps clipping the US eastern seaboard sometime next week. — AFP