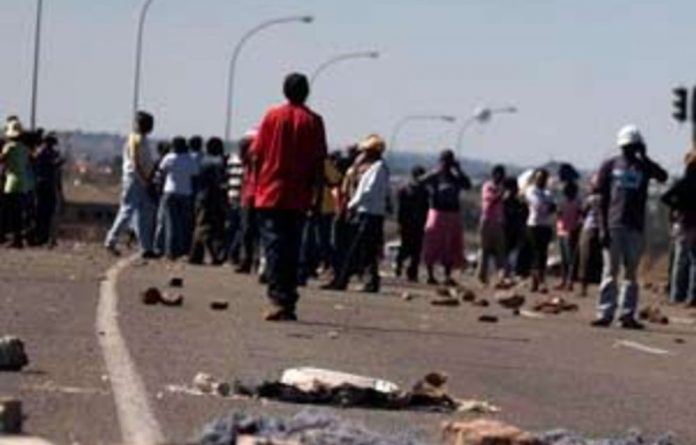 Residents of Thembelihle, south of Johannesburg, are to meet officials over their housing and water grievances after a protest in the morning, Gauteng police said on Monday.

“The situation is calm at this stage and they are waiting to be addressed by Gauteng housing officials at a nearby taxi rank at 5pm,” Captain Hector Netshivhodza said.

About 500 people blocked Klipspruit Valley Road with burning tyres from 3am in a protest over poor service delivery.

Police fired rubber bullets at residents who threw stones at them and property, damaging three cars and a traffic light.

Police were investigating reports of an 11-year-old boy being hit in the face by a rubber bullet.

Eyewitness News posted a photo of the boy on a twitter feed, with a bloody wound on his right cheek.

Netshivhodza said the boy’s mother told police he had been playing in the yard when he was hit by a bullet. He was sent to Lenmed Clinic along with a police officer.

Lieutenant-Colonel Katlego Mogale said the officer was hit on the leg by a rock and suffered a sprain. Twenty people were arrested for public violence and malicious damage to property. — Sapa