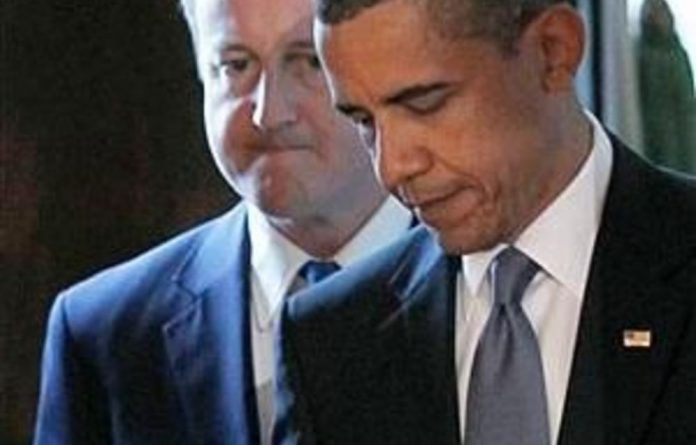 A British inquiry into alleged complicity in the mistreatment of terror suspects will look into new claims that the spy agency MI6 was involved in rendition to Libya, a spokesperson said Monday.

Prime Minister David Cameron set up the Gibson inquiry in July 2010 to probe allegations that members of Britain’s intelligence agency were complicit in the torture of extremists on foreign soil after the September 11 2001 attacks on the United States.

The inquiry had focused on Guantanamo Bay detainees but decided to examine British links to the ousted Libyan regime after the discovery at the weekend of files in Tripoli which suggested MI6 involvement in rendition to Libya.

Abdelhakim Belhaj, now the Libyan rebels’ military commander in Tripoli, has demanded an apology after the files suggested Britain and the US were complicit in a plan that led to his illegal transfer to Libya and subsequent torture.

Belhaj was named as a senior member of the Libyan Islamic Fighting Group (LIFG), which fought to overthrow Gaddafi. It had historical ties to al-Qaeda.

“The inquiry is looking at the extent of the UK government involvement in or awareness of improper treatment of detainees including rendition,” a spokesperson for the inquiry, headed by retired judge Peter Gibson, said in a statement.

“We will therefore of course be considering these allegations of UK involvement in rendition to Libya as part of our work. We will be seeking more information from the government and its agencies as soon as possible.”

Secret torture
The CIA used secret rendition flights after the 9/11 attacks to transport terror suspects to third countries for interrogation. Many suspects later said they were tortured.

Cameron backed the decision to examine the allegations but warned against rushing to judgement.

“In 2003 … there was a Libyan terrorist group that was allied to Al-Qaeda and at all times our security services and intelligence services are trying to work for the good of the country,” he told lawmakers.

The inquiry’s decision came after details of the Belhaj case emerged in files obtained by Human Rights Watch from Gaddafi’s intelligence archives.

The files documented the capture by the CIA of Belhaj in Bangkok in 2004 and his forcible repatriation to Libya, where he had fought the old regime. He was imprisoned in the notorious Abu Salim prison until he was freed last year.

“What happened to me was illegal and deserves an apology,” Belhaj told BBC news.

Passing an old buck
Cameron’s spokesperson sought earlier to distance the current government from the controversy, saying the papers uncovered in Tripoli related to the previous Labour government and had not been seen by current ministers.

As well as details about Belhaj’s alleged rendition, the recently uncovered documents showed details of an apparently cosy relationship between MI6 and the former Libyan regime, which crumbled last month after a six-month uprising.

In one letter a senior member of Britain’s intelligence agency congratulates Libya’s spymaster on the arrival of Belhaj from Thailand.

The chatty and friendly letter, written to Gaddafi’s right-hand man Mussa Kussa, says the delivery of Belhaj “is the least we can do for you.”

Kussa was Gaddafi’s foreign minister until he defected to Britain in March, but despite being accused of rights violations was allowed to fly to Qatar the following month.

Britain has always denied initiating or being complicit in rendition operations.

Guantanamo delay
The formal launch of the Gibson inquiry has been delayed until after the conclusion of legal cases brought by Guantanamo detainees, expected to take many months.

Britain, like much of the international community, shunned Libya for years but ties improved markedly over the past decade after Tripoli renounced its weapons of mass destruction and took responsibility for the 1988 Lockerbie bombing.

But the relationship collapsed in February this year as the international community sided with the rebels fighting Gaddafi. — Sapa-AFP