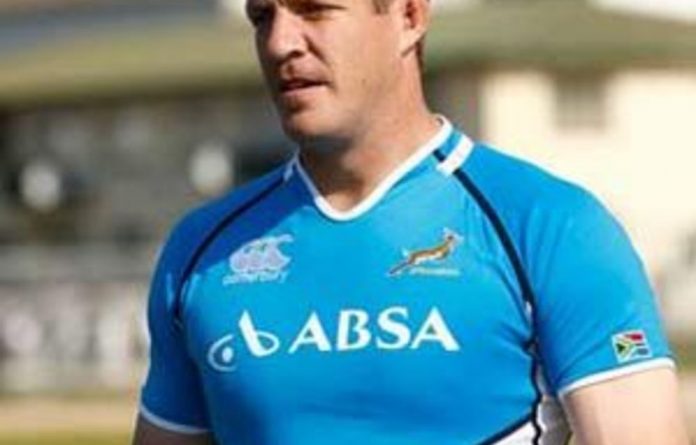 Lock Bakkies Botha could miss the Springboks’ opening match of the Rugby World Cup against Wales on Sunday because of an Achilles injury, South Africa’s communications manager Andy Colquhoun confirmed on Tuesday.

“At the moment 29 players in the squad are fine and the only doubt for the weekend is Bakkies Botha who has got Achilles Tendinosis, which is a chronic problem which is being managed at the moment,” Colquhoun said.

Colquhoun, however, made it clear that Botha is the only player that is currently out of the reckoning.

“Everybody else is rehabbing and is due for selection.”

Time for Rossouw
A possible loss of Botha could open the door for Rossouw, Springboks No. 8 Pierre Spies said.

“Bakkies is a person you always miss, in his special way, but for us it’s important to keep the routine of the team going,” he added.

“Danie is very similar to Bakkies, so we’ll just stick to the way we play, keep going with it and we won’t change our plans.

“We’ll wait and see how the week turns out and hopefully his foot can recover in time.”

Reigning champions South Africa face a Wales side they have dominated in recent years, but one quietly confident of causing an upset after confidence-building wins over England and Argentina in August.

Intelligent play
Wales would need to play intelligent rugby and seize the few scoring opportunities likely to be on offer against the miserly Springboks defence if they were to have any hope of toppling the southern hemisphere giants, assistant coach Rob Howley said.

“We need to score two or three tries if we are to win the game and we are aware of that,” he added.

“We keep talking to our players about having composure in particular moments [because the Springboks’] scrambling defence is very good.”

The coaching staff had taken a keen interest in Morné Steyn and the Springboks’ 18-5 win over World Cup hosts New Zealand during the recent Tri-Nations tournament, with discipline a key lesson from the game.

Wales had conceded 54 points from penalties in their five games against South Africa in the preceding three years, which had all ended in defeats, said Howley.

“[We have to] make sure that we don’t give any silly penalties away,” the former Wales and British and Irish Lions scrumhalf said.

“He [Steyn] is a wonderful kicker and you don’t want to give [them].” — Sapa, Reuters