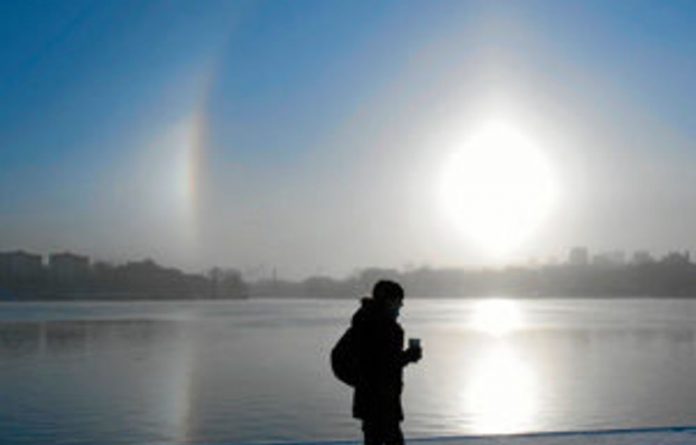 You can keep Elle Macpherson’s legs and Angelina Jolie’s lips. If I could change one thing about myself I would be Swedish. I would live in a flat decorated with Bruno ­Mathsson’s Eva chairs, dress in Acne fashion and spend my weekends driving off in a beaten-up Volvo to a lakeside summer house to drink coffee, eat cloudberries and jump straight from my Gustavian bed into cool, clean water.

It is unlikely to happen any time soon, but living the fantasy for a weekend has just got easier, thanks to a new company called Nectar & Pulse (nectarandpulse.com). Based in Vienna, the organisation publishes alternative guidebooks to its home city, as well as Stockholm and London. Barcelona and Paris will be added to the list later this year.

The guides — though not completely tailor-made — are a halfway house between packing a Time Out guide and packing another human being. Customers can buy the ring-bound city guide, scroll through the company’s website descriptions to find local ‘soulmates”, decide which personalities tally best with their own and buy recommendations from as many of them as they like. The cost is €10 for the guide, plus €6 a soulmate.

Did I want to try out the Stockholm version? A few days later, and slightly cheating perhaps, the company’s co-founder, Tanja Sieder, had chosen my soulmates for me — ‘shopaholic, glamour girl and party queen” Emma Stolt; ‘bohemians, pop princesses and businesswomen” Johanna and Nina Piroth; ‘shop-owner, fashion lover and Harley rider” Marcus ­Lindstedt; ‘­collector, photographer and listener” Kristofer Hedlund; ‘business lady, mum and food enthusiast” Hanna Olszewska; and ‘jewellery designer, dancer and activist” Isabell Stolt. There they all were, waiting in my letter box: a flurry of tousle-haired, edgily dressed, shiny Swedish cool bound together in a neat guide (though not so neat that it can fit in your pocket).

Its rather cumbersome size aside, the guide was certainly useful, with recommendations for shops, bars, cinemas and activities I had never come across before in years of visiting Stockholm, as well as a few that I had (‘flirt with cute Swedes”).

Stepping out
But I was going one step further. Although Nectar & Pulse does not normally offer a personal tour-guide service, they agreed to pair me with soulmate Isabell Stolt for a day of sightseeing so that I could find out more about the concept as well as the city. As her description suggested, Isabell is a dancer and jewellery designer but also works for a small independent publisher, Dokument Press, which specialises in books about street art. She is also Sieder’s cousin.

Collecting me from my hotel, she walked me first towards Slussen, a busy transport hub between Sodermalm and the city’s old town, which Stolt accurately described as ‘the most disgusting place in Stockholm”.

‘There’s a lot of debate about whether it should be knocked down and rebuilt in a prettier way, but other people say it’s a landmark as it is, and that we should keep it,” she said.

But she was not taking me there to soak up the city’s unloveliest ­scenery. Up some steps just beyond Slussen was Sodra Teatern, a ­concert hall, bar, restaurant, club and café with a terrace overlooking the city, as well as Malaren, the lake around which the city is formed. ‘Stockholm is at its prettiest where you can look out with a view,” said Stolt.

Did she think there would be a market for Nectar & Pulse? ‘I like being part of something that encourages people to explore beyond the usual,” she said. ‘My personality is different from that of someone else so it seems absurd that, when we travel, we all traipse around the same places. Of course history is important and there are some things we should all see, but for me the most amazing experiences happen at small neighbourhood cafés, not at the big tourist sites.”

Following this philosophy, we agreed to spend the day in her favourite district, the island of Sodermalm, hanging out much as she would on any other Saturday. ‘On a hot day like today I don’t think we should try to do too much,” she said, leading me past Restaurant Carmen. ‘It’s not pretty but the beer is cheap, so you go for the beer and then you leave.”

Shopping and stopping
Next stop was Sneakersnstuff, a shoe shop cannily located opposite Stockholm’s dance centre; then a ­vintage clothes and furniture store near Nytorget Square that gives a ­percentage of its profits to local homeless charities. And then it was off to Nytorget Urban Deli, a deli-style food hall and café serving artisan apple juices and gourmet sandwiches by day and a hip bar by night.

We skipped the deli in favour of goat’s cheese and beetroot salads and delicious non-alcoholic mojitos made with fresh lemonade and mint at ­Gildas Rum, a café across the square.

On gallery-packed Hornsgatan we window-shopped our way past a vast vintage clothes store, Judit’s Secondhand, and one of high-end Swedish fashion brand FilippaK’s not-for-profit second-hand shops before eventually coming to the end of the road (in Sodermalm at least) at Hornstull crossroads. Below us was an inviting 1930s floating swimming pool and, just along, a sweet 1960s arthouse ­cinema, Rio. ‘It’s one of Tanja’s favourite places in Stockholm,” said Stolt.

‘She said I had to bring you here.” I am glad she did; I would never have come across it on my own.

But with the sun beaming it was not a day for being indoors. So we dropped down to the waterside instead for a farewell drink on the terrace at Strand, a restaurant and club packed with beautiful people. ‘The city feels more alive when you have water around you,” said Stolt.
Likewise the recommendations of a ‘soulmate”. As we flicked through the Nectar & Pulse folder, looking for places I should stop off at on the way back to my hotel, we read that one of Sieder’s ‘must-dos” is the walk from Hornstull to Skanstull, right round the southwest side of Sodermalm island. With the sun finally starting to lose some of its heat, it seemed an obvious way to end the day.

A pretty waterside footpath took me past tiny beaches, busy parks, an outdoor pool and pop-up beach bars. Pausing beside one of these — a bar in a blue caravan, serving drinks and ice creams on little painted tables — I sat with a book and watched groups of flaxen-haired locals jump in and out of the water. For a day, at least, I had been one of them. ––