Copenhagen is making a killing 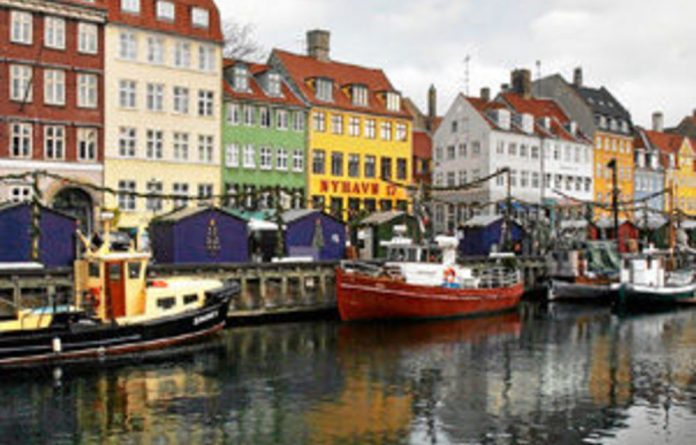 Hit TV drama The Killing depicted Copenhagen as dark and rainy and populated by corrupt politicians and murder suspects. The series, a surprising success, was hardly a lavish, Woody Allen-style love letter to the city.

Nonetheless, the show is being credited for a rise in popularity of the Danish capital as a short-break ­destination.

“It happened in Oxford with [Inspector] Morse, in Sweden with Wallander and now the next one is definitely Copenhagen for The Killing,” says Astrid Ruffhead, spokesperson for VisitDenmark, the ­country’s official travel guide.

But The Killing effect is only part of the story. Copenhagen is home to Noma (noma.dk), voted the best restaurant in the world for two years running now, and the Danish continue to dominate the interiors and design scene. Innovation and style seem, indeed, to be at the heart of the city’s appeal.

Rubbing shoulders
My punt as a Killing fan in search of some Copenhagen cool paid off when, tucking into a sandwich on my first day, who should walk into the café but one of the show’s leading actors (Deputy Superintendent Sarah Lund’s police partner Meyer, in case you’re interested). “Yes, Copenhagen is very small like that,” said some young locals when I recounted this story to them later. Maybe they don’t see that as a plus but the fact that it’s compact enough to tackle in two or three nights makes it a great place for a long weekend (not to mention the fact that everyone speaks impeccable English).

Getting into Noma, however, was another story. At the time of my visit it had a three-month waiting list and wasn’t even publishing a phone ­number on its website in an effort to cool the demand.

Thankfully, the city isn’t short of decent, less-publicised alternatives. In the quiet district of Fredericiagade in Old Copenhagen, we stumbled across BioM (biom.dk), a restaurant that aims to be completely eco-friendly — everything from the food and wine to the hand towels is environmentally sound. Sitting on recycled plastic-bottle chairs by organic candlelight, I couldn’t fault my pickled octopus, fried scallops with blueberry vinaigrette starter, or my steamed trout with peas, bacon and salsify main.

Local and hip
Local and organic are at the forefront of Copenhagen’s foodie scene and BioM is passionate about both. “Not because it is fashionable, just because — why wouldn’t you?” co-owner and chef Brian Johansen says, with a shrug.

Copenhagen’s answer to Hoxton in London is almost certainly Norrebro, the place to be if you fancy browsing bric-a-brac and antique shops, before recharging at local cafés and heading out for a night on the town. It’s here that you’ll find Relae (restaurant-relae.dk), another hot place recently opened by ex-Noma chefs. The city’s immigrants mix with a young crowd that has been lured to the area by cheap property.

I shopped on Elmegade and Birkegade, tried on some gorgeous clothes by top Danish designers, bought myself a necklace, then kicked back at the Laundromat Café (thelaundromatcafe.com/en), admiring the ostentatiously colour-co-ordinated bookshelves and hipster serving staff. (The idea is that you come to the Laundromat to do your washing and have a coffee while you wait but, let’s be honest, this place is more about posing than ­getting your whites whiter.)

Peddle to the mettle
But really to live like a local in this town you need to cycle. You can hire bikes for free (with a 20kr — about R20 ­– deposit) if you can find one of the city’s drop-off points and private hire places are everywhere. Copenhagen’s commitment to decent cycle lanes is impressive — most of them are as wide and well kept as the pavements. Wandering around, I saw so many unlocked bikes that I was beginning to think I was in some sort of crime-free cyclist utopia. I was being naive — most of them are stolen and later abandoned, “and the last time I did that with mine it was gone the next day”, one woman warned me.

Still, you can’t fault the friendliness of most of the locals. One of the best things about visiting Copenhagen in the summer is that you can swim in the harbour. Just our luck that the weekend we visited the city was recovering from two weeks of storms, the harbour had flooded and the pool was closed. Disappointed swimmers were mostly lapping up the sun on the grass next to the harbour pool at Islands Brygge but two of them offered to take us to Amager beach (amager-strand.dk).

Five kilometres, and just a few metro stops, from the centre of Copenhagen, it has views of the Swedish coast and is popular with windsurfers and kitesurfers.

On the way our hosts helpfully pointed out architectural highlights, recommended other swimming spots (Ofelia beach was one of them) and suggested a few places to sample good smorrebrod, or Danish open sandwiches — restaurant Skindbuksen (skindbuksen.dk), near Kongens Nytorv metro station, and Slotskalderen (visitcopenhagen.com/eat-and-drink/slotskalderen-hos-gitte-kik) near Illum department store were their hot tips.

But if you want to be in the heart of the action at night, the meat-packing district in Vesterbro is the place to head for. It was buzzing the weekend we visited, with restaurants like Pate Pate (patepate.dk) and Fiskebar (fiskebaren.dk/en) serving fresh, local ingredients to a packed-out crowd of food-lovers.

From fine food to fine art
Keen to balance all that eating, drinking and relaxing with some culture, we spent our last day at Louisiana (louisiana.dk/dk), a beautifully conceived private gallery in Humlebak a short distance out of Copenhagen, with a strong collection of modern art. When we visited they had Picassos, Sam Taylor-Wood videos and a David Hockney iPad drawing exhibition. Plus there’s a dangerously well-stocked design shop.

For the sake of my bank balance, it would definitely have been cheaper to stay at home and rewatch The Killing. —

Roll it up and eat it

People living near the refinery were subjected to two hours of dirty smoke from the refinery, the South Durban Environmental Alliance said on Saturday.
Environment

The trafficking of scales is no longer a ‘niche’ criminal activity, but a serious and organised crime that threatens to make all eight species extinct within 20 years
Opinion

It’s taken 17 years for the former president to stand trial for allegedly taking bribes. Expect more prevarication at his 17 May court date
Advertising