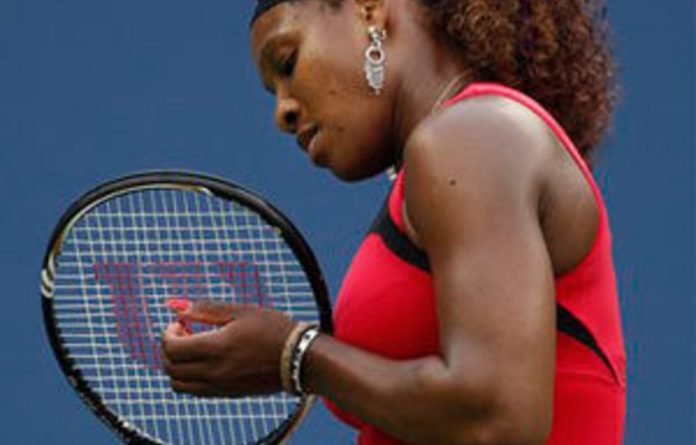 Serena Williams failed to put a storybook finish on her injury comeback and instead decided on Sunday to once again turn centre court at the US Open into a vulgar outlet for her frustrations.

Williams, whose outburst in the US Open semi-final two years ago cost her the match, is praised for her power-hitting and fighting qualities on the court but has also come to be reviled for a lack of self control toward officials.

Her latest incident, which came during a 6-2 6-3 loss to Australian Sam Stosur in the final, featured repeated outbursts toward a chair umpire who reversed a point against her for shouting “Come On!” while the ball was in play.

After the match US Open tournament officials said they would investigate the incident make a ruling on Monday.

Afterwards, Williams, who might do with a course in anger management, said she could not remember her outburst, claiming it was all in the heat of the competitive moment.

“I don’t even remember what I said. It was just so intense out there. It’s the final for me. I guess I’ll see it on YouTube,” she said. “I was just in the zone. I think everyone, when they play, they kind of zone out kind of thing. I don’t know, I’ll see it later I’m sure.”

Williams, who returned to competition in June after missing nearly a year with injuries and health problems, had hoped to crown her fightback with a grand slam victory 10th anniversary of the September 11 attacks.

Instead, her ugly talk turned back the clock, recalling the disgusting rant two years ago when she used several profanities and threatened to shove a ball down the throat of the lineswoman who called a foot fault.

Losing composure
The 13-time grand slam champion lost her composure on Sunday after an apparent forehand winner was taken away from her at the close of the first game of the second set for screaming as Stosur strained to put her racket on the ball.

The chair umpire took the point from Williams and awarded it to Stosur, giving her a service break and a 1-0 lead.

Williams, who became enraged and jawed at the umpire after the call was made and during the next changeover, tried to use her fit of pique to fire herself up.

“I tried to get more fired up and kind of get more like into it and kind of just get more Serena-esque and into the match and get going and stuff like that,” she said.

But Stosur was just too good on the day.

Williams wanted to look on the positives of her bounce-back that took her to the final of the US Open in just her sixth tournament of the year.

“Six months ago in the hospital I couldn’t even stand up, but thanks to my parents and sisters and everyone else I’m here.”

Williams said she was eager to get back to work on winning her next grand slam title.

“I’m definitely going to go home and train. I live for the majors and I look forward to playing Australia.” — Reuters