We’ll fight them at the benches, says AfriForum 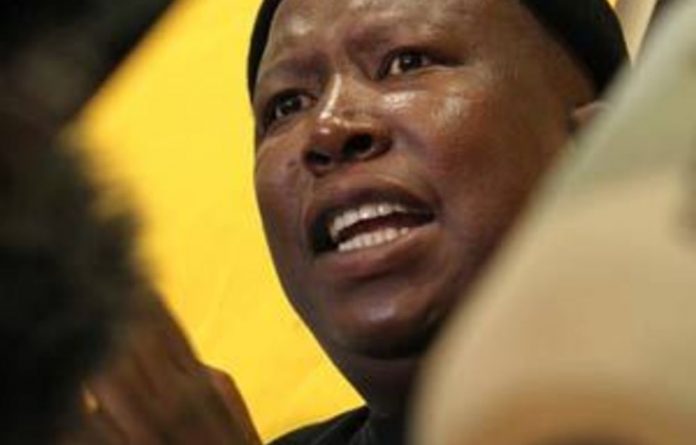 Civic group AfriForum says it will fight any attempts to overturn the ban on the singing of the struggle song Dubul’ ibhunu (“shoot the boer”) after the ANC Youth League accused the group, and South Africa’s white minority, of having “too much power” and vowed to challenge the ban in the highest courts of the land.

“While the ANC Youth League is still claiming that Malema’s inflammatory statements are not to be taken literally, people are literally being killed,” AfriForum’s chief executive officer, Kallie Kriel, said in response to the league’s announcement that it intended to appeal the Equality Court ruling.

The youth league slammed the judgment given by Judge Colin Lamont on Monday that singing “shoot the boer” was hate speech, saying his findings were a “misrepresentation of reality” and that the court was being controlled by a “coloniser”.

The league vowed to appeal the ruling in the supreme court and the Constitutional Court, and ask Parliament to draw up legislation to protect struggle songs.

But Kriel said this would further polarise the nation.

“It is unwise and polarising for the youth league to continue the fight for the right to dehumanise Afrikaners by calling them dogs and encouraging violence against them,” he said.

In his ruling, Lamont translated the words of Dubul’ ibhunu words as: “They are scared, the cowards, you should ‘shoot the boer’ — the farmer! They rob, these dogs.”

Extrapolating to genocide
“All genocide begins with simple exhortations that snowball,” Lamont said in his judgment on Monday, adding that South Africa was a signatory to international treaties on genocide.

But Malema rubbished ideas that the song could lead to genocide.

“Why are we told of the potential to cause genocide even when we didn’t do it under apartheid?”

History does not have to be remembered by struggle songs
Lamont on Monday suggested that the ruling party find new ways to celebrate and remember history.

“If the words do constitute hate speech, does the fact that they have a place in our heritage vest an overriding right in the singer to sing the song and make the gestures?” asked Lamont, referring to the machine-gun actions made by the youth league leader while singing the chant.

Malema mocked the judge’s ideas, asking how a white man could tell black people how to remember their history.

“The judge says we must learn new morals — but from whom?” he asked

“What does freedom mean?” he asked. “[The white minority] is still in control of our lives, but this generation has a mission to turn things around.”

“No coloniser brought land to Africa, and no settler will impose on us how our lives are lived,” agreed the youth league’s secretary general, Sindiso Magaqa.

“The judgment has criminalised the struggle against apartheid,” he added.

The league’s deputy president, Ronald Lamola, said they would not instruct members to sing the song in defiance to the court ruling, but that “comrades will continue to sing revolutionary songs” and would do so spontaneously.

‘Lacking democratic values’
“What the judgment revealed,” said Magaqa, “is that despite the political democracy and majority rule, the minorities continue to control South Africa through courts and control of the South African economy”.

Malema agreed, saying the league was “being subjected to white minority approval”, and added that civil rights group AfriForum had “too much power”.

How minor is the Afrikaner minority?
The league took aim at comments made by Lamont in his judgment ruling that the Equality Act should be used to protect minorities because they were “particularly vulnerable”.

Afrikaners were a minority, and the court “has a clear duty to come to the assistance of such affected people”, Lamont ruled.

But the league said the judgment showed that the judge was “concerned with the protection of a minority’s interests at the expense of the black majority’s aspirations”.

“All laws in South Africa are designed to protect all citizens equally,” said Magaqa.

“Twitter is controlled by imperialists,” said Malema, adding that he could do nothing to stop people using accounts in his name.